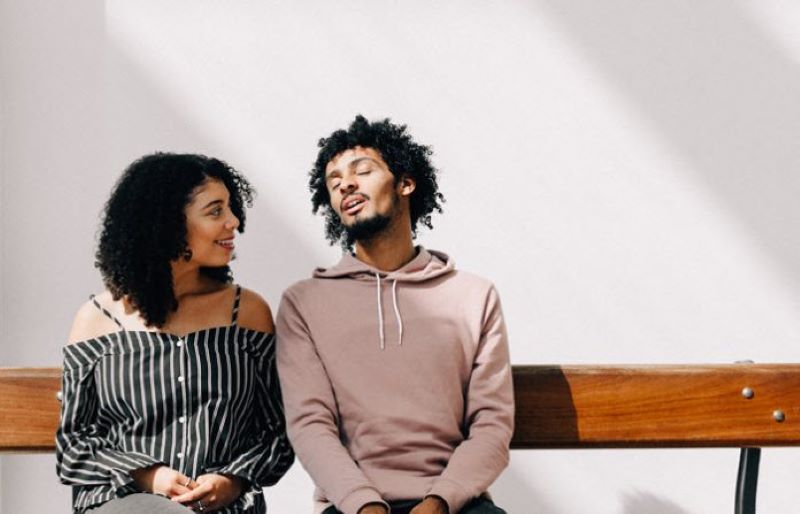 “We’re just friends.” This is the most common rationale people who end up emotionally cheating tell themselves. “I’m not emotionally cheating – this is just a friendship.” It’s also the explanation they’ll tell their partner and others when questioned about the relationship.

So, what’s the difference between emotional cheating vs. friendship?

That’s a very important question to know the answer to, especially since crossing the line from a friendship to cheating, particularly emotionally, is very easy to do today with all of the ways we have to easily connect with people. It’s also extremely common.

The Difference Between Friends And Emotional Cheating

When Paige joined Ted’s work team he didn’t pay much attention. She was assigned to someone else and his interactions with her were infrequent. A couple months later she was reassigned and he started working around her regularly.

Then one day they had to drive together to a work site. When he spent 4 hours in a car with her, he began to find her interesting. He told me later on,

“She was really cool and fun.”

That’s the day when their friendship started. Paige was 26 years old, single, and starting her career. Ted was 49, married for 14 years, with 2 kids, and 21 years into his career.

She was physically attractive he admitted, but more than anything he said she was just a lot of fun.

“We laughed so much. She was just like one of the guys.”

Ted and Paige worked together, but they also had fun together. What’s wrong with that? Nothing, except that they never set limits on their relationship.

Over time Ted began to feel closer to Paige than he did his wife. They developed an emotional connection that became stronger than the one he had with his wife. Somewhere their relationship moved from just being work friends to emotional cheating. Ultimately, it became physical too.

Of course, his wife found out. His marriage is still a mess even more than a year later, and Paige has long moved on. Ted is a real guy (that’s not his real name though). I’m counseling Ted right now in fact, helping him to put his life back together.

Just as with coworkers, old friends and exs are other common connections where a friend relationship can turn into emotionally cheating. Here’s an example:

Say your girlfriend is friends with her opposite-sex best friend and you honestly can feel some sort of tension between you and him. Now your girlfriend is so called innocently flirting with her friend and I don't know nothing about it. Not saying she's doing it to be sneaky or intentional, but is innocent flirting bad or is allowing it okay in a committed in serious relationship when your partner already stated that he considers anything you normally would do with your partner as cheating? Is it really cheating if it’s a friend? Is innocent flirting also cheating even if it's not intended to show interest and it's not going to go anywhere, but you know your partner is uncomfortable with how close you are to your opposite sex friend and the innocent flirting you do that he doesn't know about.” -Wes

A lot of people want to debate what truly qualifies as cheating. Wes and his girlfriend are doing this too.

Ask Ted if he cheated and he’ll say, yes. Ask him how and he’ll say physically. Ask if he was emotionally cheating and he’s not sure because he doesn’t really know what that means. He’d say he became friends with Paige, they got close, and then they started having sex.

When Do You Cross The Line?

Determining the difference between emotional cheating versus a friendship can be tricky. One of the biggest reasons for this is because in both situations you start off as friends. The difference is that an emotional affair goes much deeper.

Here are 3 common ways people build an emotional connection that moves the relationship from a friendship to emotional cheating:

You may be thinking that some of this looks like what people do with a best friend. That’s true. However, not everyone practices healthy boundaries in their friendships as far as having limits on what they share with a friend.

Where it really crosses the line into emotionally cheating is that the “friend” begins to replace your partner as far as who you wish to talk to, connect with, and confide in.

You know that feeling of eagerness to share some exciting news, like getting a pay raise or beating your best score at golf? “I can’t wait to tell _____”

Who comes to mind first – Your partner or friend? Who do you want to tell more?

The answers to these questions are a big clue as to whether you’ve moved from a friendship to emotional cheating.

Another clue is that in most cases emotional cheating happens with the opposite sex. If you’re a guy and you can’t wait to tell your friend Steve about the job promotion, that’s usually fine (again as long as he hasn’t replaced telling your partner). However, if it’s Susan you must tell first, that’s a problem.

My husband is 41 but has been seemingly going through a MLC since he was 33. We have been together for 16 yrs & married for 12. He was always caring & loving to me until he started playing an online game 8-9 yrs ago. Then he started ignoring me & the boys. I found out that he was messaging & texting other women saying things to them that he used to say to me. I had gotten to the point I couldn't take the emotional cheating anymore & moved out for about a month. I couldn't take that either because I had left the boys behind & I didn't get to see them much. About the time he really got into playing the online game he moved into the basement & has been down there for the last 7 years. Last week I asked if he wanted a divorce, since he doesn't talk to me unless he absolutely has to & he said where did that come from? He said he won't go to any counseling. I don't know what to do. I feel like I can't be normal around him.” -Jen

And lastly, another key distinction between an emotional connection with a friend vs. cheating is the secrecy. As Wes shared at the beginning, this is one of the biggest points for him. This was probably a big of the hurt for Jen when she discovered that her husband was texting other women.

It’s pretty universally accepted that having sex with someone who’s not your partner without your partner knowing is cheating. Some would argue that any form of physical affection qualifies, not just sexual acts. With the increased acceptance of open relationships others would argue the problem arises only if it’s done in secret.

What sets emotional cheating apart is that it often has no sexual or physical affection in the relationship (typically not yet). Often, it’s just a matter of time, but not always. In fact, there can even be no romantic feelings at all, which is another thing that can make it difficult for some to see it as really cheating.

Emotional cheating really can look like a friendship when it occurs with someone of the same sex, like a friend or coworker, or even a family member.

A simple way to think about intimacy is closeness. And when evaluating a friendship compared to emotional cheating, ask yourself if you are closer to the other person in any way more than you are to your partner.

Here are a few examples of the what being closer can look like when someone is cheating emotionally:

When you become emotionally closer to the other person the end result often looks like this:

My wife wants me to contact you because she wants to make sure I don't make a big mistake during my midlife crisis. I want a divorce and I am well set on that path having filed in the beginning of the month. I have been emotionally cheating on my wife with a younger woman for six months. I want to be free of ties (no children) to go off and do whatever I want. I realize that I have many symptoms of a midlife crisis; however, I am dedicated to my path. My wife wants me to read your input.” -Alan

A lot of people are like Ted, Wes’ girlfriend, or Jen’s husband and don’t realize when they’ve moved from a friendship into emotionally cheating. But they should. Nearly everyone has an idea they’ve crossed a line and are doing something wrong. They just don’t want to admit it.

If you can relate to any aspect of the “just friends” vs. emotional cheating struggle, regardless of whether it’s you or someone you love, just admit it could be possible. Don’t stick your head in the sand and ignore it like most people. As the stories I’ve shared show, it only gets worse if you don’t do anything about it.

What’s your experience with emotional cheating vs. being friends? Please share what that’s like with other readers and you’ll likely get a response.