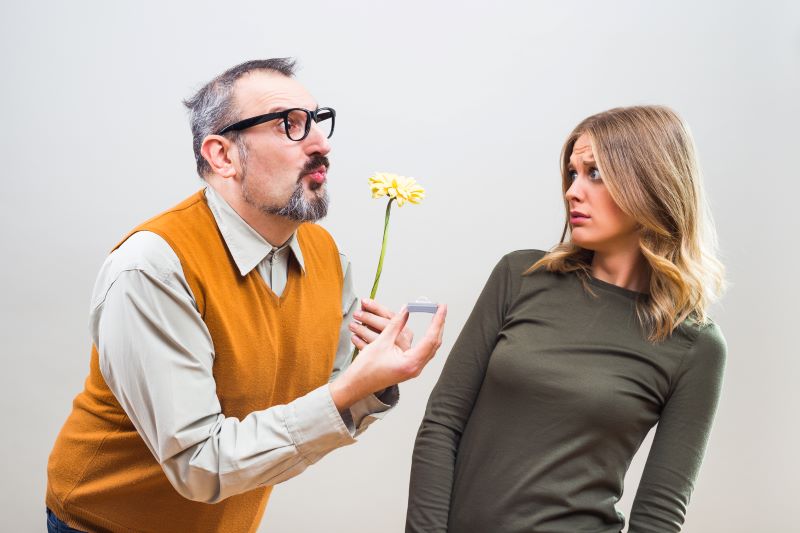 Most of us have experienced the feeling of being in love, or thinking you have found the one, and know that it can be pretty amazing. You’re excited, happy, want to spend as much time as possible with the other person, and want them to love you back. But what if what you’re feeling isn’t love and is actually limerence? Would you know the difference between love and limerence?

The difference between love and limerence can be hard to see for many. In fact, many may not even know what limerence is, although they are likely to recognize many of the symptoms. Unfortunately, it can be easy to mistake limerence for love and end up in an unhealthy situation.

Limerence is a term coined by Dorothy Tennov in her 1979 book, Love and Limerence: The Experience of Being in Love. In her book she describes limerence as, “an involuntary interpersonal state that involves an acute longing for emotionally reciprocation, obsessive-compulsive thoughts, feelings and behaviors, and emotional dependence on another person.”

Although limerence and love and can look a lot alike, especially at the beginning of a relationship, they are not the same thing. Discerning the differences between the two can be difficult, however, because passionate love shares some similarities with the intensity that a state of limerence can bring. But when you look closely enough it’s clear that limerence and love are two different types of emotion and stem from different needs.

Limerence is a desperate feeling of love and affection directed at another person and, more importantly, to be loved by that person or the limerent object. Yes, that sounds like the love we all may have felt at one point or another, but in the case of limerence it borders on obsession. And those feelings, especially in their intensity, may not be returned.

The limerent sufferer wants a relationship with the limerent object and may imagine that there is a relationship when there’s not. They also tend to be more concerned with inspiring the object of their affection to reciprocate the feelings rather than creating a healthy relationship with a mutual emotional connection. These emotions and their intensity can be exhausting for the limerent suffer leading them to disengage from other areas of life. And when the person they desire doesn’t feel the same way or love them back they often look for more and more extreme ways to change their minds and create a relationship.

The Symptoms Of Limerence

So when you are falling in love how do you know if it’s love or limerence? Even though seeing the difference between love and limerence can be difficult, there are some key signs and symptoms to look for. Take a look at the following and see if any sound familiar.

I hate it. I'm completely attracted to a person with whom a relationship would never work. I try to wash my thoughts of him out of my mind every minute of the day. I don't see him very often but I'm constantly unconsciously looking for him. I anticipate every conversation that I might have with him and try to prepare any responses I might have to him. When he's in the room I'm completely aware of where he is and what he's doing. I can't get him out of my head for a minute. I have to purposefully avoid him however possible - because any contact whatsoever sends my mind spinning for days.”

These symptoms are clearly not those of a healthy love relationship. Love, although exciting, is a more calming emotion. It can provide a feeling of peace and internal satisfaction that limerence does not. Quite to the contrary in fact – limerence can often put a person in a state of persistent agitation.

Some will read this and think, “hmm…sounds like it could be love, no big deal.” Unfortunately, for the limerent these feelings are a very big deal. Take a look at this description from a limerence sufferer who expressed her sadness and frustration in a forum for limerence.

I need this feeling to end. I am a mess, I cry all the time.. I want to be over her so bad but can't. I feel like I broke myself and now don't know how to fix me. I think about her every minute of the day. Why can't I just move on? I have fleeting moments where I feel better and hope it’s the start of recovering and then 10 minutes later I'm crying because I miss her so much. I can't bear another day of this. I am in hell.”

This desperate feeling of needing someone else and being unable to move on is typical of a person experiencing limerence. It’s painful and unyielding and can have serious repercussions.

In addition to disrupting the life of the sufferer, limerence can potentially lead to controlling or abusive behavior toward the limerent object, such as cyber-stalking or emotional or verbal harassment. In other cases it may lead to depression in the sufferer who feels like they can’t live without the other person and their affection.

Who Is At Risk For Limerence?

Potentially anyone. In fact, some will say that the beginning of a relationship when two people are captivated by one another is a mutual state of limerence. In this case, however, if it’s a healthy connection, the feelings calm, are reciprocal, and settle into a happy state. This is one of the differences between actual love and limerence.

More commonly, a person at risk for limerence is someone with a history of anxiety, self-destructive behavior, or in a state of unhappiness or dissatisfaction. People in these circumstances may be more easily triggered into a limerent state than others.

Suffering from limerence during a midlife crisis, or while in an unhappy marriage isn’t uncommon either. Midlife can be a time of change and reevaluation, and for some this can be quite difficult. People may seek to make sweeping changes in their lives and question everything they currently have – including their relationships. This may mean that a person is susceptible to new relationships and affairs and these can be one-sided on the part of the person in crisis.

A limerence sufferer who is also experiencing a midlife crisis described his affair in the limerence forum by saying the following,

I feel like I'm losing my mind.. my GF ‘broke up’ with me about 3 months ago. We had an intense physical and emotional affair. I felt like I had moved into another world; an all-consuming state where my needs were the acting out of a script, which made no sense to me, or anyone else at the time. But it felt “right”, authentic, deeply personal, and profoundly necessary. We are both married with children and used to work together and no longer do. I moved on to another job. I was semi-happy when she dumped me because the double life was hard, lots of sneaking around but I would have left my family for her is she asked for it. We talked many times about being together but came to realize it was impossible.”

We all want to feel love. And most of us have been in a situation where we feel that we love someone more than they love us, or where our feelings aren’t reciprocated. Although painful, those are both rather normal experiences and most of us move on and get over things. The limerent person, however, does not, at least not quickly or easily.

Dr. Kurt has worked with people dealing with limerence. In his experience there are some common contributing factors. According to him,

Another factor that contributes to the development of limerence rather than love is a person's self-esteem. The need for a limerent object's acceptance, desire for and love from them is driven by a lack of internal belief in their own value. Since they do not believe in their own worth they need, often desperately, to have someone else provide it. This is one of the reasons why limerence can occur during a midlife crisis or other period of questioning and self-doubt. In my work with those in midlife crisis and their partners I've also found that partners will often grab ahold of the concept of limerence to explain the sudden, irrational, infatuation-driven behavior of their mate.”

If you think you are dealing with limerence it’s time to figure out why. Why are you so focused on this person that you are putting other areas of your life at risk? The answer to that question is likely not simple and will take some time to work though. But once you are able to understand the root of your feelings you will be much more likely to see the differences between love and limerence and engage in healthy relationships.