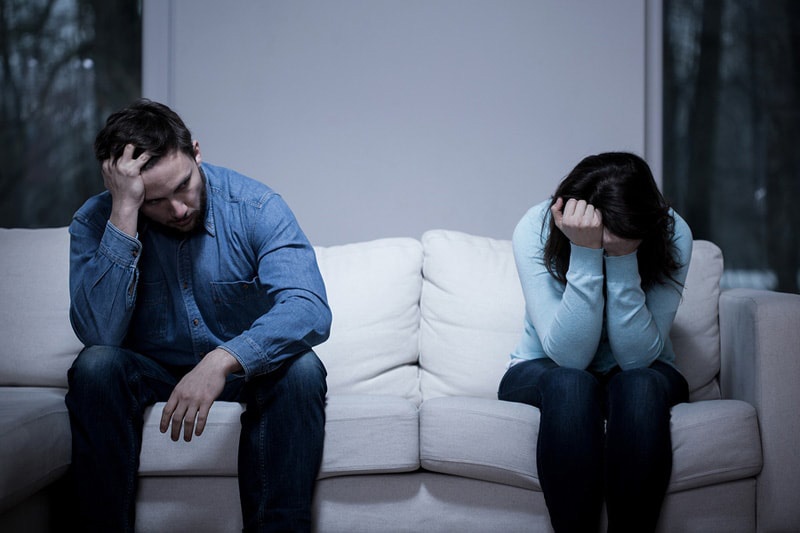 At first, surviving infidelity isn't even imaginable. How can you survive when your life is over? How will you ever get your life back? Isn't it gone forever?

The shock, actually it's really horror, that your partner could do this to you makes surviving infidelity seem impossible. Then comes the hurt, which can be overwhelming and suffocating all at the same time. Next comes the anger. For some, these feelings are separate and distinct, but for others they come all wrapped up in one gigantic ball of pain.

Despite the unbelievable pain, surviving infidelity isn't just a possibility, it can be a reality, and some couples even learn how to thrive afterwards. I've counseled couples broken apart by a cheating spouse who were engulfed in the shock, hurt, and anger, but found their way through it, worked hard to change themselves and heal, and came out on the other side better, stronger, happier, and more in love than before. Yes, believe it or not, but this can and does happen.

How people respond and deal with infidelity makes all the difference in not just surviving, but in what the end result turns out to be. Recovering can be a long, twisted, uncertain path, for sure. Yet it can have a positive ending.

As justified as an angry, hurt, 'get even' response can be, it is still likely to push your partner further away from. When you're already torn apart by infidelity, further separation and division doesn't help your relationship survive. So do your best to strike a balance between expressing your feelings and minimizing the further damage they can cause. In recommending this I'm not trying to protect the person who did the 'wrong,' but simply suggesting ways to minimize creating even more destruction than has already occurred.

I'm just now finding out about his infidelity. He admits that its been multiple affairs N he not sure if he is in love with me or if he even can love anyone. I'm confused about everything n hurt. He is such a good stepdad to my son n use to be a great boyfriend." -Natalia

Focusing On The Other Woman

Another common response is to focus on the other person - the other woman or other man. Many partners actually direct their negative feelings about their partner at this other person because it's so much easier and safer. While this person shares responsibility, they're not the person you're in the relationship with and so ultimately they aren't really relevant. Confronting the other woman is a mistake as it takes away from the more important matter of addressing your broken relationship with your partner.

My husband and I have been having issues surviving marital infidelity for approximately 1 1/2 years. I found out he had an affair with my sister the day or day after I birthed our daughter. I did leave for a while and came back. I still have trust issues wasn't upset so much as hurt about the infidelity, but I had cheated before marriage never while married so I couldn't really be to angry. We both made mistakes is what I told myself. What I was so angry and still upsets me is he lied to me about the affair for 3 1/2 years. They both stated it only happened once, so I let it go, but then the rumors started happening again..." -Sheryl

What To Do After Infidelity

What to do after infidelity has been disclosed is frequently a source of disagreement and conflict between partners. The offender usually wants to move on, while the hurt partner needs to work through the shock and pain. This tug-of-war between talking about it over and over for hours and hours (what the offender dreads), and never talking about it again (what the wounded partner fears), usually creates even more animosity between partners.

I am so hurt by my husband's infidelity and not sure our marriage will survive. We had gone to a counselor and every time the session was over I felt more hurt than before because of the surprise info he would finally reveal to the counselor. Whenever I asked questions on what he thought our problems were which would make him have an affair he would clam up and say he can't talk about it and I won't listen to him anyway. I have not gotten over him having an affair and although it occurred 6 years ago it still feels like yesterday for me. He gives half apologies such as I'm sorry you were hurt or that this situation got so out of hand. He apologized to the women involved for hurting them but never did he say that to me. I am still very hurt and I feel maybe we should go our separate ways but yet a part of me still feels that I should at least try for the kid's sake. I feel so depressed. I can't seem to find happiness in anything I do and it is now affecting my relationships with my children. I just want the hurt to stop." -Brittney

Having a professional counselor help mediate and navigate this difficult path is invaluable. Surviving infidelity, and ultimately recovering and being better off, requires psychological insight, guidance, and wisdom for both of you that only an experienced professional can provide.

Surviving infidelity is really, really tough, but it is possible. It requires self-control, patience, and a willingness to change and heal, which is hard - yet this is also the smartest and best thing you can do for yourself.