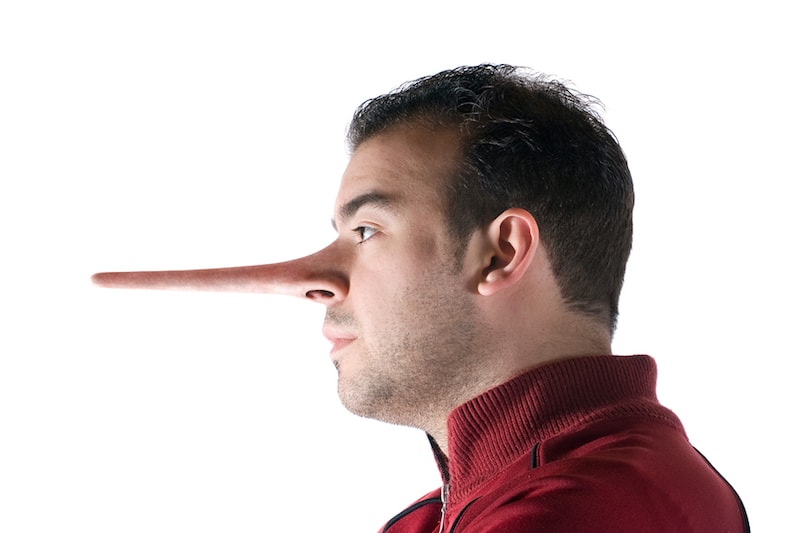 We're all capable of making excuses, covering up, and even lying about our behavior. It happens for reasons that are both big and small. For some, however, it can seem to be a regular occurrence. And when the lying and covering up is about really bad, hurtful choices that have been made this response in particular can destroy a relationship. So when we have a partner cheating and doing this, especially if it’s happened more than once, it's easy to wonder . . . do all men cheat and lie?

Why Do Men Cheat And Then Lie About It?

Let's take a look at the following post I wrote on social media about making excuses for cheating. 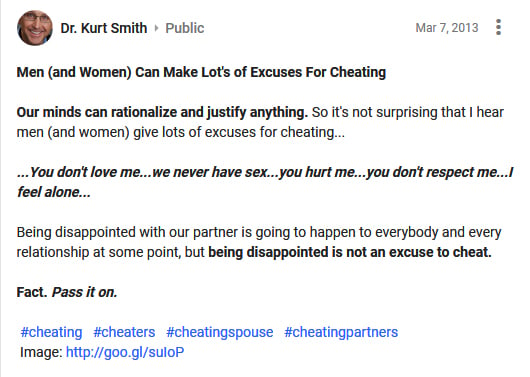 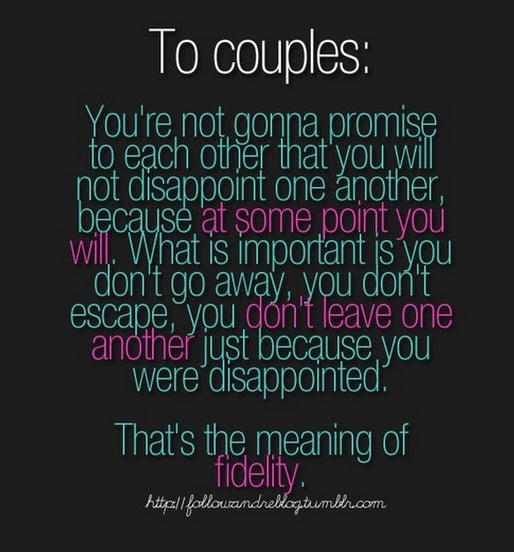 I work with couples dealing with cheating quite a bit. Although every circumstance is somewhat different, there are many commonalities. Here's a not so uncommon story about a partner cheating and how it can happen. See if you think this guy fits the belief that all men cheat and lie.

Rico and Elise have a rocky, contentious relationship. They can describe times when they really enjoy being together, and then other times when they can't stand each other and think about getting divorced. A regular part of their relationship is fighting. Since Rico travels a lot for work, when they fight it can be pretty easy for them to avoid each other for days afterward.

Recently they were fighting over something to do with Rico's involvement with his first wife (they have child and financial connections still). This fight happened to begin on a day he was leaving town, so the fight continued in the car on the way to the airport. When Elise dropped him off at the airport, there was no kiss good-bye, no “"I'll talk to you tonight," just silence as they both looked forward to the relief of getting away from each other.

On the trip Rico met someone in a hotel bar. She was someone else traveling for work, unhappy in her relationship, feeling lonely and looking for some positive attention too, and they hit it off. One thing led to another and they ended up sleeping together.

Did Rico set out on his trip looking to cheat on and then lie to Elise? No. Did it happen and is he still responsible for his behavior? Yes.

Rico didn't do a very good job covering his tracks and Elise discovered text messages from the other woman within two weeks. When she confronted him, he denied it, lied about who she was and what had happened, but after a week of this he eventually admitted he'd cheated. But in between his denial and admission was a long series of lies and excuses.

The Consequences Of Cheating And Lying

Rico and Elise were already having problems. Their communication was poor and they had grown apart. Although not an excuse, for these reasons it was easier for Rico to make a very bad choice. That choice and the way he handled disclosing it (or not disclosing it) has put Rico and Elise’s marriage on the verge of divorce. So, in an effort to see if they could salvage their relationship, they chose to try counseling.

Elise asked me in a marriage counseling session the next week, why would Rico lie, and do all men cheat and lie? I told her that unfortunately almost everyone lies about cheating at first.

None of us wants to admit we did something wrong or bad, so it's a natural self-protection response for us all to have our first response not be truthful. As I wrote in the social media post above, "Our minds can rationalize and justify anything. So it's not surprising that I hear men (and women) give lots of excuses for cheating . . . You don't love me . . . we never have sex . . . you hurt me . . . you don't respect me . . . I feel alone." For Rico it was, "I thought we were finished and getting a divorce."

But none of these reasons, or excuses, gives us permission to cheat. Do all men cheat and lie? No, not all men cheat, but those who do will almost always lie about it at first. Many actually question if they should ever tell their wives they cheated at all. Unfortunately, the longer the lie goes on the easier it is to fool yourself into thinking your cheating didn’t hurt anyone, which sadly leads to a higher likelihood they will cheat again. No harm no foul, right?

Cheating is not okay, nor is lying about it, but lying is a pretty typical human response when we do something we know is wrong. After all, we're all capable of acting like we're 8-years-old sometimes. The hope, however, is that we remember the lessons we were taught at 8 – don’t lie, you will always, eventually, get caught.

Please do not leave this post thinking I'm saying cheating is okay, because it's not. However, knowing whether all men cheat and lie, and understanding some of the reasons why many do can help you have a better response to the shock and hurt of being cheated on. This post is about understanding cheating men and their behavior, not accepting their cheating.

Editor's Note: This post was originally published April 14, 2015 and has been updated with new information for accuracy and comprehensiveness.