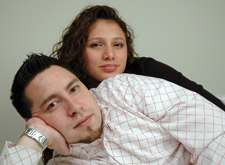 John knew his anger was a problem and kept trying to fix it himself. He searched the Internet for anger management success stories, but didn’t get help until it was nearly too late.

When John lost it in front of his wife and sons again — he knew this time he'd crossed the line. Looking back, he doesn’t know why he threw the salt shaker at the oven in front of the whole family. It just happened.

Afterwards, he realized that his reaction was overblown, as well as being hurtful to his wife and children. He hated the intense guilt he had after a blow-up. He apologized to everyone in his family, but he could tell that they were uneasy around him. He also hated that this family was afraid of him.

John’s wife, Sharon, had been asking him for a long time to get control of his anger. He thought he could do it by sheer will or by counting to 10, as so many websites advised him to do. Nothing worked. Nothing he tried could turn him into one of the anger management success stories he wanted to become. So he turned to Guy Stuff Counseling for help.

John came to Guy Stuff where Dr. Kurt Smith understood what John was going through. Dr. Kurt has struggled with anger issues, too. John immediately felt comfortable sharing and discovered his triggers. He learned 5 tools he could use to stop his anger from getting out of control. He also found out where his anger comes from and began to manage those sources. John’s family is much more relaxed around him now, and he no longer has to feel such intense guilt.

I didn’t want to talk to a 52-year-old woman about how angry my wife makes me. You know what it’s like to have anger issues, and that made me feel more comfortable.