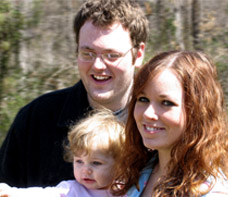 Dan knew that Eileen hadn't been happy in their marriage. He'd hoped things would blow over, and that she'd get past whatever was making her unhappy. Instead, she served him with divorce papers and he found himself facing the possibility of losing everything he'd work for.

Dan didn't know where to start. He wondered how he would ever cope with this new reality. Would he still see his kids? Would he have to leave his house? How could he face Eileen dating and his children potentially having another father? His mind would spin and spin, so much so that he often had to lie down when the questions came too fast. Dan’s performance at work suffered. He considered a medical leave, but what about finances? He was too embarrassed to face his family. His life felt totally out of his control.

Dan’s friend Allan told him about divorce counselor Dr. Kurt Smith at Guy Stuff Counseling, and shared some of their divorce counseling success stories. Dan decided he didn't have anything to lose and gave it a try.

The divorce counseling helped immediately. Dan first learned some strategies to manage the rest of his life while dealing with the divorce. Then, because Dr. Kurt is trained in collaborative divorce and an Accredited Financial Counselor, Eileen agreed to go with Dan to Guy Stuff. To Dan's amazement, he and Eileen worked together on custody and co-parenting decisions, and even reached a financial agreement he liked.

Dan and Eileen are now living apart, but working to raise their children together. The divorce wasn't easy for anyone in the family, but Dan knows it would have been a lot worse without the expertise of Guy Stuff.

"You gave me the best divorce advice I got anywhere. You warned me to be careful of who I listened to, and you were right. Everyone has their two cents to share and most of it isn't good."

Next: How To Start