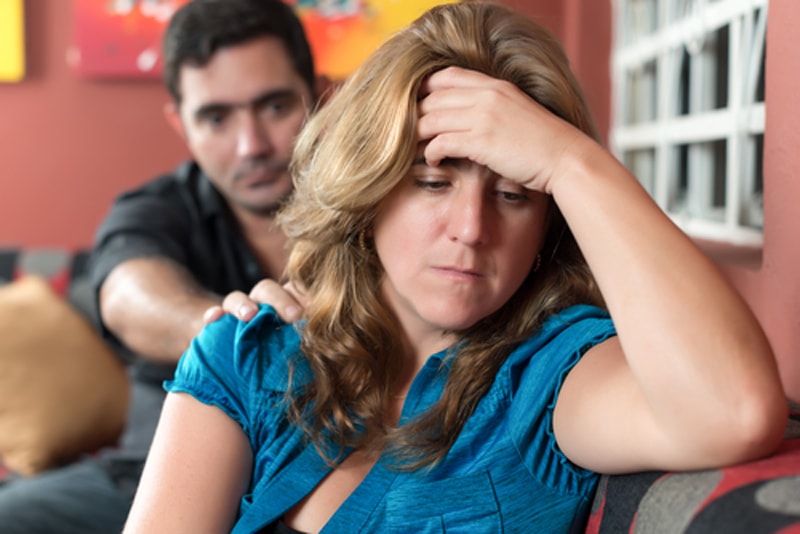 So you cheated. You didn’t really mean to, but the opportunity was there and you couldn’t resist, it just happened. Now you are feeling guilty and like you should make things right and be honest. You may still love your wife and feel like cheating was a mistake. But deciding if you should tell your wife you cheated is tough and more than a little bit complicated. Sound familiar?

Many men who have strayed wrestle with this. They may spend sleepless night for weeks, months, or even years pondering the question, “should I tell my wife I cheated?” So if you find yourself in this situation, what should you do?

The truth is that it isn’t always as black and white as saying “yes, tell” or “no, don’t tell.” There are a variety of things that need to be taken into consideration prior to coming to the appropriate conclusion. Let’s take a look some of the reasons that may prevent you for telling your wife you cheated, and some reasons that you should tell her.

What Would Prevent You From Confessing?

Mentally debating on whether to tell or not to tell can drive you crazy. You can make a case for either if you try hard enough. Not confessing and keeping it a secret can seem like the right thing to do when you look at things a certain way. For instance:

Keeping things quiet may seem compelling, but is it the best idea?

What Are The Reasons You Should Confess?

Well, to answer the question above as to why you would risk things like your relationship, kids and all the pain over a mistake, it is because it will only be worse later if you don’t. When Dr. Kurt has counseled married men who have cheated he has told them,

As shocking and unbelievable as this is going to sound, it's true. The biggest and best reason that telling your wife you cheated is a good idea is that it can actually make your relationship better. Yes, I said better, not worse. Sure the initial disclosure and working through it is rough, really rough. However, telling her gives you both the opportunity to rebuild the relationship from the ground up. Cheating is just a symptom of bigger problems. Telling her gives opportunity for those problems to get resolved. I've helped a lot of couples do exactly this, so it is possible. They all thought I was crazy when I first told them this too. A couple told me last week that they marvel at how much better their marriage is a year later and they owe it to getting honest with each other and working through their problems after she found out he's cheated their whole marriage. The alternative is to keep hiding it, letting the guilt and shame eat away at you and the connection between you and her."

Yes, telling your wife you cheated will be one of the most difficult things you have ever done and one of the most difficult things she has ever had to hear, but it will be SO much worse coming from any other source, or at a significantly later date. If your marriage is going to survive an affair at all the chances of that happening are greater if you deal with it at the time and not later. Think about the following:

Face the music? Yes, probably so.

I know - you are still on the fence. You might be saying, “Should I really tell my wife I cheated if I KNOW it will never happen again?”

Here’s the thing, you don’t think it will happen again, but you also never thought it would happen in the first place. And having done something once that you feel you have gotten away with often gives you a false sense of security in being able to get away with it again. You start to think, “Well, it didn’t hurt anyone the first time and it didn’t really mean anything, so once more will be okay.”

It won’t. Cheating on your wife will eventually catch up with you.

I will start by saying just don’t do it. There are many, MANY other ways to handle the issues in your marriage. However, if you are reading this that ship has sailed and you are left with a really ugly choice.

I can’t claim to know how ALL women feel, but I think I can speak for many of them.

Know first that this wasn’t an “oops,” so don’t approach it as one. Please don’t tell us, "you didn’t mean to” or that “it just happened.” You didn’t accidentally trip and fall into an affair, you had a choice. Since you made a poor one you now owe it to your wife or partner to come clean. As a woman and wife I don’t want to hear it, I really don’t - but I NEED to. I would be far angrier and hurt finding out later in one of the many humiliating ways these things surface. The likelihood of forgiveness and any chance of reconciliation knowing that you willfully kept secret a betrayal of this magnitude could very well be too much to get past.

Not sure how to tell her? See a counselor. Quickly. Don’t let this fester and go on for weeks, months or years. A professional counselor can help you figure out how to tell your wife and, more importantly, why this happened. It is very likely that both you and your wife will need the help of a counselor in order to move forward.

Women heavily value respect and honesty. Not that men don’t, but I have known many women who once lied to will always keep a piece of themselves closed to the man who did the lying.

If you don’t tell us and we find out in another way, we will assume there have been others. You will be hard pressed to convince us otherwise. We will see nearly any woman you have interacted with as someone you may have slept with. I mean, you didn’t think we would find out about the one, why wouldn’t think there have been several? This goes to the annihilation of trust point.

Men, when you have made a mistake this large, your best option is to fall on your sword and deal with the repercussions. We may , under these circumstances, be able to find a way (with help and counseling) to forgive you. Looking us in the eye and confessing, and apologizing won’t make it okay, but it will demonstrate sincerity and some level of respect.

If you have cheated on your wife and you are wondering if you should tell her, spend some time thinking about what you really value and how you value her. You got married for a reason. Even if those reasons have faded or are hard to remember, your ability to honor the commitment you made is what is now at stake. Lying and keeping secrets won’t benefit you in the long run, but as they say, the truth may set you free. At minimum it will give you the best chance of being able to repair things, even if those repairs take a lot of time, effort and potentially help from a professional marriage counselor.