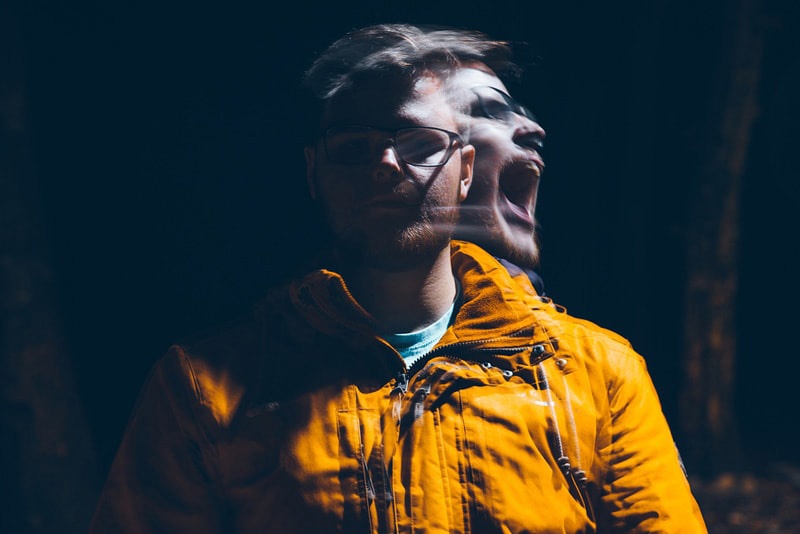 Many men are mad as hell. And our anger isn't just hurting us by doing things like destroying our marriages, it's also killing us.

You may think your anger isn't this extreme, or that you don't really get that angry, but if you're like most of the men I work with, anger is affecting you negatively more than you realize and in more ways than you know. All of us, myself included, need to take the destructive aspects of anger seriously and change some of our habits.

What Anger Can Do To You

Here are some interesting facts about extreme anger from the article Why So Angry? published in Men's Health. Take a minute and see what you can learn.

Here's what else this article had to say about needing anger management:

Considered alone, the symptoms of the disorder are easy to dismiss: a commuter flipping off a fellow driver in a traffic jam, a basketball player charging the stands during an NBA game, the guy I saw a few rows back screaming at the hot-dog vendor because he had no mustard left. But there's more behind an IED diagnosis than a few isolated acts of rage. "If you're blowing up a couple of times a week, you probably have the disorder," says Emil Coccaro, M.D., a leading anger researcher at the University of Chicago. "The average person shouldn't be having arguments and temper tantrums."

Anger is like cigarette smoking," says Howard Kassinove, Ph.D., an anger researcher at Hofstra University. In the short run, you feel good. In the long run, you're more likely to die of heart disease or stroke. People think it's macho to be angry. It's more macho to be alive.”

Michael Overstreet used to think his fuse was simply short. When the 46-year-old Minnesota engineer was 15, he chased his sister to her bedroom and booted away at the door until it splintered and he could see inside. Years later, he'd turn from loving husband to drill sergeant in a snap, leaving his 3-year-old son to referee between screaming father and sobbing mother. . . Finally, his wife had enough and ended the marriage.

Is it any surprise, then, that Overstreet's grandfather had anger issues and used to lash out when his mashed potatoes had too much gravy?

Most anger is productive. In Anger: Taming the Beast, therapist Reneau Peurifoy proposes a three-part test to decide whether your anger is helpful, rather than hurtful:

2. The level of your anger was proportionate to the threat.

Dr. Coccaro proposes an easier test to determine whether you should seek help: "Ask yourself: Does it get me into trouble?" he says. "It really is that simple. If people tell you that you have to calm down, or that you have an anger problem, you probably have one."

In fact, more than 30,000 heart attacks each year are triggered by momentary anger, according to a 2004 Harvard study. "People who have a lot of anger invest a lot of energy in trying to control it, and that kind of friction is likely to increase the probability of a heart attack," says Charles Spielberger, Ph.D., a University of South Florida psychologist who developed the most widely used test to measure anger. "The more intense the anger, the more likely the heart attack."

Last fall, Michael Overstreet felt like he had his anger licked when he took his fiancée to Breezy Point, Minnesota, for a friend's wedding. That night, they returned to the condo they were sharing with other couples, only to find the front door locked.

Suddenly, I began pounding on the door, and my friend's wife came out and confronted me," Overstreet recalls. 'I was screaming at her and calling her a bitch, saying, ‘Why the f--- am I locked out?' Some of the guys got protective and stepped in. It was an unsettling event for everyone."

The blowup was textbook IED: A simple argument rapidly escalated. Overstreet was forced to sleep in a separate condo, and, afterward, he wrote personal letters of apology to all his friends and their wives who had witnessed his outburst. The rush of guilt is another telltale sign of IED.

Soon after, his fiancée returned the engagement ring. But he's had no major blowups since then, and now the engagement is back on. He says that maybe, just maybe, he finally has his temper under control. His only regret is that he didn't seek help sooner. His message to men: Don't let anger destroy your life.

If you're a little like Michael, or the partner of someone who is, take his advice and get some help. Anger management classes can help you both can keep anger from destroying your lives.

What Else Uncontrolled Anger Can Affect

In addition to health issues posed by uncontrolled anger, there are also very real consequences when it comes to relationships and job stability.

One of the biggest contributors to abuse in a relationship is anger. This can take the form of physical or more often emotional abuse and can affect romantic and family relationships. Although most men who have anger issues have no intention of becoming abusive, anger is an emotion that can potentially take over if a person doesn’t have strategies in place for controlling it.

It can also present issues in the workplace as well. Men struggling to manage their anger often lash out at co-workers or demonstrate poor decision-making skills. This can make it difficult for some men to maintain employment or advance in their fields.

When you consider the effects of health concerns, relationship problems, and job stress, it’s not hard to imagine how anger issues can end up killing you. So, for the sake of your own well-being and happiness, gaining control over your temper and learning anger management techniques is crucial.

Editor's Note: This post was originally published Feb 20, 2010 and has been updated with new information for accuracy and comprehensiveness.