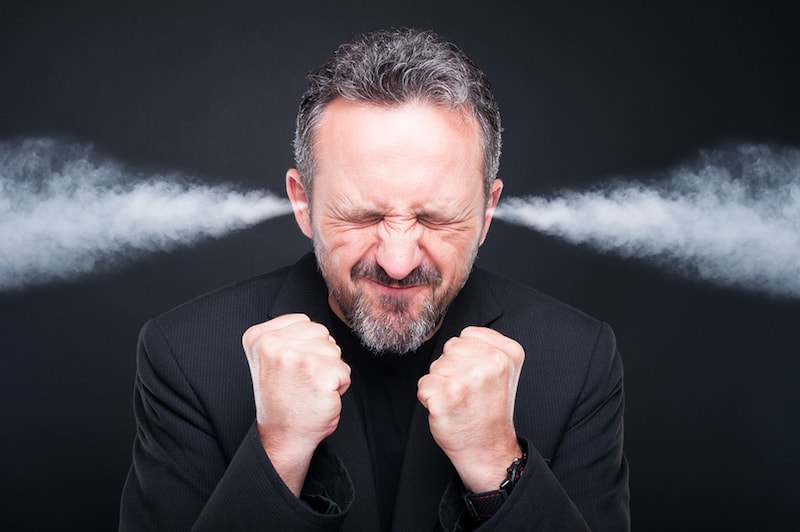 It's one of those strange things that can seem to come out of virtually nowhere. Because it can erupt with such ferocity the causes of anger are usually overshadowed by its intensity.

What people most often take away from an experience with a man or woman with anger problems is the damage that it leaves behind, and typically they cannot even remember what caused the person to get angry in the first place. It's sad.

What is even sadder is that for those who need anger management this can become a repetitive pattern. There's an episode of explosive anger, sometimes later on there's recognition and remorse, not always though, as most of the time there's just moving on like it never even happened. Even worse, learning the causes for anger and changing behavior rarely happens so the cycle just repeats. If you're married to a man who gets angry regularly you're probably very familiar with this pattern.

My wife and I recently separated. We're still living together but aren't sleeping in the same room. We hardly speak to each other as well. My anger has been the cause of this and I am trying to seek concilling help in my home town. I was needing advice to show her how I can change even though I have said I would in the past." -Vince

This is a common example where recognition and a desire to change only come after the wake-up call of a significant event.

Anger Is Caused By What?

Anger is most typically caused by one of three things:

Of these three, people are by far the most frequent cause. Partners, children, family members and other intimate relationships are where anger most commonly arises. Since these are the relationships that mean the most to people and are the individuals they say they love it's understandable to wonder why does the rage get vented at them. Primarily it's because these relationships are the most permanent we have, which makes them the safest place to expose the real you.

He has a way of ignoring my emotions when it comes to our relationship. Last October which is our anniversary month he broke up with me and told me he didn't love me it really broke my heart. Ever since we have been together he has never really acknowledged our anniversary he feels that it's for married couples and since we are not married we shouldn't celebrate or acknowledge it. Since we have been together the month of October has always been a time where I feel uncertain and insecure about our relationship. I tried talking to him about this but he always makes me feel bad about having these emotions he kinda ignores me which causes me to get angry and yell." -Andrea

Why Do People Get Angry?

There are a lot of reasons, but many of them boil down to few common underlying issues. We feel:

What can I do to not react with anger and frustration when she accuses me, directly or indirectly, of lying and secretly wanting to watch or look at porn like I used to? I love my wife very much and I hate that it took me so long to realize what I was doing to her. I want us to be able to move on and be able to talk about anything without starting a fight and not hurting her anymore or as little as humanly possible. I know fights are inevitable and feelings will always get hurt, I just want to show her I am sincere and that I am not hiding anything from her and I mean what I say." -Noah

Here are a couple more examples from men I've worked with of what the underlying causes of anger can look like in real life.

These descriptions are not intended to shift the blame or responsibility for these men's anger. All of these men are fully responsible for their angry behavior. It is wrong and needs to change, which is why they sought out anger management help. However, there are influences that contribute to the cause of anger that must also be acknowledged and addressed in order for lasting change to occur.

The causes of anger are usually multi-faceted and complex, as these real-life examples demonstrate. While the triggers for anger can sometimes be obvious, the underlying causes often require an expert in psychology to correctly identify. If you're like Greg, Dylan, or Kyle, don't be ashamed about asking for help. They did, and if the could they'd tell you, they would say that it's so worth it.