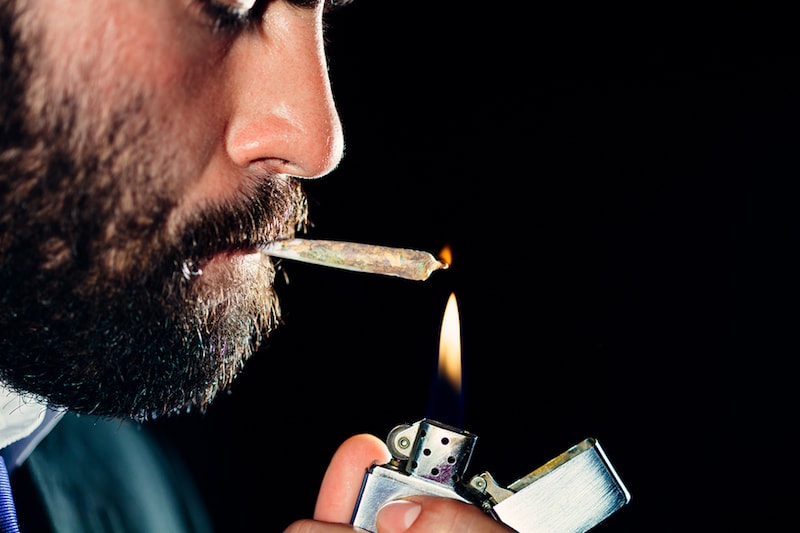 Many people smoke pot and think it's no big deal. Most of them would laugh at the suggestion that marijuana addiction could possibly apply to them.

Yet I'm finding in my clinical counseling work more and more people who are using marijuana for what they say are "recreational or medicinal purposes," but are having relational problems because of it.

Sadly, most of them don't see any connection between the two or the possibility that they may have developed an addiction to marijuana.

Unintended Problems Marijuana Addiction Can Cause

A guy I'm counseling, who's wife smokes marijuana because she has cancer, was really frustrated when on the rare occasion they were able to go out as a couple a few weeks ago she fell asleep during their dinner because she was stoned. Despite his understanding her reasons for using it for her cancer, he still believes she misuses it too and resents the impact it has on their relationship.

A couple in marriage counseling with me decided a few weeks ago that they needed to stop smoking pot in the evenings after their young kids go to bed. What were their reasons? They didn't want to teach their kids that smoking marijuana is normal, like their parents did for them. They said they recognize that using substances to cope with problems isn't physically or mentally healthy for them or their family. The wife remembers growing up in a house that "smelled like a pot farm" and she was embarrassed to have friends over because of it.

Unlike these 2 examples, it's much more common for people not to notice the negative impact on themselves and those around them. Here's a typical scenario of how marijuana addiction can arise and go unseen or ignored:

Like alcohol, in our society marijuana has become normalized as an acceptable way to de-stress and relax, and cope with physical pain. Unfortunately, it's also very easy to develop a dependence upon pot and for that to then become an addiction to marijuana. Some of the negative consequences can be seen in the behavior changes of Maria's partner, like his loss of interest in sex, being less functional and productive, and broken promises.

There are many negative affects of marijuana addiction that can easily be overlooked or not even seen as being connected to the drug use.

For instance, the guy above whose wife has cancer, they fight all of the time over a variety of topics, and mostly because they have a dysfunctional relationship and very poor communication skills. Because their relationship already has significant problems it's difficult to see what impact her marijuana addiction is really having on them. Yet clearly it is as the above example shows.

Any addiction is going to contribute to a partner being disconnected from the other partner and their relationship. The person is just not going to be fully present and available.Escaping from life's challenges through a drug like marijuana will make life more difficult, not easier.

Another couple I've counseled smokes pot together every night, but spends the rest of their relationship either independent of and ignoring each other, or fighting like cats and dogs. Sadly, one of the few things that unifies them as a couple is their shared dependence on marijuana. I believe it's also one of the things that keeps them from building a healthy relationship and experiencing real intimacy with each other.

Here's another example of the unintended consequences of having an addiction to marijuana:

About 4 months ago I met an amazing woman. We both fell head over heals for each other from the beginning and everything was great. We have never fought, disrespected each other, cheated, etc. we have been perfect. She lives a life of sobriety and had been for 5 years. I don't drink at all but about 2 months ago I started smoking pot. It turned into an everyday thing for about 4 weeks. I would never do around her or even be high around her. A few times she brought it up as something she might not be ok with as she was learning what she was ok with and not. We talked and she said she didn't mind that I did it as long as it didn't effect our relationship. During those 4 weeks looking back on it now, the last 2 weeks we've became disconnected and 2 days ago she broke up with me out of nowhere. She said she lost the love she had for me and said "I love you but I'm not in love with you." She wouldn't let me even have a chance or give me a try to make it right. I told her I would stop but it didn't matter to her she said because her feelings had already changed. I don't see how you can love someone one day with all your heart and be done the next. She looked at me like I was a threat to her sobriety. I don't know what to do." -Dylan

A lot of the times marijuana addiction doesn't look like an addiction. Does it look like Dylan became addicted in 4 weeks, or was he just abusing it? Does it matter? Isn't the result of losing his girlfriend what really matters? Clearly his smoking marijuana caused relationship problems for him, and more than we know because we're not hearing her side of the story.

Despite what many people believe and much of what is said in our society, developing an addiction to marijuana is becoming common. Even more important is the need to recognize the problems that come with it. You don't have to have a marijuana addiction that requires treatment in a drug rehab center to have a problem that needs to be addressed.