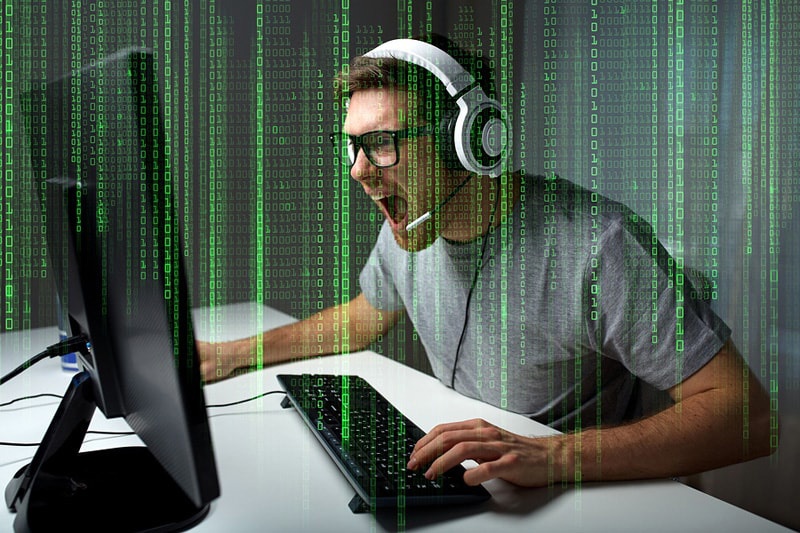 Sean loves gaming online. That in and of itself is not unusual, lots of people enjoy multi-player online games (MPOG). Few people though, like Sean, realize when their favorite activity has crossed the line from a harmless pastime to something more and become an online gaming addiction.

To Sean online gaming isn't an addiction -- it's just a fun way for him to unwind from the stress of work and family. It's also an activity he enjoys doing together with his 11-year-old son. So how can something that makes him a better dad be so bad?

What Impact Does Online Gaming Really Have?

Ask Sean's wife about what impact his gaming has on him and their family and you'll get a much different perspective. In the eyes of his wife, Sean’s online gaming has become a problem, not only for him, but for their entire family. And the most frustrating part if it for her is that Sean can’t see it at all.

One of the signs of an online gaming addiction is when playing begins to negatively affect other parts of your life. This can be true of many things. Hobbies like gaming that become all consuming and cause the core parts of your life to be pushed to the side (family, friends, work) have gone from being a healthy release to a problem.

Here are a couple of examples from Sean's life of what that can look like.

Sean routinely has conflicts with his wife over parenting their kids at bedtime. He really looks forward to 9:30 pm when the kids are in bed and he can get online for some "me time." When he's still dealing with getting the kids to bed at 9:40 pm he usually has a tough time controlling his anger.

Sean's been meeting with Guy Stuff for help with anger management and to work on fixing his marriage. During a meeting last week he shared some interesting revelations he's had about what he's now starting to see as his online gaming addiction and how it’s impacted his life.

He says that a lot of other guys are just like him and are online gaming at night. Because it seems like something other guys do too he didn’t think it was a problem. And it’s not like he’s having an affair or doing drugs. Heck, he’s not even going out of the house. At least that’s what he kept telling himself. Over the course of our meetings he has begun to see things differently.

It's like going to a bar. It's become my social life. We meet up online almost every night. Kill some monsters. Chit-chat about the day. Then realize, hey, I got to get up for work and sign off."

Why Online Gaming Becomes An Addiction

Through counseling Sean's realized that "some emotional gap is getting filled." It's not just men who are getting emotional needs met online either, it's women too. He says that he's surprised how many of the other players are women. He claims to be careful not to discuss too much about his personal life, but says many other people aren’t so cautious and there’s more sharing of personal or private information than is probably appropriate.

What Sean is now realizing is that the thing he thought was just a fun hobby has become an online gaming addiction. He’s even able to see what it’s done to his marriage, admitting that "I'm not there to some extent.” He’s also beginning to see how his addiction to online gaming is part of the reason that, according to him, "we've found ways to be apart."

It can be hard to see how an innocent recreational activity like gaming can be bad for you. Many people are just like Sean and see their game play as nothing more than a stress reliever. However, when you become addicted to playing and doing it negatively impacts you and other areas of your life then it's a problem that needs to be addressed.

Perhaps it sounds strange to compare online gaming to having an affair. But a lot of partners will say that the game console is like another woman to them in how it's so alluring to their partner and steals them away. So in many ways it can have the same affect as cheating -- just ask Sean's wife.

If you believe you, or someone you love, might have an addiction to gaming then reach out to a licensed counselor for some help. Don't let an online gaming addiction become the other woman in your life.

Editor's Note: This post was originally published October 9, 2010, updated on December 19, 2017, and has been updated again with new information for accuracy and comprehensiveness.