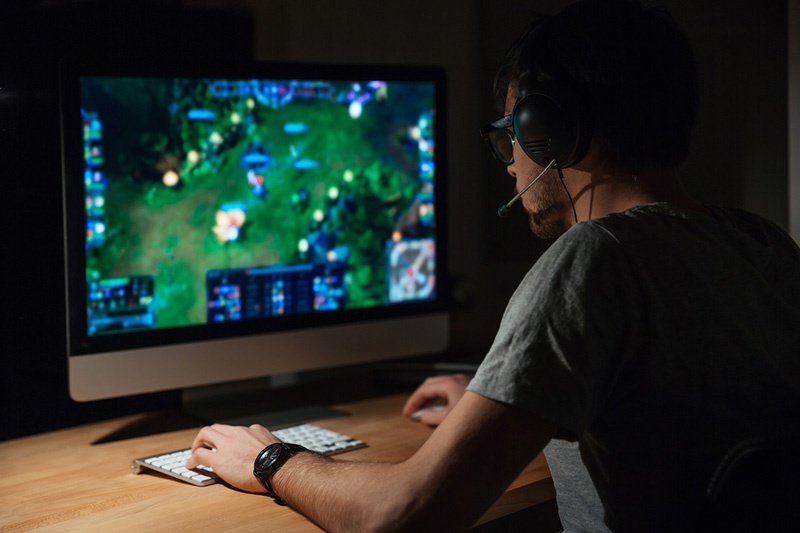 Do you like to game? Online gaming is incredibly popular, and for some it’s become a problem. Hours spent in front of a screen gaming can disrupt daily activity and eventually rise to the level of addiction if you’re not careful. So, that begs the question, how do you know when you’ve reached the point of needing gaming addiction help?

If you’re reading this, or searching specifically for gaming addiction help, it must have crossed your mind that something isn’t right. But you, and many others like you, may not be convinced there's really a problem or that you need my help.

The biggest question that people struggle with is whether gaming can really be an addiction?

Rather than ask that question, how about just asking, has it become a problem? It doesn’t have to meet the clinical definition of an addiction for it to be a problem for you.

And if gaming is causing problems for you, such as taking you away too much from family and friends, you should be open to the possibility that you could have an addiction to gaming and need help.

Many players wonder how gaming can be bad. It's just a hobby and doesn't even hurt anybody.

If someone were painting, reading, or exercising for hours it wouldn’t be a problem, would it? Sure it would.

Anything that takes hours of your time and pulls you away from work, school, family, and friends regularly is a problem.

In my counseling practice I've had some couples describe gaming as an activity that they enjoy together and share as a common interest. That’s a good thing, right? It would seem so on the surface and may be for some, but when you look a bit deeper you can see that even this seemingly shared hobby could be having a negative impact.

One couple I worked with gamed while in the same room together. But they were also playing different massively multi-player online role-playing games (MMORPG).

So, even though they were in the same room and doing the same activity, they were completely disengaged from each other, and much more involved with the other players in their games than one another. They might as well have been in different states.

Here are a few other ways gaming can become a problem and how you can know when you need some gaming addiction help.

He doesn't clean or cook and he is always doing things he knows irritates me. He doesn't move from playing video games and finds every excuse not to want to spend time with me. I can't take it anymore and I don't want to leave him but if I can't get him to meet me half way I won't be able to take it anymore." -Dominique

He can stay up all night long and talk to his gamer friends." -Jasmin

Yesterday our girl was sick, he was so worried about her, he wanted me to take her to the doctor. He missed work so I could have the car. I asked if he wanted to go to the doctor with us, he said no. So I sat 2 hours with our sick girl at the doctors office, and I checked his computer later and he was at home playing video games. Saddens me." -Liz

If any of these apply to you or someone you love then you’ve got problems caused by gaming.

Gaming can be very appealing. There's a thrill that comes with discovering, solving, and succeeding at them that’s intoxicating. And it’s just fun. Almost everyone enjoys games of some kind, whether they’re online games or even board games.

But anything in excess is problematic. And unlike board games, online gaming has the potential to overwhelm your life in an addictive manner. Here are just a couple of reasons why gaming can be addicting to the point of needing help.

He always liked to play video games since the beginning. He told me to tell him if it felt like he was playing too much and he would stop. Here we are years later and I have told him countless times but all he does is get an attitude." -Trisha

Whenever I try to play video games, she complains to me that video games and relationships don't mix and gives me 2 hour motivational speeches that I need to stop playing games, I need to grow up etc. Maybe she's right. Am I addicted to games and need help?" -Randy

Admitting You Have An Addiction To Gaming And Need Help

The first and most important step in getting gaming addiction help that is realizing and admitting it's a problem.

If you can see yourself somewhere in the above real-life stories your gaming has become something that needs attention. Recognizing this will allow the denial to begin to break down a bit and open your mind up to the possibility of getting the help you likely need.

Be very careful about denying that your gaming's a problem, and don't over-analyze whether or not you think it is or isn't an addiction. Just know that if it’s causing you problems you need to be ready and willing to make some changes.

There’s nothing wrong with admitting you're vulnerable to gaming becoming a problem. We all are. If you're already unhappy, stressed, or bored with your life you're even more susceptible to this happening. Asking for gaming addiction help just means you, like many of us, are someone who's struggling keeping life in balance.

Editor's Note: This post was originally published May 4, 2016 and has been updated with new information for accuracy and comprehensiveness.