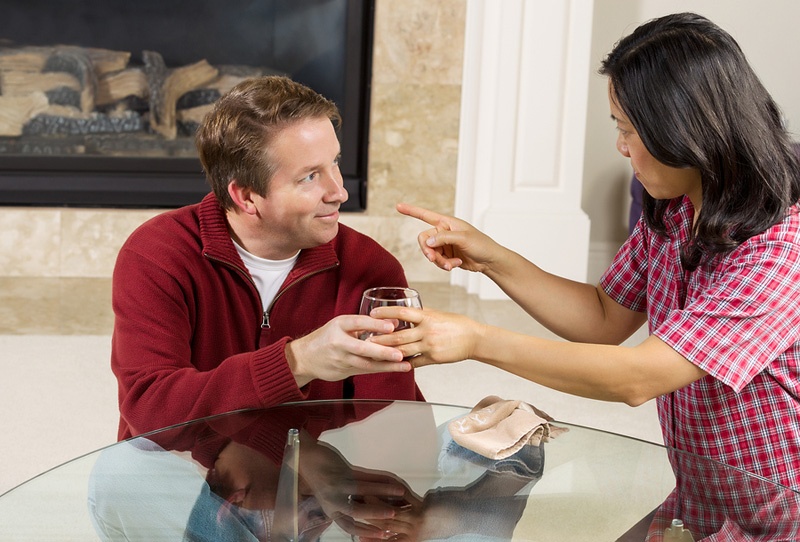 One of the biggest obstacles for any alcoholic husband is coming to terms with the label "alcoholic."

Nearly all of the people I've treated for problem drinking have struggled to apply this term to themselves. Sadly, this one word prevents a lot of people from getting the help they really need.

Many men think that because they hold down a job and have a home and family that their drinking isn’t a problem. They assume that being able to function on a daily basis means they’re managing just fine. What most alcoholic husbands don’t realize is that functional alcoholism is a real thing and common problem.

If you think you may have an alcoholic husband then you probably know exactly what I am talking about.

Notice above I didn't say I've treated alcoholics, nor people for alcoholism, but rather for problem drinking. That's the bottom line. It really doesn't matter whether or (most likely) not your husband is willing to call himself an alcoholic, what matters is that he'll acknowledge that his drinking causes problems. Getting to that admission is typically usually still a journey though.

The Mayo Clinic defines an alcoholic as a person who struggles with alcoholism, which they explain as:

Alcoholism is a chronic and often progressive disease that includes problems controlling your drinking, being preoccupied with alcohol, continuing to use alcohol even when it causes problems, having to drink more to get the same effect (physical dependence), or having withdrawal symptoms when you rapidly decrease or stop drinking.

One of the characteristics of the above definition of alcoholism is there are patterns. Identifying patterns and pointing them out is one way to get a husband who's an alcoholic to acknowledge he has a drinking problem. This won’t be easy though, as he’s likely to be resistant to owning his bad behavior, but it’s good place to start.

Taking the Mayo Clinic definition, this can be a pattern of not stopping after one or two drinks, a habit of thinking throughout the workday about that after work drink, a pattern of drinking too much even though it's causing conflict with your wife. Here's some other ways it can look from the real life stories of alcoholic husbands I've helped:

Each of these guys is an alcoholic husband. For each one there's a pattern to their drinking.

Sometimes the pattern only happens a couple of times a year, like with Russell. Other times, such as in Charles' case, it's more regular, although not every time he drinks. And then sometimes the pattern is new, like what's just started to happen with Derek.

Although each guy's drinking looks different, there are destructive patterns to it, and yet each one has had a really hard time being sure enough to call themselves an "alcoholic."

Getting An Alcoholic Husband To Recognize It

Getting anyone to see and admit to their own destructive behavior is tough. All drinkers - especially men - want to believe they’re in complete control of what they’re doing and can “stop anytime.”

Alcoholism can be particularly difficult for people to admit to, especially because it’s so glorified in the media and accepted in social settings. In fact, in many circumstances drinking has almost a competitive, sport-like quality to it.

And since almost everyone drinks, getting someone to see their drinking as a problem can be very difficult. Nonetheless, alcohol is more commonly abused than any other substance and can create big problems in a person’s life and relationships.

So here's what to do to get an alcoholic husband to begin to admit it:

Read back through this article again and notice how I did each one of these as I talked about Russell, Charles, and Derek. Staying away from the A-word and instead describing the patterns and problems that come from the drinking is the best approach to take with a husband who may be an alcoholic. Don't get angry, don't attack, don't blame, don't name call, and ignore it if he does any of these to you (I know easier said than done, but it is doable).

Getting defensive and denying is the typical addiction response. Just calmly state the above and walk away.

An alcoholic husband will need to hear this from you many times. It may take other people saying it to him too. Sometimes it requires a professional men's counselor like myself to explain it to him for it to finally sink in. But if you've really got a husband who's an alcoholic you probably already know how hard it is for him to admit it.

Editor's Note: This post was originally published May 19, 2015. It has been updated for accuracy and comprehensiveness.