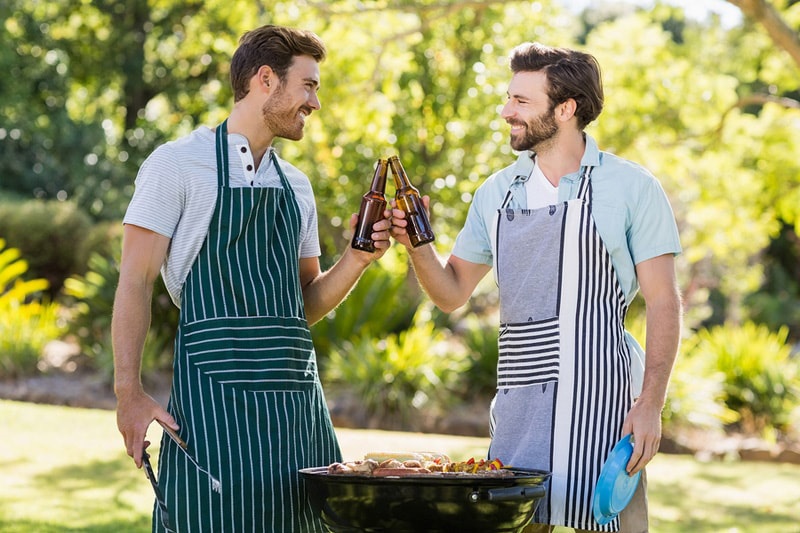 Alcohol addiction signs aren't always what we'd commonly think of, like a guy passed out at a bar or someone panhandling on the street corner for beer money.

The men I treat for alcohol addiction often have signs that are much more subtle.

They want to have a drink every time they go out; they seek out social events where alcohol is going to be readily available, such as golfing; they believe they aren't any fun to be around unless they're drinking.

Drinking alcohol has become so socially acceptable and available that it has invaded areas of daily life like never before. With these societal changes it’s gotten harder and harder to see the signs of alcohol addiction.

I've had people tell me they're disappointed when there isn't an open bar at a 5-year-old child's birthday party. This parent has learned when her daughter gets invited to a birthday party she has to ask if alcohol will be served to the parents — “Much to my dismay, beer bottles and cans were mixed in with children’s box juices in a cooler.  Seeing people poppin’ bottles at a kiddie event wasn’t what I had in mind."

Who needs to have a drink or two in order to spend a couple of hours with their kids? Is trick-or-treating or a child's birthday party really about the kids or the adults?

What are the more subtle signs of alcohol addiction?

Nearly all of the men I counsel for alcohol addiction are fully functional guys. They have responsible jobs (business owners, pastors, doctors, CEOs, IT consultants, contractors), are husbands or partners, dads, and look from the outside like they have it all together. The signs of alcohol addiction aren't always easy to see, especially from the outside. But when their wives or partners are brutally honest, or you sit in my chair, you’ll see behind the facade and learn about the DUIs, starting drinking at 7 am on Sunday morning, slurring words at 4 pm on Monday afternoon, and throwing up on their daughter's shoes at a party.

I have been living with a problem drinker over 10 years. Now, I got to the point that I started asking myself if I am crazy; maybe it's normal. Is it normal to drink all weekend? Go to the pub on Friday, arrive drunk and continue to drink until he passes out? To drink even when he's doing chores? To drink 4/5 cans of beer during a Sunday? To hide empty cans? To get drunk when I am away? Even though [he] is looking after the kids. He doesn't want to go out with the kids or if he goes the first stop will be convenience store: beers!! Can I live like this because the alcohol doesn't affect his work? But it affects our family; lonely nights; ruined weekends. He always needs to drink at least two cans during the week. Am I exaggerating? I don't know what to think anymore. He says there is no point of making promises about stopping with the alcohol abuse, because he drinks normal. Despite all of the chaos in our relationship. It's my fault! All my fault!" -Brenda

Alcohol addiction doesn’t have to mean you get sloppy, stupid drunk every night, every week, or even every month. For one of the guys above this only happens every couple of months, but when you get so drunk you throw up on your daughter or threaten to hit your wife, the damage lasts a long, long time. And it's also an alcohol addiction sign.

If you see yourself or someone you love in some of these alcohol addiction signs take this warning seriously and get some help. All of the guys I’ve described above finally did and each one is in the process of making their life better. It takes a lot of courage and strength to admit that you’re drinking has become a problem, but real men can do it and then they get to work fixing the problem.