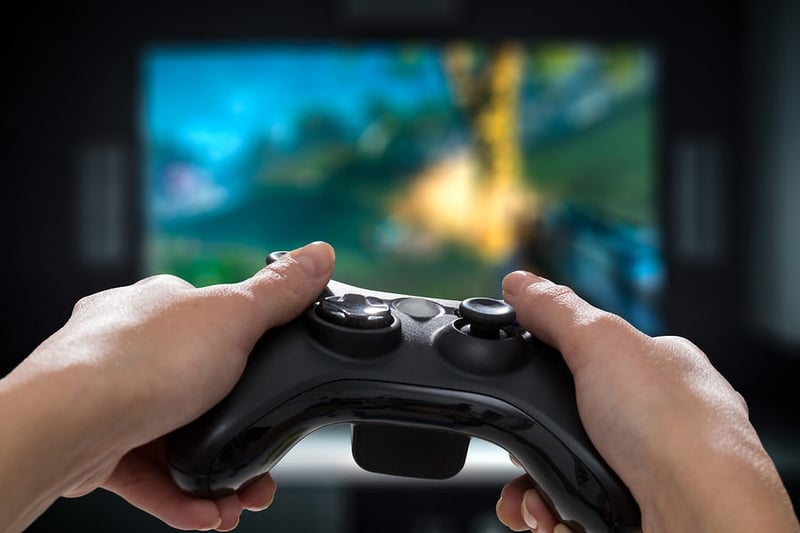 How could something that a lot of people do, especially the majority of males, be a problem? Well any behavior, even a good one, done to excess can be bad for you. If you're reading this article to learn about video game addiction symptoms, then the description of a harmless activity taken to excess certainly fits.

What assumptions do you have about the symptoms of video game addiction? Here are a couple of important video game statistics about who's playing them to keep in mind:

It's important to keep as mind as you consider the following video game addiction symptoms that they can describe either sex as well as any age. Sure, popular games such as Call of Duty or Assassins Creed have more appeal for men than women, but many titles like Super Mario or the Zelda series appeal to both, and some like Horizon Zero Dawn have female lead characters.

Symptoms Of Video Game Addiction Can Be Confusing

Understandably gaming can bring out a variety of emotions in people - from extreme joy and exhilaration to frustration and sadness. But let's discuss 5 behavioral, emotional and social symptoms of an addiction to video gaming that can be surprisingly contradictory.

How do I get my husband to understand and respect me? He had become disabled and feels worthless. I had taken on everything. We have a 1 year old son. I have been working for a little over a year full time plus some and he has become a stay at home dad. He is constantly calling himself worthless and says he hates his life. I try so hard to make it comfortable for all of us. Its hard doing it on my own. He doesn't clean or cook and he is always doing things he knows irritates me. He doesn't move from playing video games and finds every excuse not to want to spend time with me. I can't take it anymore and I don't want to leave him but if I can't get him to meet me half way I won't be able to take it anymore. Does he have symptoms of a video game addiction?" -Samantha

What's The Impact Of Addiction To Video Games?

For many addictive behaviors it's pretty obvious to see that they're not good for us (check out when then signs of alcohol addiction aren't glaring), but the destructive nature of gaming is much more subtle. What looks like a harmless leisure activity or fun hobby can actually come to replace daily living. Today this is truer than ever as increasing numbers of people, young men in particular, struggle with adulthood and use gaming as a substitute for and escape from living.

Video game addiction and its symptoms are being examined more closely as the societal affect becomes more and more obvious. Kyle Smith of the New York Post writes in, We're Losing a Whole Generation of Young Men to Video Games:

The problem is that for many young men, video games have become a substitute for living. They’re so addictive and soul-consuming that they’re unlike other leisure activities. Every hour spent on “Ghost Recon” or “Grand Theft Auto V” is an hour that could have been spent more productively."

He cites the following statistics to show the impact gaming addiction is having on young men:

Yet video-game addicts are engaged in a mass retreat from life. Men aged 21 to 30 worked 12 percent fewer hours in 2015 than in 2000. The percent of young men who worked zero weeks over the course of a year doubled in that period, to an alarming 15 percent. Those working hours were largely replaced by gaming, and fully 35 percent of young men now live with their parents or other close relatives, up from 23 percent in 2000. Their unemployment rate jumped by 10 percent."

Maria LaMagna describes in her article, Why More Young Men Aren't Working -- Video Games, what researchers have found out about how people spend their non-working time. They found between 2012 and 2015, compared to 2004 to 2007, that leisure hours for men ages 21-30 increased the same amount as their working hours dropped. What did these young men do with that extra time?

The time spent playing video and computer games makes up about 75 percent of that increased leisure time for men in that age demographic. Younger men actually increased their recreational computer use and video gaming by nearly 50 percent between 2004 to 2007 and 2012 to 2015, they found. Young men who are unemployed on average spend 520 hours per year on recreational computer or video game time, more than they spend on non-computer related socializing with friends."

While Kyle and Maria describe important societal trends, they don't describe all men or even all people. Most adults have jobs and are functioning in life, yet can still have symptoms of addiction to video games that cause problems in their lives. Here's an example:

I make concrete all day, lifting 20-40kg bags of concrete stacking up pallets. I'm 19, looking after a child that's not mine when I'm not at work, working my a** off at work. But when I come home, everything seems to be so #$@&%*! She would complain that being a mother is hard. And to even top it all off, whenever I try to play video games. She complains to me that video games and relationships don't mix and gives me 2 hour motivational speeches that I need to stop playing games, I need to grow up, etc. But I'm 19 and catering for 3 people and working like a b****." -Tyler

As Tyler's story shows, even for people who work video games are addictive and can impact how they spend their leisure time in ways that causes problems for them and their loved ones. So the negative impact of video game addiction symptoms doesn't just come in the form of a loss of function, but also in the distraction, selfishness, moodiness and conflict that they can cause. Here's another real world example of the impact it can have:

Yesterday our girl was sick, my husband was so worried about her, he wanted me to take her to the doctor. He missed work so I could have the car. I asked if he wanted to go to the doctor with us, he said no. So I sat 2 hours with our sick girl at the doctor's office, and I checked his computer later and he was at home playing video games. He's addicted to them. It saddens me." -Brittany

The impact of video game addiction symptoms reaches far beyond the player -- partners, kids, parents, and coworkers are just some of those who also feel the affects. While being a mostly harmless recreational activity, video games have the ability to change people in dramatically damaging ways that aren't readily recognizable at first glance.

Do you (or someone you know) have any of these symptoms of video game addiction? If so, please share your story with others by leaving a comment below.