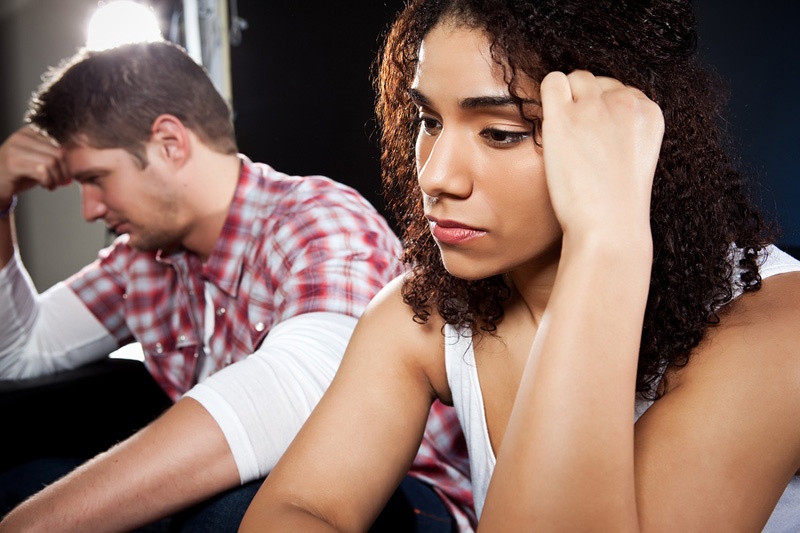 When you've been cheated on there are so many 'why' questions you want the answers to as you try to make sense of what's happened. One of the biggest is why do people cheat on people they love?

And having a partner who cheated but says they still love you only complicates the confusion around this question all the more. And leads to one overwhelming question - how can somebody love someone and cheat on them at the same time?

Deception By One Partner Denial By The Other

Caring for and loving someone should preclude a person from cheating on and hurting them, right?

But that doesn't mean someone can't deceive themself, deny the truth about their cheating, and tell themself they still love their partner despite choosing actions that are the complete opposite.

We’re all capable of twisting reality and creating our own narrative that makes our behavior seem acceptable. This is one of the reasons why people can cheat on people they love and still claim to love them.

Take a look at Megan’s comment below to understand more about what I mean.

I have been with my now husband for 12 years. We only just got married after being together for 10 years. We met when I was 16 and have been together since. Over the course of our relationship he has battled denial about his addictions. With addiction there has been lies and job losses and home losses. I have stuck by him throughout it all. The summer of our 10 year anniversary, we were struggling financially on the brink of eviction. He left the state we were living in while I stayed behind with our children. He was to stay at his mom's place to work and find us a place. As soon as he left I felt "it", something was definitely off. I think I knew then but didn't want to accept it, was in denial. I took the excuses of why he couldn't talk on the phone or why he couldn't come visit. That was until I was told by a family member and couldn't deny it any longer. Once it came to light fully, so to speak. He said that it was over, that it was something that he couldn't take back. That he wasn't coming back to me. And then he did. He ended the affair and he came and got the kids and I and we moved and he finally married me. But he says that he doesn't have a reason why he did it, he said that it had nothing to do with me. But that doesn't make any sense to me. How could you cheat on someone you say you love?.... Could he do it again?" -Megan

Why People Cheat Hurt The People They Love

Deep down we're all inherently selfish. We have to be to survive. If we weren't, and were too self-sacrificing, we'd give all of our food to others, starve, and die.

Some level of selfishness is necessary and healthy. Too much selfish behavior, however, causes problems.

When people cheat they're in a very selfish, extreme, it's 'all about me' mode. The people a cheater loves becomes secondary, or more accurately, they get ignored and forgotten.

When someone is that focused on themselves they think only of the immediate gratification their actions bring, not the damage they may be doing. That feel good high comes from infatuation, lust, and the thrill that accompanies new love.

Most of us can relate to the state of mind that these feelings create. The powerful chemicals released in the brain have a similar effect as on junkie craving drugs, so nothing else matters but getting that high again. The same is true when cheating.

While many times cheating can appear to be just about sex, it is almost always about so much more.

Why else do people cheat on people they love?

Often it’s to fill a hole in their own self-esteem and feeling of self-worth. But this isn’t something that’s the fault of their partner.

Many partners who cheat feel they’re entitled to cheat because they aren't getting what they believe they deserve from their present partner.

We all crave acceptance, respect, love, and to be wanted and praised. If a person feels they aren’t getting these things in their current relationship they may seek them elsewhere.

If their relationship has become predictable and boring – something that can happen when you’re in the thick of raising a family and dealing with the challenges of day-to-day life – a person may feel tempted to cheat.

Of course, none of these are true justifications for this wrong behavior.

The reasons for cheating on someone you love vary from person-to-person, but they're all about fulfilling an unmet need.

Can People Who Cheat On You Love You Too?

As contradictory as it may sound, your partner can cheat on you and still love you. It's just that their needs come first and take priority over loving you.

Take a look at Teresa’s story to understand what I mean.

Two days ago, my husband confided in me what I had been suspecting for years. He had a year long sexual affair with a co worker 15 years ago. When I look back on that time, our son was four. He brought his lover into our home and dropped her daughter off for me to babysit so they could go into work together, then brought her back to pick her daughter back up four hours later. Two days ago I learned that on that day, he actually had me watch her daughter so they could go have sex in an abandoned building where they worked. I felt sick. I am so hurt. I had trust issues before this and feel like I cannot trust anyone now. He held this information for 15 years, he keeps saying it was so long ago and he is different now, but I can't bring myself to forgive. It feels fresh to me. He slept with her over 50 times in a span of over a year and had me watch her kid while he did it. Brought her to my home to pick up her kid after being intimate with her - that is the part that hurts me the most I think, he used me to have the affair in addition to betraying me. When she wanted a commitment with him he moved us to another state (I thought it was to be with his parents). He does not have contact with her and hasn't since we moved. He wants me to go to a counselor and says he is sorry. I asked him to leave and he is staying with his parents. My son, now nineteen years old, knows and is handling things well, but my eleven year old is starting to ask questions. I have agreed to see a counselor but have told him I don't see me staying married to him. To cheat under your wife's nose is just inhumane, she was incredibly unattractive so he had no standards - which just shatters my ego. I am numb and feel so angry. Once a cheater always a cheater, right?" -Teresa

Teresa's right when she says, "to cheat under your wife's nose is just inhumane."

Her husband cheated and likely believed he still loved her while he was doing so. Cheating on someone you love requires a combination of twisted logic, distorted state of reality, and delusional thinking.

A typical pattern seen when people cheat is alternation between periods of being loving, such as a husband putting the kids to bed so his wife can get a break, and periods of unloving behavior, like not coming home on time because he's with the other woman.

Teresa's also right that "he used me to have the affair."

Obviously, there's some deep psychology required to answer the question, “Why do people cheat on people they love?”

For this reason, it’s a wise idea for Teresa to get help from a counselor in order to sort through all of the confusing contradictions. Having an objective and experienced professional to guide you through the maze of crazy behavior and twisted thinking is usually a necessity in order to get your sanity back.

Advice For Someone Considering Cheating On A Person You Love

Unfortunately, most people who cheat don’t seek advice prior to having an affair. A great deal of pain could be avoided if they did, however.

If a person is considering cheating and has the presence of mind to think twice before acting, there is something they should understand. There is no way to justify or truly separate the love you have for your partner and cheating.

Cheating will temporarily make you feel good, but it will not fix things or make life better. In fact, in the long-term it will make your life significantly more complicated and uncomfortable.

The temptation to cheat should be considered a red flag and call-to-action regarding your needs and the state of your relationship.

When it's been done to you, understanding why people cheat on people they love is one of the hardest things to comprehend. Because it's so personal and the pain hurts so deep, it's very hard to be objective and see how it's really motivated by selfishness and not about hurting you. But you too should consider it a symptom of something larger that needs to be addressed. Even if you and your partner still love one another, cheating is a sure sign that some thing’s are not right.

Have you had someone you love cheat on you? Please share your story with others by leaving a comment below.

Editor's Note: This post was originally published November 22, 2017 and has been updated with new information for accuracy and comprehensiveness.