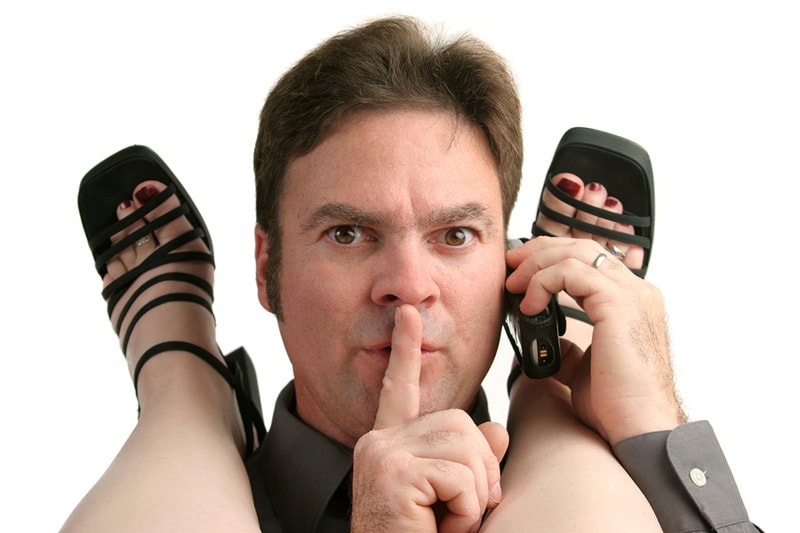 Women regularly contact Guy Stuff with a message that just says -- "husband cheated on me."

Last week one of those women sat across from me in my office.

Kiki said as she put her face in her hands and sobbed.

To be fair, either partner, man or woman, can and does cheat. I'm working right now with both men and women whose partners cheated on them.

Back to Kiki's story. She thought Ray sounded weird when he called her at 12:30 a.m. and said he'd be home in a little while. He told her he was dropping off a buddy, but she didn't believe him. Several months later after several other strange episodes, she had him take a lie detector test and she found out the truth -- he had "strippers" in the car with him that night (Side note -- I do not support using a lie detector test to get honesty in a relationship).

Ray also confessed that he had slept with one of them too. He blamed it on being drunk, and on Kiki's anger, and on being unhappy. It wasn't until he faced me that he fully owned his behavior and that he really had been cheating and was sexting too.

So if you're like Kiki, and many of the other women who contact Guy Stuff saying, "husband cheated on me, what should I do?" Here are a couple of suggestions to start:

These are just a couple of things to keep in mind at the beginning of finding out your husband cheated on you. There's so much more to recovering from cheating than this. You really need marriage counseling from a professional counselor to guide and support you. Kiki can testify to that, so can Christine, Melissa, Natalie . . . and all the other women who've gotten help from Guy Stuff.

"Husband cheated on me" doesn't have to be the death of your relationship. It can be, but it also can lead to a better relationship than you've ever had before. The choice is yours.