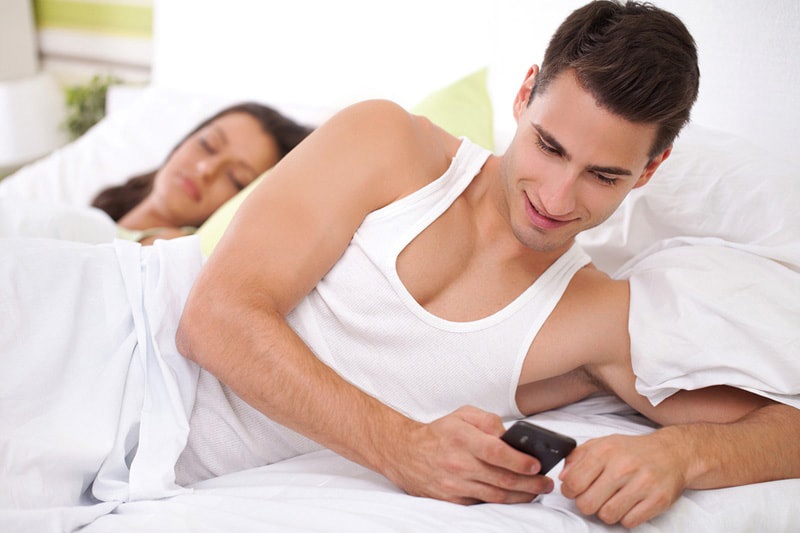 Cheating is one of the most difficult things for partners to have to deal with. Every week I work with couples where one partner has cheated. Recently, I received a request from a woman asking me the question, “how do men cheat?”

As the wife of a cheating man, she wanted help understanding how it can happen. How do men cheat and why does it happen. Below are the questions she asked and my answers I gave her.

When Men Cheat Everyone Suffers

Kurt can you write an article to help shed some light on the common questions/issues faced by the women who are left disillusioned by an affair. There is little written about what the affair partner goes through that can help betrayed partners understand what they are faced with on a daily basis - their partner's changes in personality, attitude & behavior.”

How can someone change seemingly overnight?

Partners don’t change overnight – no one does. Your partner was changing, you just didn’t see it. The same answer goes for understanding how do men cheat - the change that happens to allow someone to cheat typically happens over time too.

Most likely the reasons you didn’t see the changes earlier on is a combination of his (or her) effort to hide it, not paying enough attention to the signs, some denial or ignoring the clues that may have been there, and being distracted by the busyness of life.

These things don’t happen all at once. They happen gradually, bit by bit, and by the time those changes are evident they've also become significant. Think of it like your hair going grey. Hair doesn’t turn grey over night, it’s little by little. By the time it’s noticeable there are many, many grey hairs. They’ve been accumulating overtime, but it can seem like you just wake up one day and all of the sudden there they are. In both cases the most important thing is deciding what to do next.

The biggest consideration for a betrayed spouse like your self is why you didn’t see the signs earlier, or how you managed to ignore the clues. This can be a tough one to hear, but it’s true in every situation. If you’ll look close enough you’ll see that there were signs. This doesn’t mean you’re responsible for his bad choices, but it does mean that addressing those signs and the other issues in your marriage when they first began may have stopped things before they got to this point.

How can someone who loved & respected you have no care, compassion, empathy for you or your situation?

First, just like the initial question, there is no switch that flips and a person goes from feeling loving and respecting to not caring and hurting by cheating. There was change going on that you just didn’t recognize. When change is gradual many of us don’t see it, especially if we’re close to the situation.

Second, part of the way our mind deals with behavior that goes against our belief system is to disconnect from rational thought and normal feelings. A phrase that is often used is that we compartmentalize. In other words we separate ourselves from those thoughts and feelings. How do men cheat? One of the ways is that they compartmentalize their thoughts and feelings about cheating, pushing them aside or burying them, and then convince themselves that it’s got nothing to do with their spouse or marriage. Or, even worse, they decide that something within the marriage or something their spouse has done is to blame and therefore they’re justified in their cheating.

How can they be so cold towards you?

They’re cold towards you because of the compartmentalization technique (described above) that their brain is using to manage the cheating behavior - behavior that they know deep down is wrong. If they disconnect themselves from you, physically, mentally and emotionally, then it’s easier for them not to have the normal feelings connected with wrongdoing, such as guilt or remorse. This also helps prevent second thoughts.

How do they deal with the fact that they've hurt another?

How men cheat is by dealing with the reality that they’ve hurt another by denying it. You don’t have to deal with something that is not a reality to you. A technique that many cheating men use is to shift blame – they’re not the one doing the hurting, they're the one who was hurt. They then use this rational - that they’ve been wronged - to justify their wrong behavior, which from this point of view can now be defined as right.

How can they turn their backs without an explanation knowing how much it pains another?

Turning their back is easy when, as I said above, they deny the pain they're causing and believe their cheating is justified. Remember that they've also disconnected mentally and emotionally from you, and thus they probably don't recognize or care about your pain.

How can they leave without trying to fix a marriage or end respectfully?

Fixing a marriage first requires acknowledging that there are troubles. If cheating men are using some of the above coping mechanisms (or all of them), then they'll either be denying the problems or blaming them on their partner - particularly the biggest problem that they've cheated.

Fixing a relationship also requires change. Most of us don't like change. Cheating men typically don't want things to change. They like the thrill and enjoyment the cheating relationship brings. It allows them to escape from the reality of their life and the problems that come along with it.

Answering the question, how do men cheat, is at the same time easy and complicated; psychologically it makes sense, but logically it's very confusing. If you're the partner of a cheating man, hopefully these answers will begin to help you make sense of how it is that men cheat.

Editor's Note: This post was originally published May 29, 2013. It has been updated for accuracy and comprehensiveness.