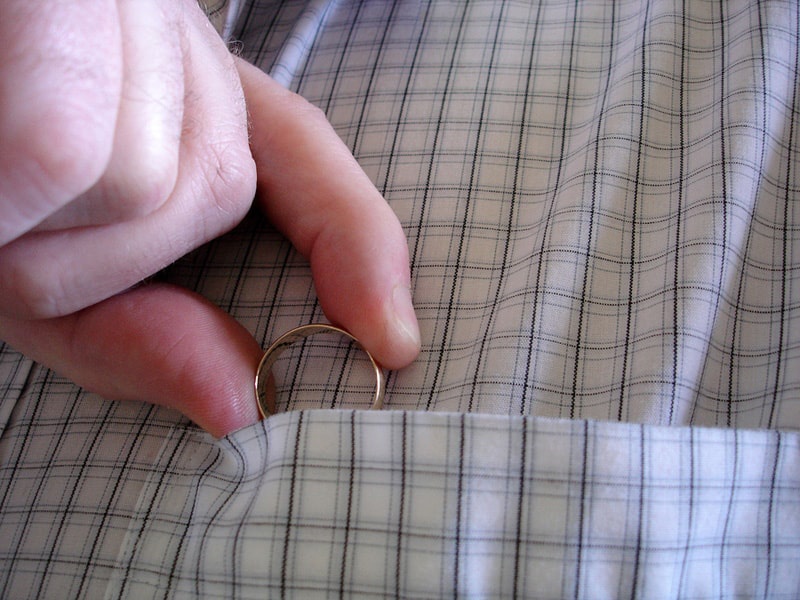 Cheating is arguably one of the most difficult things to deal with in a relationship. If you’re having an affair you create feelings of hurt and betrayal not only for your partner, but within yourself as well.

At Guy Stuff we see couples affected by cheating on a weekly basis. Almost always they’re on the verge of breaking-up because of it. But we also see partners who come to us saying, “I’m having an affair” and feeling torn up inside because they don’t know what to do about it.

Below is a question from just such a person. Rick has made a mess of his life and relationships by having an affair and needs help. Check out his situation and my advice afterwards.

Next Steps If You’re Having An Affair

I was - and still am - having an affair. I tried to break it off but failed. My primary reason for seeking counseling is to learn to deal with a breakup. I've never been able to do it. I had a terrible 7 year relationship in the past because of this. I may be married because of this. My marriage is now ending because of this. My wife still doesn't know about the affair but my feelings for her are nowhere to be found, the desire to find them is not there. I tried to split with the other woman over the period of a month but couldn't stay away. She began a relationship in that time and is now torn between the two of us but with my situation I can't ask her to commit to me. I move out next weekend. I've been telling myself (and others) that my wife and I are just so different (plus she is 11 yrs older than me) and holding each other back. I think the truth is I'm leaving her for a woman I can't have and don't even know if I really want. My emotions are intense and my judgment is clouded. How do I end an affair?" -Rick M.

Rick’s in a really tough spot, which is common when you’re having an affair. The intensity of emotions that comes with it, plus feelings of guilt and self-blame can make it very hard to see any way out.

I hear some positives things, despite the fact that you're having an affair, your marriage is failing, and you're moving out. It's good that you recognize the pattern of broken relationships that is partly due to your struggle with breakups. Another positive is your awareness that at the moment your emotions are very strong and your judgment is not good.

Seeing the patterns we create in our lives, as well as recognizing when we can't see things clearly are important pieces to our being able to discover how to change our lives. Many men who are having affairs have particular difficulty with these two. You're way ahead of where most people are at when they first come into counseling.

I'd suggest that rather than try to push things with either your wife, or the other woman, you just let things settle down. Go ahead and move out. Give yourself some space and time to figure out what's really the best thing for you.

One thing I know from working with married men having affairs is that you're really going to have to work hard not to pursue one or both of these women. The potential loss of both of them, and realization that you could end up all alone, could propel you to pursue them when the best thing maybe just to sit still.

If You’re Having An Affair, Think About This

Despite the common excuse, “It just happened,” affairs don’t actually “just happen.” They are a deliberate choice made by one partner to be with someone outside of their relationship. Even if that person doesn’t realize they’re being deliberate.

The biggest question is, why? Why did you choose to have an affair in the first place? The answer to this may not only help repair your relationship, but it may also help you actually end the affair for good.

The true reasons for affairs vary, but some of the most common are:

Look closely at these. They all seem different, but they’re really all just versions of the same issue. Your current relationship isn’t meeting your needs, and nothing is being done about it.

And before you nod at the “nothing being done about it” part, understand that you bear as much responsibility for doing something as your partner does.

An affair is a symptom of other problems rather than the problem all by itself. Those underlying problems fall on the shoulders of both partners, even if the one who cheated carries more weight at the moment than the other.

If you’re having an affair there are a number of things you’ll need to be considering. One of the biggest is that you really owe it to yourself and your partner to stop and ask yourself why you started the affair in the first place. And find the real answer.

This can be a much harder thing to figure out than it would seem. In fact, you may need help to really get to the honest answers.

Men in the middle of affairs need the professional wisdom of a counselor, one who's experienced in guiding guys through these challenges. Having a trusted confidant and partner to walk along side you is invaluable. Many of the men I've worked with will tell you that it's the best investment, yes investment, you can make with your time and money.

If you’re feeling stuck like many of the guys having affairs that I work with, then do something about it – get some help.

Do you have a question you'd like to Ask a Marriage Counselor Click here to submit it and I'll answer it in an up coming post.

Editor's Note: This post was originally published February 25, 2010 and has been updated with new information for accuracy and comprehensiveness.