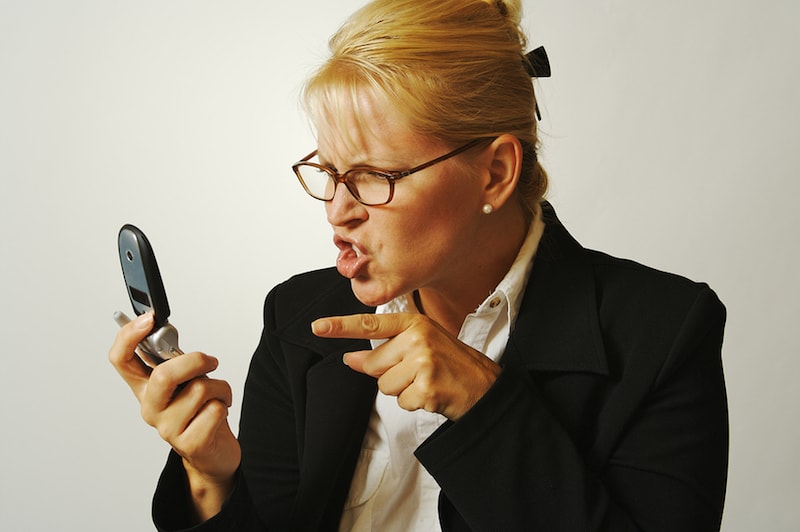 I work weekly with couples who have been rocked by the effects of cheating. Although both men and women in relationships can cheat, I most often get asked by women about confronting the other woman.

Sometimes this question gets asked while they’re still in the idea stage, but many times a woman has already engaged and confronted the other woman and I hear about it after it’s happened.

There's nothing abnormal about a woman whose partner has cheated wanting to confront the other woman. In fact, it's a natural, self-protective response. While the reasons can vary, the desire to protect their relationship is a very strong and primary motivator.

Unfortunately, many don't think long and hard enough about whether or not it's really a good idea. Since it feels like the right thing to do, they allow their emotions to determine their actions instead of their head.

Why Women Confront The Other Woman

Being cheated on will ignite a firestorm of insecurities in women (and in men too). Most partner’s think their spouse cheating is somehow a result on their own shortcomings.

In some way they’re not enough.

Although that’s not true, when your spouse cheats it’s easy to think you’re the reason.

These insecurities can make a woman feel the need to confront the woman her man had the affair with hoping to prove or disprove her suspicions and fears.

Generally, partners hope to answer the one, overwhelming question – Why? Why would he break his commitment and hurt me this way?

As a woman looks for the answer to that question she’s often asking a number of smaller ones as well.

Real Women’s Stories About Confronting The Other Woman

Here are a few partners' stories about what led them to confronting the other woman.

Two years ago, my husband announced (at my asking what was going on with him) that he didn't think he was in love with me anymore, and that he didn't think he wanted to be married anymore. I soon discovered some emails between him and his Admin Assistant (newly separated herself) that were not conclusive, but were at least inappropriate and suggestive that there was something more than their just talking about their respective marital issues, as he claimed. Needless to say, I was devastated. I couldn't understand it - we had a beautiful marriage - not always perfect - but we had built a beautiful life together. I loved him, I wanted our marriage - but I was holding a lot of resentment and anger regarding this other woman and I wanted answers. Every time I went there, he continued to deny that anything had happened and didn't feel that he had done anything wrong and the discussion would end with his wanting to leave and his wanting a divorce etc. I began to shut down in terms of talking about my feelings etc. So I found her number and called her..." -Ashley

My husband left me and my 2 kids six months ago. He says he isn't happy and that he wants a divorce. He refuses to go to counseling because he doesn't want to fix our relationship. One night I decided to go for a drive and found his car was not parked on his street. I went to the other woman house and found his car parked around the corner. I know that you don't visit a friend at 10:15pm at night. All night I couldn't stop thinking about her, so I decided to confront her and went back the next day and knocked on her door..." -Marisa

We've had a rocky relationship, but it's not all been bad, three years ago we had our daughter, since then I haven't had a lot of time for him, to cut a long story short...I find out he had been sleeping with another woman, I confronted them, acted needy, pleading etc which was crazy now I think of it. I love this man but I'm no doormat......I do love him dearly & want to be with him only to have him tell me WE WILL NEVER BE A COUPLE, he thinks he's in love with this woman but I sense it's just a desire. He doesn't see he's done anything wrong & seems to want to punish us for things that aren't our doing, he's the one that's wronged us. This other woman doesn't have any young children or stress's like I have with a three year old. I want to confront her and tell her she's destroying our life..." -Lana

Understandably, anyone whose partner has cheated on them is going to be very angry and hurt. Those hurt feelings need an outlet, and often what feels like the easiest, best, and most rewarding outlet is confronting the other woman.

Another reason partner's end up venting at the other woman is because, like Ashley above, their partners won't be honest and take any responsibility for their actions, and they want answers. So, they turn to the other target.

Every time I went there, he continued to deny that anything had happened and didn't feel that he had done anything wrong...So I found her number and called her."

What Happens After Confronting The Other Woman

So, is confronting her a good idea?

What comes after a partner confronts the other woman?

There are several likely outcomes that I've seen with the couples I've counseled after an affair:

The bottom line about confronting the other woman is that it will get you nowhere closer to fixing your problem.

Please think long and hard before confronting the other woman. I've never seen it fix anything. If you're still thinking that maybe it could, then re-read the 3 points above.

Editor's Note: This post was originally published April 7, 2016 and has been updated with new information for accuracy and comprehensiveness.