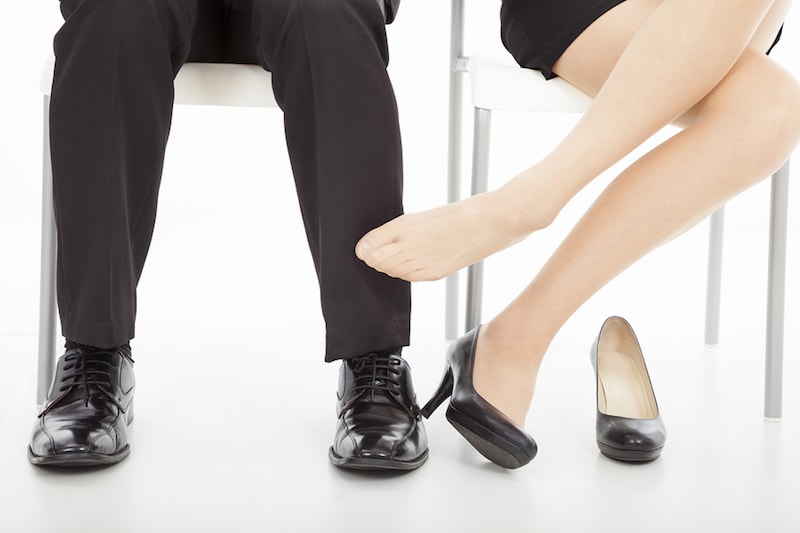 Sometimes it's obvious, while other times it's much less so. The signs of cheating can be right in your face or completely hidden from view.

Many times the discovery starts with a question - Has he always locked his phone? I thought she told me she was going to her friend's? Signs of cheating can be as simple as questions like these in the beginning.

In nearly every instance of cheating there are signs that are either missed, ignored, or dismissed. Sadly, the red flags are most often only acknowledged in retrospect, not in the moment. As the above questions show, sometimes a warning sign is simply a gut feeling that something isn't right. Whether that feeling is explored or ignored can determine a lot in how far cheating goes and the damage that is done.

Can You Spot The Cheating Signs?

It's easier to spot infidelity in someone else's relationship than our own. When it involves you and you don't want to believe it could be true, the symptoms are much harder to see and admit. So let's look at someone else's life. What signs of cheating can you spot in this couple's story?

Things between my common law partner and I have been really terrible for a really long time--our relationship completely lacked affection and intimacy for 3 years--we had a child 2.5 years ago but it was never all that great but i loved him for other reasons--and all the stress has made it rather miserable--with each other, not the child. Recently I noticed a complete flip and full withdrawal and not helping with anything, I knew we weren't doing well so I pushed and pushed him to talk and I was told the dreaded "I love you but I'm not in love with you". He didn't leave, said let's give it the summer, let's try to enjoy it, see if we can connect again. Of course I then started snooping and paying attention and all the signs of cheating were there, extremely protective of his phone, I have come across hotel keys and he stupidly charged a hotel to our joint account. I've found gift wrapping stuff. He has an answer for everything. He won't admit it, says the hotels were innocent, that he went with the intent but came home. Obviously when I got the statement with the hotel charge and confronted him. He was adamant that he did not have sex and that I did not need to be tested. He then said he would make an effort and he's been super nice etc. I notice he is trying to be transparent with his phone use but he's still protective of it. He keeps claiming that he's been honest with his feelings, that it's not about anyone else, that if he had someone else he'd be gone, that things have been miserable for years and that he's just as much responsible for it as me. He's not sure if it can work, that he thinks we might just not be able to make each other happy, we may not be what each other needs." -Julia

Did you find enough signs that you could make a list? Good, because there are many of them. Let's look at the big ones.

The following are 3 big signs that can be seen in Julia's relationship, but are also in every other cheating scenario:

I have found out about two weeks ago that my wife of 3 yrs, together for 8 yrs cheated on me... which probably happened the same amount of time before I found out. Keep in mind this was JUST after a trip her and I took. Huge trip, beautiful. Overall pretty awesome experience we shared. Now I'm faced with her telling me there is another man she loves. A co-worker, who she's known for maybe 6 months. Anyways, I have just cut off communication with her as I left the city to go be with family and have some alone time. All she has said is that she is confused but she loves me...which confuses me. But at the same time I understand. I understand I became emotionally neglectful in our marriage. Which is why she fulfilled her needs elsewhere. Understandable, but not excusable." -Zach

What Do I Do If I Suspect Cheating?

Here are a couple of important things to keep in mind if you think you've found signs of cheating:

Sadly, cheating and signs of it are becoming increasingly common, and more and more people are seeing it as not that big of a deal. Wrong. It is a big, big deal. However, with today's technology it's very easy to cross a line and make some bad choices without having intended to do so. If your partner is cheating, perhaps it's not because they don't want to be with you but rather because they've made some poor decisions.

Keep an eye out for these 3 signs of cheating, and if you see them, address them. They don't always mean that's what's happening, but they are behavior that should be explored.