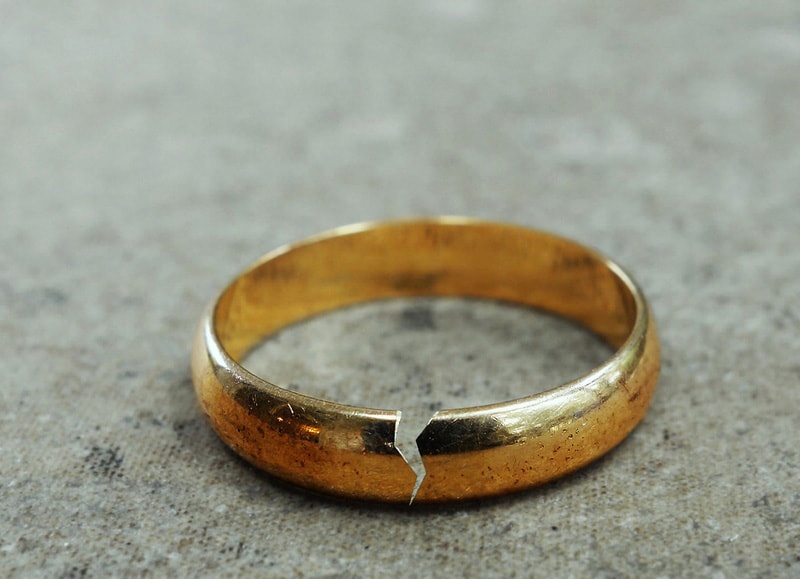 Why would a man cheat on his wife? That’s one of the biggest questions we deal with at Guy Stuff.

We work with couple’s every week who are dealing with cheating in their relationship and wondering if there’s any way their relationship can survive. And although women do cheat, most of the time it’s the men who leave women asking –“Why do men cheat on their wives?”

To answer that question marriage counselor M. Gary Neuman surveyed hundreds of faithful and cheating husbands for his book, The Truth About Cheating. Based on his research he estimates that 1 in 2.7 men will cheat – and he says that most of their wives will never even know.

What's The Number One Reason Why Men Cheat On Their Wife?

It's not for sex, like most people think. Neuman found that 92 percent of men said it wasn't primarily about the sex.

Josh says he cheated on his wife, Jennifer, because he felt unappreciated at home and started feeling insecure. "That insecurity was really the catalyst," he says. "I didn't feel comfortable going to the one person in the world I should be going to, which is my wife."

My work counseling men supports these findings. Husbands and wives usually don't see it, but the disconnect that happens in a lot of marriages sets the stage for an affair. Add to that the daily stress of work, bills, children and household chores. When couples stop appreciating each other, feel disconnected and stressed, it opens the door for another woman to come in who can make the man feel better about himself.

"[She] makes them feel different. Makes them feel appreciated, admired," Neuman says. "Men look strong, look powerful and capable. But on the inside, they're insecure like everybody else. They're searching and looking for somebody to build them up to make them feel valued."

Do Men Cheat Because The Other Woman Is Prettier?

Neuman found that 88 percent of the men surveyed said the other woman was no better looking or in no better shape than their own wife.

For the first five years of his marriage AJ says things were rocky with his wife, Janet. "We got to the point where we were really living in separate parts of the house. I went downstairs every time I came home from work," he says. "So when somebody else took an interest in me and was interested in what I did, interested in my job, interested in what I wear -- you name it -- before I had the self-awareness to understand my vulnerabilities and take responsibility, I liked it -- even though it was the worst decision of my life."

I've found that over time couples build up walls of protection from their partner, and without the communication skills to break through these walls, couples drift farther and farther apart. The other woman has the advantage of being able to offer men admiration, validation and respect without the history, pile of hurts, and daily responsibilities that come with a marriage.

"I was always under the belief that affairs happened to people in either bad marriages or where there's no sex going on. And because we had both of those things, I was really unaware of how easily I could slip into an affair," Brian says. He started having his affair with a person who at first was just a friend. "And then you develop some sort of a connection with them through some sort of common interest," he says. "I didn't choose to go have an affair. It just sort of happened."

Neuman says Brian is right that most men meet the person they have an affair with in one of two places -- at work or through a hobby. "It begins as an emotional relationship. There's a friendship that develops. It's not just looking for the sex," Gary says. "We all have this picture of cheaters as the bad guys. They're horrible, rotten, not nice. No, they can be nice people who get lost, who do the wrong thing -- and they can be your husband."

Will Men Confess To Cheating Before Being Caught?

The tough question women struggle with asking and answering is: Do I want to know? A lot of women avoid the question because of what it may mean if their fears are true.

The lying is the ultimate betrayal and most difficult aspect for many wives. And most assume that an affair means the end of the marriage and beginning of a painful divorce. But this doesn't have to be the outcome.

I was in marriage counseling with a couple yesterday that just passed the one-year anniversary of her finding out about his affair. They sat in my office and he held her hand as she talked about still struggling with her fears of his traveling for work. We worked together to come up with things they both could do to help lessen those fears. As we did this, I reminded them that as painful as the affair has been, it's also brought them closer, strengthened their relationship, and connected them like never before.

The discovery of an affair doesn't have to be the end, it can also be what a lot of marriages need -- an opportunity for a new beginning. You can get your wish to "save my marriage."

Other Reasons Men Cheat On Their Wives

Of the many, many couples I’ve counseled through an affair I’ve heard men blame boredom, lack of attraction, a wife’s attention to the kids, not feeling respected or valued, just to name a few of the reasons given for cheating. While these can all be influences, they can also be used as excuses and ways to explain away bad choices. Because cheating is just that – a choice.

There are many reasons people give for cheating on their spouse. The truth behind them all, however, is that when a relationship begins to have problems and those problems are left unresolved cracks develop. Those cracks leave the relationship vulnerable to bigger problems like cheating.

The original “problem” can be as simple as not talking about something that’s bothering one of them, struggling with not feeling heard or understood, or discussions that never lead to any resolution or change.

So, if you’re wanting to know why men cheat on their wives there’s no single flaw or issue that’s the cause. It starts with a relationship problem and both partners bear responsibility for letting it put them at risk for one of them choosing to cheat.

What do you think about why men cheat on their wife? Leave a comment below.

Editor's Note: This post was originally published December 12, 2009 and has been updated with new information for accuracy and comprehensiveness.