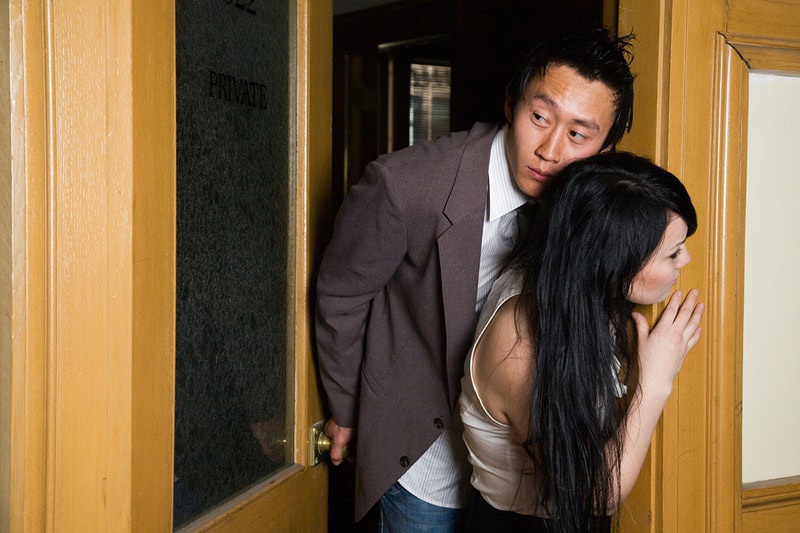 Would you know the warning signs of an emotional affair? They can be hard to spot until it’s too late, especially if you’re the person having one.

An emotional affair can be easily masked as a close friendship that goes just a little further than normal and be excused as “innocent” because the two people see themselves as "just friends.”

A cheating spouse is generally thought of as one who sleeps with or is otherwise physically intimate with someone outside their marriage. But this isn’t the only kind of affair, not by far.

Emotional affairs are just as damaging, perhaps even more so. And because they can be so deceptive, knowing the warning signs of an emotional affair is crucial for keeping your marriage healthy and safe.

How An Emotional Affair Can Start And What To Watch For

Want to know more? Check out the story of a cheating spouse below to see how the warning signs of an emotional affair can be exposed.

Therapist Gail Saltz tells the story of this cheating spouse in the article Could You Be Having an Emotional Affair?, published in The Oprah Magazine.

Sharon's marriage had become bland. Then she met Todd at work. Read how easily it all began in the first part of this series, A Cheating Spouse - How an Emotional Affair Starts. Here are some signs of a cheating spouse:

Sharon came to depend on Todd for emotional highs. The flirting, the accolades, the sympathetic ear all made her feel special. She escaped into this new involvement in a scenario that's increasingly common. Though emotional affairs have always been around, I'm seeing more of them among my clients than ever before.

We've all grown so used to watching, reading, and hearing sexually suggestive material that there's no longer an obvious verbal or physical line we think we're crossing. And the exponential growth of e-mail, instant messaging, and cell phones gives us a wealth of private ways to connect.

It's a snap to Google an old flame: What would have been idle fantasy a decade ago can, with the click of a mouse, grow into emotional (or sexual) infidelity.

We all know men and women who really are "just friends," and there's usually some romantic frisson, even if neither party admits it. But a healthy male-female friendship isn't clandestine.

Once a man or a woman avoid telling their partners how much time they're spending on the friendship, make sure they look great anytime they're going to be together, or confide more in each other, including marital dissatisfactions, than in their spouses, they're involved in an emotional affair.

What The Warning Signs Of An Emotional Affair Can Look Like

Often, I'm told of a friendship that hasn't gone that far…yet. But if the possibilities are tempting, I believe that's the moment to look more closely at the marriage.

What is each spouse missing that he or she needs? My prescription is for them to ask directly and answer frankly, because from everything I've seen, when a couple can't express their feelings, concerns, and dreams, they're both at risk for betrayal.

I frequently talk to couples in this vulnerable state, not only about how to reclaim closeness but also how to protect their relationship from third parties. Even when a marriage can't be salvaged, I'd rather see it end amicably before either person starts up with someone new. Three habits strike me as playing with fire:

What do these three warning signs of an emotional affair have in common? They’re all easily justifiable as nothing to be worried about. After all, if no body parts have touched then everything’s fine, right? No, it’s not that simple.

What affair signs do you see in Sharon’s story?

Because it’s so easy to ignore the warning signs of and classify them as innocent, emotional affairs can take hold and go a fair distance before anyone is forced to acknowledge what’s really happening. This is part of what makes them so dangerous and damaging.

Do any of the above signs of an emotional affair look familiar? If you suspect your spouse is cheating, get some guidance and support from a marriage counselor. Find out from an expert in emotional affairs what to do before you react. It's really easy to make things worse and drive your spouse further away by how you respond.

Read Part 1: A Cheating Spouse - How an Emotional Affair Starts

* This is the second of three posts examining the cheating spouse. Sign-up for our Blog at the bottom of this page and don't miss the last part of what to do about a cheating spouse.

Editor's Note: This post was originally published July 01, 2010 and has been updated with new information for accuracy and comprehensiveness.