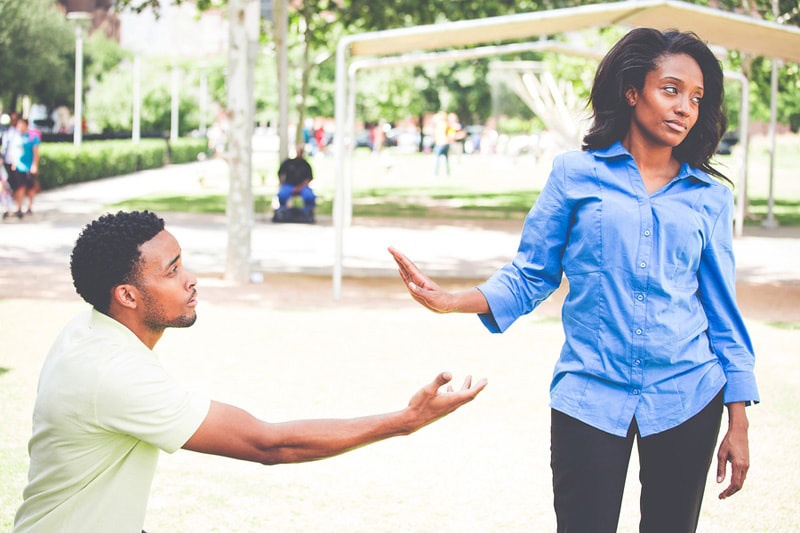 Wondering why do married men cheat? Both married men and women cheat, but the occurrences of cheating by married men is far higher. It seems to happen all the time, in fact, and the reasons men give are often very similar.

Let’s examine a high profile cheater, General David Petraeus, to find some answers. Below are excerpts from the USA Today article, Why Do the Powerful Cheat. It gives us a few starting points in understanding why do married men cheat [emphasis added]:

David Petraeus is not your run-of-the-mill husband with a wandering eye. He's not just another philandering politician or celebrity cheater, like so many others whose indiscretions have come to light in recent years.

He's a retired Army general who designed and led the military surge in Iraq and was top commander in Afghanistan. He had been deployed much of his career until he was named CIA director last year. His abrupt resignation amid news of his extramarital affair with a married Army Reserve officer brings a new wrinkle into an old story of why yet another powerful man risks so much for a woman.

All of these men were married, so are nearly all of the men I counsel after having an affair. They generally come to counseling to try and find a way to repair their damaged marriage. This is no easy task though. Repairing a relationship after a betrayal like an affair is really tough.

Risk takers "tend to believe they control their destiny or fate," Farley says. "The risk-taking personality has a bold quality. It's at the heart of great leadership, and sometimes it overrides what many Americans would call common sense."

Risk taking? Married men cheat because they're risk takers? Well, maybe. Certainly no one will argue that cheating isn't risky. But is this really why married men cheat? Are they really so enticed by the thrill of the chase that can’t resist temptation and stay faithful to the person they love? I don't believe so. Although I would agree that for risk takers it's easier to cross the line and cheat.

Add in a dose of entitlement, suggests Mira Kirshenbaum, clinical director of the Chestnut Hill Institute in Boston who has written books about infidelity.

"Power and success give people a sense of invulnerability," she says. "A lot of guys like Petraeus have worked awfully hard, and yes, they have a lot to show for it, but day-to-day mostly what they face is more hard work. Where's the big reward? An affair can seem like a long-deserved perk."

Entitlement? Now we're getting closer to one of the real reasons for an affair. Nearly all cheating married men I've counseled have been unhappy in their marriage. This unhappiness, whether about the sex life, not feeling respected, conflict with their wife, or a number of other factors, does contribute to them feeling entitled to finding pleasure elsewhere and thus to cheat.

This can be true of women as well. Men, however, tend to separate in their minds the physical nature of an affair from the emotional relationship they’re supposed to have with their wives. They’ll often say, "it didn’t mean anything, it was just sex” as though that makes everything okay. Understandably, their wives don’t see it that way.

"When he said he showed poor judgment, it minimizes the affair and characterizes it more as a one time poor decision than an extended period of decisions to maintain and continue the affair," he says. "It's almost like a 'How dare you?' response. It's part of that almost arrogance — 'Who are you to question me? I'm the one giving the orders here.' "

Crum says the fact that there was an e-mail trail "demonstrates a level of arrogance and a feeling that you're above the law."

Arrogance? Yes and no. Certainly arrogance and entitlement go hand in hand. I think arrogance explains more why men continue the affair even after the first indiscretion. Whereas entitlement can be more of the reason why married men cheat in the first place.

Many cheating men fall prey to the “I got away with it” feeling. They reason if they got away with it once and no one got hurt, they can do it again, and again, and again. Often it’s this arrogance along with their risk taking behavior that eventually leads them to getting caught. Once caught, and yes it always catches up to them in some form, the hurt and complications they were trying to avoid are enormous.

New research by sociologist Andrew London, a senior fellow at the Institute for Veterans and Military Families at Syracuse University in New York, has found increased risk for extramarital sex among veterans. One study online now in the Journal of Family Issues used 1992 data from 2,308 ever-married people to find that more than 32% of veterans reported extramarital sex -- about twice the rate among ever-married non-veterans.

A follow-up that includes data from 2010 finds "elevated odds for extramarital sex were higher among both male and female veterans," he says. London, the lead author, also finds that those who served in the military four years or longer had a particularly high risk.

Cregg Chandler of Sumter, S.C., has seen it firsthand. He retired in 2007 after 29 years in the Air Force, including the last nine as a chaplain at bases in the USA as well as overseas in Korea and Spain. He says infidelity appears to have escalated in recent years. That's why he wrote A Separation Survival Guide for Military Couples, out earlier this year. He says military life often brings stress, isolation and frustration, which can lead to having an affair.

Military separations, which are recurring and often long-term, create loneliness without the family support system.

"They have a saying in the military: 'What happens TDY (temporary duty assignment) stays TDY.' I'm not saying it's an overall mentality, but they have that saying." (from Why Do The Powerful Cheat)

Opportunity? Yes, now were getting to the real answers to the question why do married men cheat. How married men cheating happens is very much like how fire starts. To start a fire you need to combine 3 ingredients: Oxygen, heat and fuel. In another words, when you put a combustible material (unhappy husband) together with oxygen (marriage not addressing the problems) and provide spark (opportunity for relationship with an appealing woman) you get fire (cheating). Unlike fire, this combination does not always result in cheating, but it does frequently.

Resisting when opportunity presents itself can be difficult for the man that is feeling like the problems in his marriage are insurmountable. It isn’t impossible to resist though, and it is something all people, men and women alike should expect of themselves while they’re in a relationship. Unlike the fire, which will automatically happens when the right elements are present, affairs are a choice.

Why do married men cheat? First, because they're unhappy, lonely, stressed...(fill in any combination of unpleasant feelings). Second, because they're in a marriage that is not meeting nor addressing those needs not being met (which is both partners' fault). Third, opportunity presents itself in the form of another woman not to feel those unpleasant feelings. Spark. Fire. Cheating. And that's why married men cheat.

Editor's Note: This post was originally published on November 17th, 2012 and has been updated with new information for accuracy and comprehensiveness.