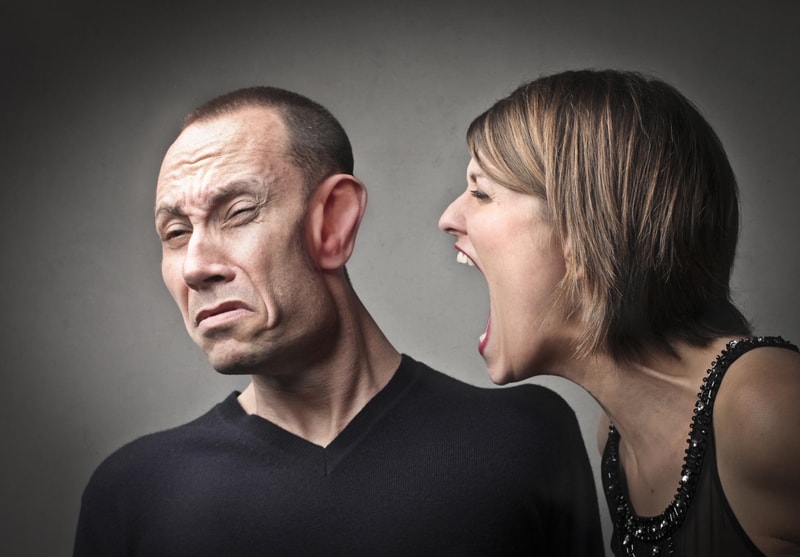 There has been a great deal written and discussed about men who are verbally abusive, or talk down to their wives, but what about the behavior of women in relationships?

Women are usually portrayed as the victims of men with tempers, but the truth is that they can be equally as volatile and angry as their male counterparts. In fact, some men want to know why it is that their wives are so mean.

It’s no secret that women can be moody. There are a number of reasons for this and, by the way, men are not immune to moodiness. These mood swings can be attributed to anything from a bad day to hormones, and whether you are a man or a woman it’s usually the spouse that takes the brunt of the bad mood.

Women often handle their moodiness differently, however, than men, and because of this many married men can end up feeling like their wives are just mean. Clearly this isn’t a healthy state for a relationship.

Understanding why your wife behaves the way she does and is mean is the first step to getting your relationship into a happy place. It may take some time, and will definitely take some patience, but working toward that understanding will ultimately bring you closer.

What Causes My Wife To Be Mean?

Every woman and every relationship is different, but there are some common sources when it comes to a negative attitude in women.

Dr. Kurt works with men regularly who are trying to figure out why their wives are behaving the way they are and what to do about it. According to him,

When your wife is mean to you it's because she's hurt or in pain. Not usually physical pain, but emotional or mental pain. This could be due to something or some things you did or did not do that has upset her. However, that's not always the case. Sometimes the mental anguish that comes out in mean and abusive words and actions has nothing to do with the partner or relationship. We all know there are times when we can get over stressed dealing with our kids or work and take it out on those we love. For some people, sadly, their partner can be a regular target where they can unload. The next time your wife snaps at you remember that it's coming from some kind of internal pain, most likely psychological. While this doesn't change that it's wrong, hurtful and needs to stop, it does help in dealing with it to have some understanding."

These are not the only reasons your wife may be acting mean. Women also go through natural fluctuations in hormones that can cause changes to mood and behavior. Whether it’s PMS or perimenopause, which can just look like she's crazy, it’s possible that she is dealing with changes that she finds difficult to understand herself.

The natural stressors of parenting, or dealing with aging parents can also create pressure and frustration. Unfortunately, these frustrations can often be taken out on those closest to her, namely you. This doesn’t excuse mean or abusive behavior, but understanding why she is behaving the way she is can help you work with her to change her behavior.

What You Can Do When Your Wife Is Acting Mean

The answer to that depends a lot on what the actual reason for her behavior is. But to start you can re-frame the way you view her. Rather than seeing her as someone who is trying to hurt you, try looking at her with the understanding that something is bothering her. Her behavior stems from something and you may need to put some effort into it to find out what exactly that is.

You might try approaching things gently, discussing with your wife how her tone, behavior, and word choices are hurtful and combative. If you approach things from a caring standpoint and show that you love her and let her know that you want to understand why she’s behaving this way, it’s very likely that she will soften and find a way to open up to you.

Bear in mind that this may not happen on the first attempt. If the problems she is wrestling with are difficult to discuss and you have grown apart, it may take time and patience to break through. And this may also require you to face issues in your relationship that have led the both of you to this point.

What you should not do, however, is match meanness with meanness. If you wife is being mean, being equally as mean and cruel will not help, it will only make things worse and drive you further apart. A reader dealing with a wife whose behavior had become difficult wrote in to say,

My wife has a high conflict personality that is regularly emotionally abusive towards me. When she yells and puts me down and says mean things I get upset and say mean things back to her. How do I not react when she pushes my buttons with her abuse?" -Stanley

Managing this response in yourself can be difficult. The urge to “fight back” when someone is being mean or cruel is a strong one. Doing this, however, will only make things worse.

This doesn’t mean that you should accept or ignore abusive behavior. There is nothing okay or healthy about being willfully cruel to your spouse. If your wife isn’t responding to your attempts to understand her and continues to verbally abuse you it may be time to seek the help of a counselor. Men come to Guy Stuff every day to learn how to fix problems just like this one.

The bottom line is that if your wife is regularly being mean or emotionally abusive toward you it needs to stop. A healthy relationship doesn’t include insulting, berating, or cruel behavior. Getting your wife to stop this behavior will take patience on your part and finding common ground for an honest discussion about why she’s acting this way.