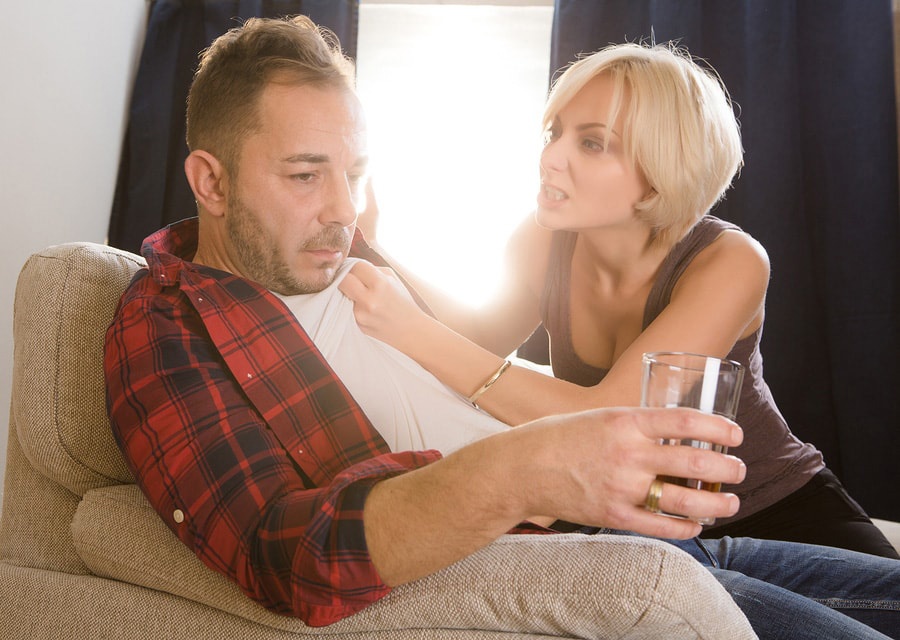 We’ve been examining the marriage between Carrie and her husband, Al. They've experienced a number of problems as a couple and Carrie has been struggling with how to keep their marriage together. As the connection between them has broken down, Carrie has questioned Al’s love for her and suspected he could be depressed. Now Carrie’s wondering if it’s even possible to save her marriage when she can’t get her husband to change.

Her Perspective On Their Marriage

Carrie doesn’t know what to do about her marriage. Things aren’t good between them and something needs to change. She’s been concerned about the following regarding Al for quite a while.

She feels like all of these things are true, but isn’t certain where to start in helping him and fixing things between them. She’s already tried a number of things.

Unfortunately, Al has been stubborn and hasn’t responded to many -- if any -- of her suggestions.

His Perspective On Their Marriage

For Al, like most men, it feels like Carrie has become a nagging wife, always riding him and telling him what he’s doing wrong. He's told her a number of times, "don't pressure me." Carrie's got some good ideas about what's going on, but after years of her telling him things he doesn't want to hear, all Al hears anymore is "blah, blah, blah."

Al is having a hard time seeing what his behavior is doing to their relationship. From his standpoint Carrie’s just never satisfied. She always seems disapproving and unhappy with him. This makes it really hard for him to want to work with her to make things better.

Al's mood is unpredictable and he has a lot of anger. Carrie says it seems like he's always either grumpy or angry. So she does everything she can to keep the peace in the house as she and the kids walk around on eggshells.

So she keeps asking herself, "How do I save my marriage?" What does she do when she can't get her husband to change?

How Carrie Can Save Her Marriage

Carrie and I have worked on a plan in our counseling sessions on how she could do this. Then, when she started to practice these new strategies, she started to see some results. Al responded in a more positive manner and their communication is improving.

Carrie’s marriage isn't fixed by a long shot, but Al has gone to the doctor and he'sexploring counseling. That's progress and any progress is a positive thing. A funny thing about progress is that is a powerful motivator too. When you see something working it makes you feel hopeful and you want to do more of it.

It's just a start, and obviously there's a lot more to do. But it's some change in her husband that Carrie thought would never be possible.

If you can relate to either Carrie or Al, think about how you could change-up some of the strategies you're using as well.

This is the third and final post examining a marriage in which a wife feels her husband doesn't love her anymore and she seeks the expertise of a marriage counselor for help in finding out what she can do. To read the first two posts, see the Related Articles below. Sign-up for this blog at the bottom of this page and you'll get advice that you can put to work to make your relationship better.

Editor's Note: This post was originally published March 04, 2010. It has been updated for accuracy and comprehensiveness.