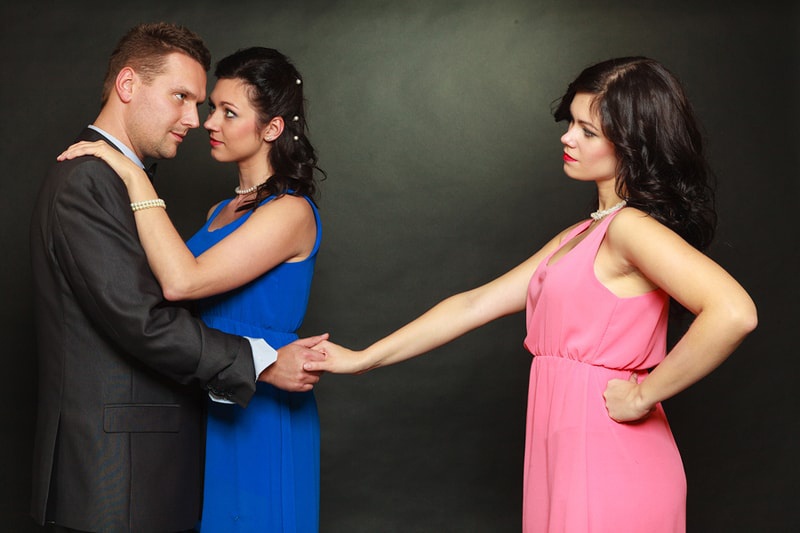 Marriage is traditionally defined as a union between two people. Within this union there are many promises made, but foremost among them is the promise to be faithful, and intimate only with the person that you have married. But what if the married couple wants to rewrite the rules and create an open marriage thinking it will make things better? Is it possible for an open marriage to save a troubled marriage?

What Is An Open Marriage?

It seems rather straightforward, right? You might think an open marriage is simply one where each partner is allowed to spend time with other people in an intimate way. It’s not quite that simple.

Open marriages are defined as those where a married couple agree to having a non-monogamous relationship. This can mean that partners are allowed to engage with other people in either emotional or sexual ways. Not always both at the same time. Often couples who call their marriage “open” will attempt to place rules and parameters on how things actually work. The goal being to enhance or save the relationship and fulfill needs, rather than to threaten it. This doesn’t always work in the way it is intended, however.

These “rules” can involve the amount of time you are allowed to spend with any one person, the level of connection you are allowed to develop, the kind of sex you are allowed to have, or any number of other particulars. Creating the parameters for an open relationship can be quite complicated and isn’t often done very well. In fact, one of the most common problems as people attempt an open marriage is that these rules are not well thought out, or realistic.

Why Do People Want An Open Marriage?

The overwhelming reason people will give for engaging in an open marriage is that they feel it will somehow make their relationship stronger. The claim is that it is impossible for one person to fulfill all of someone else’s needs and that by removing the pressure to be everything to each other, you will be able to focus on the things that make you stronger as a couple.

Some also claim that by creating an open relationship you automatically avoid the hurt of cheating should it occur, and the difficulty of fixing the relationship afterward. The thought is that by allowing intimacy with other people under certain circumstances you create a stronger and honest relationship. No need to sneak, lie, and hide.

And then there are some couples who have differing sexual desires and, rather than split up, agree – with rules – to let one another seek sexual fulfillment with other people. Sexual incompatibility in a relationship is not uncommon, especially as a relationship ages. Frequency (or no sex in the marriage at all), type and specific sexual desires can all change over time. If partners are not willing to work together to meet each other’s needs they may see an “open” relationship as a way to save the marriage or solve the problems.

Dr. Kurt has worked with couples who have turned to the open marriage concept as a means to save their marriage. When asked about it he said,

I've counseled a number of couples trying to make an open relationship work. In fact, one couple right now is trying to decide whether or not to do it to save their marriage. One of the common reasons these couples seek my help is that it's not working out as they had expected. It's also common that it's more the man pushing for opening up the marriage than it is the woman. While nearly all of them deny that it's about wanting to have sex with other people, that's always a big factor. Some other commonalities are a lack of clear, well-thought-out rules and boundaries; a misguided belief or hope that this will make the relationship better when it just complicates and devalues it; and an underestimation of the emotional and esteem issues that will arise."

Can An Open Marriage Really Help A Relationship?

The short answer is no, it really doesn’t. And there are a number of reasons for that. Let’s take a look at just a few.

If you think that an open marriage might save your marriage it would be wise to take a closer look at the reasons that are propelling you that way. It may seem like the perfect solution to the problems you are having, but is more likely a band aid and only masking the real issues. Not only that, but it’s likely that you will, along the way, only add more problems to the ones you already have.

Before considering an open relationship it might be better idea to try reconnecting with your spouse and developing a plan that creates satisfaction with each other rather than involving others. You may find you need help in doing this and that is okay. In the end your marriage is likely to be stronger for it.

What Do I Do When My Wife Hates My Family?