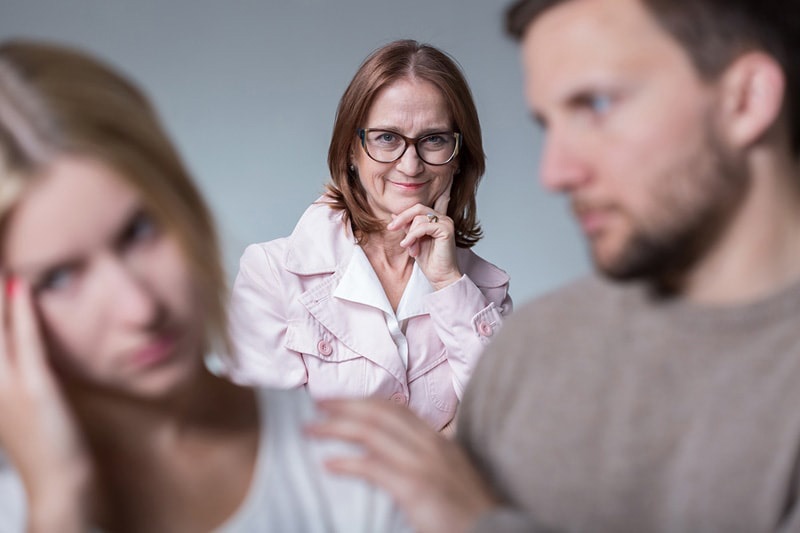 It’s already May – and that means wedding season is upon us. Weddings are usually such happy occasions, full of love and hope for the future of the bride and groom. As wonderful as it can be, it can also mean mother-in-law problems.

Mother-in-law problems can be one of the biggest issues in an engaged or married couple’s life. In some cases, they’re really more like out-laws. Some mother-in-laws have a way of letting everyone know their displeasure with the new family member over issues big and small – and yet seem to forget their own son or daughter can think or speak for themselves, and in most cases, should.

Why is it that the mother-in-law relationship can be so difficult? When you think about it, it really shouldn’t be. You have so many meaningful things in common: love for the same person, wanting what’s best for that person, and for them to be happy. For some though, it’s these same things that make for fast adversaries.

Some mother-in-law problems arise out of a competition for the attention of the adult child. Because they are now spending all of their time with their fiancée or new spouse, there may not seem to be room enough for mom, which can be seen as not loving them as much anymore. When they visit mom, of course your spouse is going to take you with them – you’re now a package deal. Mother-in-law’s can be very resentful of having to share time and space with someone else.

Here’s a comment from our blog where the partner has problems with their mother-in-law:

My advice for ALL married couples is NOT to live with you mother in law. She's acting more like the wife and undermining my relationship with my husband. I had to ask her tonight to let me speak to my husband when he gets home before she does. Usually she just pounces and he gets caught up in what she wants he forgot about me..." –Victoria

Getting married doesn’t mean we no longer love our parents as much, but they will get less of our attention. We are going to still want to visit our parents and include them in our lives – but they have to respect that we’ve made a commitment to someone else and that is now the higher priority relationship. Which means they have to be polite to that person, and accept that that person is now part of the deal when we see them.

Who would know what’s best for their kids better than a mother? As adults, however, we know what’s best for ourselves, not our mom. Some mothers, however, feel that they should reign supreme over our lives – even when we’re 45-years-old. It can be a hard habit for parents to break and some never feel compelled to stop parenting, even adult children. What makes that more difficult is that some of us don’t know how to let our mothers know that we are now adults who think for ourselves. This kind of lack of communication in our marriage can mean problems with the mother-in-law – as well as with our spouse.

Here's a personal example of my own mother-in-law problems. When my husband made the decision to go to grad school, instead of saying anything supportive or positive, my mother-in-law was mad and said, “Well! I’ve been telling him he should go for years, but what do I know – I’m only his mother.” I became the bad guy, not for suggesting grad school, but because he actually went to grad school. When I later told my husband about the comment, he said she had never mentioned grad school to him – so clearly, she wanted me to know she knows what’s best for her son. As his wife, it’s only natural I would want was best for my husband, too, right?

Here’s another blog commenter whose mother-in-law is causing problems, while obviously wanting what’s best for her daughter, by over-stepping her place:

…my wife spent a few days at her mothers but her mother couldn't convince her to stay, she still wants out as she is very stubborn and angry with how life has turned [out for us]…her mother said to have a trial seperation say for 6 months or longer, my wife's mother has advised me to move out of the house and leave the kids with her and I can see the kids once a week…my mother in law say we best divorce and become friends for the sake of the kids…my mother in law organised a friend who is a counciler [to talk] to her...family tensions have been a big part of our marriage over the years, my wife and mother in law say I have changed too many jobs over the years, but I have advised I have never been out of work…" -David

No one wants or needs their mother-in-law (or future one) telling them what’s best for their partner or worse, guilt-tripping them because of some imaginary slight or that they don’t measure up to her expectations. Big or small, whatever the issue may be, if she can’t refrain from commenting or speaking out inappropriately, it’s up to our spouse to talk to her. This can be difficult for our partners since for some it can seem unthinkable to speak out “against” their mother and be independent.

I've counseled couples where mother-in-laws have been big problems. In fact, one couple right now is getting a divorce partly because his mother-in-law was so intrusive, even moved in with them, and his wife hasn't limited her mother's negative impact on their marriage."

What To Do About Mother-In-Law Problems

Mother-in-law problems can be so trying. It can be hard to forgive and forget the slights and insults. The important thing to remember is that we love our spouse. We need to work together to come up with boundaries that work for our situations, consistently stick to them, and have a united front.

When we find our mom making snarky comments, laying on guilt trips, or being just plain rude we need to speak up and let her know that’s not ok. Abusive relationships can't be tolerated, even from mom. Once she sees that she cannot divide and conquer, that her adult child is happy with their chosen partner and in life, hopefully she will start to back off, but don't count on it. It will take some effort and patience, but if you stick with it, your mother-in-law problems might become a thing of the past before they poison or destroy your relationship.