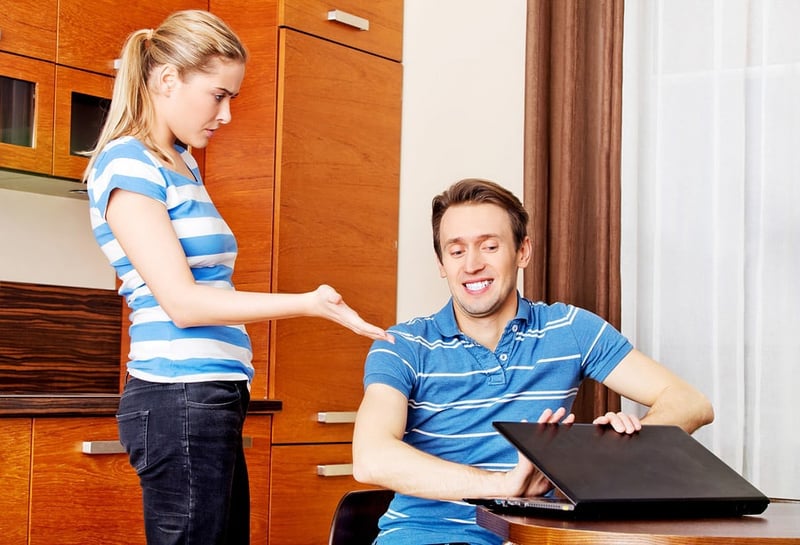 I need help with Facebook relationship problems. My wife and I were separated last year for a few months. During our separation, we worked on our own issues, and we also were in marriage counseling together and worked on our marriage and Facebook relationships. Within a few months, we were back together. Prior to being separated, we had a joint Facebook account. When we separated, I started my own Facebook account."

Now, a year later after we have reconciled, she has asked me to delete my Facebook page and for us to have a joint one again. I do not want to do this. I've spent all this time building up my own page, finding old friends, putting my own content, etc. I told her I'd be happy to give her my Facebook password & let her regulate my content & even my friends. She said no - she wants me to delete my Facebook page. I don't feel comfortable with this and feel like she is accusing me of flirting on Facebook and trying to control me. She is almost to the point of saying 'it's me or Facebook'. I don't know what to do." -Darrel P.

Facebook relationship problems most often occur when one partner has relationships with the opposite sex through Facebook, which can easily turn into flirting on Facebook, and then is secretive about it.

Here are three keys to a healthy relationship that you and your wife should work on practicing here: trust, sacrifice, and compromise.

I agree that it's concerning that she seems so uncompromising about other alternatives to deal with the potential of future Facebook relationship problems. Perhaps there's good reason based on past history? Even of there isn't justification, you're also not practicing sacrifice by being unwilling to let go of your Facebook account. Which one really is more important to you?

Take a look at what problems Facebook can cause in a marriage and then consider how you can compromise with her. It seems that your relationship is important enough to you both to find a solution.