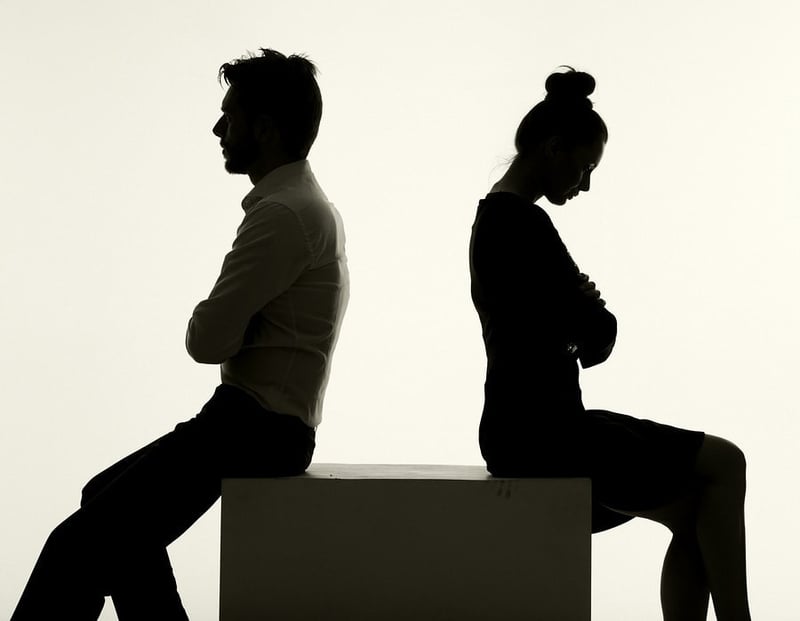 Married problems? Mistakenly, a lot of people believe that being married means you'll have problems. Although married problems are common, they don’t automatically come with one another.

We create our married problems. So in this final article we’ll learn what this couple did about their problems in marriage. The first two articles have explored the Marriage Troubles and Marriage Failing of Command Sgt. Maj. Chris Faris and his wife, Lisa. As in the previous articles, I'll share an excerpt from the USA Today story on the Faris' (military married problems) and then my insights.

To the world outside, they were this strong Army couple ministering to families in grief. At home, it was arguments, strained dinner conversation and simmering resentments.

For many, many marriages what family, friends, and the world sees is an illusion of what really happens behind closed doors. The truth about our married problems is something we can work really hard at hiding from others, and often even from ourselves.

From their home in Fayetteville, N.C., Lisa had her own vision of the war. "I lost more friends. There were so many casualties from home. Not from death. But from (wives) just quitting. From (them) walking away from their situations because they just did not have the strength to do it anymore."

Lisa was also deciding secretly by 2006, she says, that the marriage was over -- something her husband said he never realized until they both began telling their stories this year.

It’s pretty common that one partner gives up on the marriage and dealing with the problems in marriage much earlier than the other. Often the other partner, most frequently the guy, doesn’t realize his wife has given up until much later.

It was the epiphany Chris had in 2008 -- triggered by his younger daughter's chastening remark about missed birthdays, and a long contemplative plane ride back to Afghanistan -- that began the turnaround.

Read more about what Faris’ daughter said to him about their marriage troubles. In my experience, a lot of men don’t hear the message about the married problems until the wake-up call comes from something involving their kids.

The next year, he came home pleading with his wife to begin marriage counseling..."I'm on bended knee, 'Hey, I got it. I screwed up. This is the last chance. I love you,'" Chris says...She was reluctant. They had attempted counseling without success. But this time, the counselor helped them see the walls they built between them, and the bricks began coming down..."She actually gave us the desire to try," Lisa says.

A very important lessen here is that just because marriage counseling may not have been successful in the past doesn’t mean that it can’t be this time. Too often couples use counseling as an excuse not to try to fix problems in marriage. It’s amazing what a difference it can make when both people come to marriage counseling with an open mind and motivated to change.

"The commander and I are absolutely committed to preserving the force," Chris says. The first step is seeking help, he says.

Got married problems? The first step, as Chris says, is to seek help. You've started to do this by coming to this website. What's your next step?