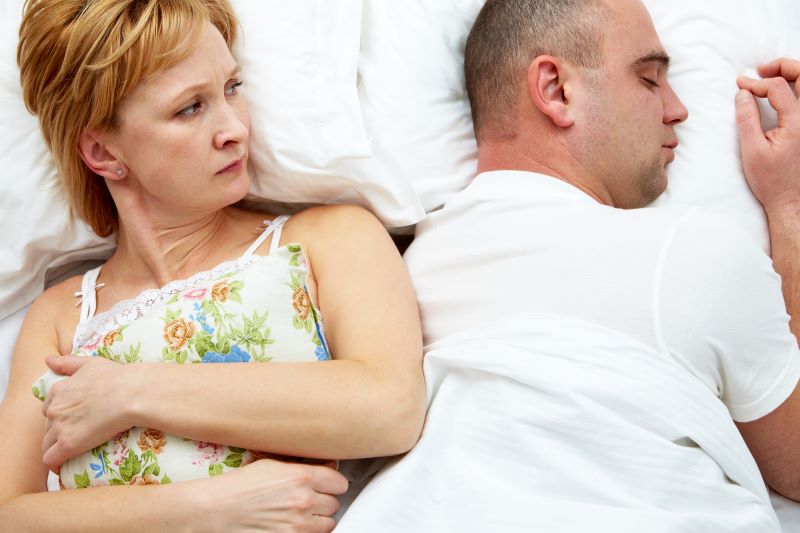 Resentment is one of the most challenging and destructive things a marriage can face. It’s sneaky and easy to ignore, and very, very hard to acknowledge once you realize it’s there. One of the worst parts about it is that resentment in your marriage can occur without either one of you knowingly doing anything wrong.

When resentment builds in your marriage it’s difficult to handle for many reasons. One of the biggest, however, is that it often goes undiscussed. Often the partner feeling resentment won’t acknowledge these feelings or feels embarrassed that they’re feeling this way at all. So, years can go by with resentment in your marriage growing and silently eating away at your happiness and the health of your relationship.

In a marriage, for instance, you may be jealous of your spouse’s success at work wishing you experienced that level of success. Conversely, you may resent the fact that because your spouse makes more money they also drive the nicer car, feeling this is unfair because you work equally as hard even if you don’t make as much money.

Resentment can manifest in several ways within a marriage. One of the most common is a dissolution of the connection and closeness that makes a marriage satisfying and successful. There may be a wall of silence that grows between you and intimacy may decrease or disappear altogether. As you continue to withdraw from one another anger can begin to grow.

Left unresolved resentment in your marriage will lead to a simmering anger that can take over and replace the loving feelings you once had. Then one day you realize that the love seems to be gone and what you feel toward your spouse is a bitterness and anger that has hardened you and made you feel that perhaps you married the wrong person.

This is what a couple combating resentment can look like and lead to and why you need to deal with these feelings before they grow to this point.

What Can Cause Resentment In A Marriage

Dealing with resentment in marriage effectively means being aware of when and where it can begin. In a marriage there are three common areas where resentment can grow.

Not a big surprise, right?

These are also areas that bring on strong emotions and can create the most disagreements. And when you combine strife in all three of these areas it can lead to big problems.

Dr. Kurt works with couples all the time who are struggling with the build up of resentment. He has observed firsthand what that can do to a marriage if not addressed. According to him,

There are a couple of common causes of resentment I regularly see between spouses. First, one partner feels there's a double standard in their relationship. Like feeling there's one set of rules they must follow and another their spouse gets to follow. Second, resentment in marriages also frequently arises around sex, particularly for men. A lot of husbands resent their wives for restricting or controlling the frequency of sex in their marriage. It's easy and not uncommon for all of us to feel something is unfair. However, letting that feeling fester until it turns into resentment is unhealthy. While it can be hard to talk about how we feel, it's necessary to do so in order to have a happy and healthy marriage."

Resentment doesn’t generally start as a volatile emotion, however. It creeps in and grows, and men and women are equally as prone to experiencing it.

In all three of these areas it’s usually a feeling of inequity that initiates things. A husband may feel like it’s unfair that his wife gets to spend so much time with the kids and create such a tight bond with them, while his wife feels like he gets to have stronger relationships outside the house and more fun in general. Or she may feel like she has to do all the thankless, mundane things that keep their lives moving and he takes her for granted.

Feeling unappreciated is big contributor to resentment in a marriage. One person compares their own workload in their life and relationship to that of their partner and feels like it’s skewed, and they are doing more. It’s also very likely they feel undervalued and taken for granted. At this point if these feelings aren’t addressed and resolved, resentment will begin to set in and cause problems in your marriage.

Resentment can occur at any stage of a relationship and it’s usually the result of unconsciously selfish behaviors and a lack of good communication. In other words, partners don’t generally try to take each other for granted or deliberately create an inequitable workload in the marriage. But if you aren’t paying attention or are so wrapped up in yourself that you’re not communicating with your partner, it’s easy to end up in this situation. Unfortunately, this tendency gets worse the longer a couple is together and can lead to affairs or even late life divorces.

Can You Get Rid Of Resentment In Your Relationship Once It’s There?

Once resentment sets in it can be tough to shake. And it can become a toxic and vicious cycle. If you feel hurt and angry you can have a very hard time feeing empathetic and loving toward your spouse. This can make it difficult to see their side of things and admit that you may also be at fault for the state of your relationship. You each feel unheard and unloved and bridging that divide can seem impossible. So, you continue on with these feelings growing and becoming more and more destructive.

The good news is that it is possible to build that bridge and dismantle the resentment that has built up and taken over your marriage. The hardest part is the initial discussion that requires you each to name your feelings, listen to the other person’s feelings, and acknowledge your own part in things. I say it’s the hardest part because it requires you to look beyond your own hurt and the laundry list of injustices that you likely now have, and be open to feeling empathy for the person you believed caused your pain. Getting to the point of being ready and able to listen to each other once resentment is a factor in your marriage is difficult at best and for some can feel impossible.

That’s not the end, however. Once you have been able to start the process you are likely to find that you are also dealing with distrust and scars that make the move forward slow going. One partner may be hesitant to make the positive moves they need to because they feel the other partner should “go first.” Or they may fear doing too much because it won’t be appreciated, and they will be vulnerable to being hurt again.

Because of this you will need to agree upon and establish a new way of communicating and moving forward. This is an area where many couples benefit from marriage counseling or couples counseling. A professional, impartial, and experienced third party can help you move forward by assisting in the development of effective communication tools. You may also find that getting your marriage back to a healthy and happy state happens more quickly with the right intervention.

Regardless as to whether you do it alone or through counseling, if resentment has entered your marriage you need to find a way to get rid of it. Resentment in your marriage is toxic and will eventually lead to unhappiness. No one wants to look forward and see just sadness and anger on the horizon.