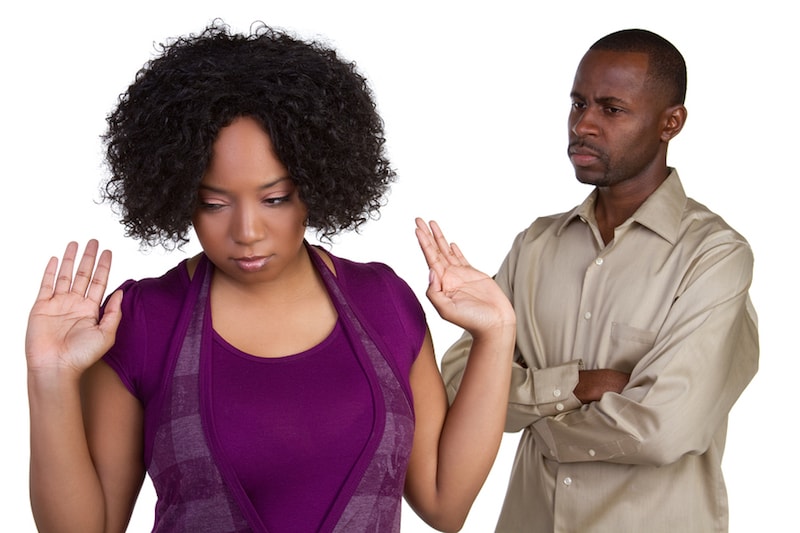 Not getting angry isn't as easy as many people think. Like many issues, those of us with no experience with the problem can struggle understanding why it's so hard for people who do. This is true with anger and especially with how to deal with anger in a relationship.

Most anger problems are caused by interactions with other people. Typically these anger arousing interactions are with significant others, especially partners. This inter-relational component adds a lot of complexity to dealing with anger, particularly in a relationship.

The simple way to look at situations involving anger is to assume that the person who's angry is wrong, after all, yelling, slamming your fist on the table, or punching a hole in the wall is obviously wrong. But to assume that because the angry behavior is wrong that the person doing it is too, and thus the other person must be right, is a mistake and not always true.

One of the reasons anger management classes have such a high failure rate is that they don't address the whole picture of anger. Here's an example of how complicated it can be to deal with anger within a relationship:

I met with a man last week, Jared, who told me that his wife hasn't talked to him for nearly a week and that he's been sleeping on the sofa for the past 6 nights. The reason? He got angry with her.

Jared described a trip to Los Angeles he, his wife, and their three young kids took the previous weekend to go to a bar mitzvah for one of his wife's cousins. The first night in the hotel was miserable for both of them for a combination of bad hotel experiences (most of us know what that can be like).

His wife announced the next morning, "I'm not staying here again. We're driving home tonight!" Jared was silent externally, while inwardly he thought, "That's insane, let's just find another hotel." Having responded to such declarations (err, orders, commands, edicts) by his wife in the past, and having been attacked for having a different opinion than hers, Jared stuffed his feelings and kept quiet.

That night, after a long day and being left alone with 3 exhausted little kids well past their bedtime, at a party he didn't really care to be at, Jared sent his wife a text asking where she was. When she didn't reply, he got angry.

Her mother was sitting nearby and offered to help him with the kids. While carrying the kids to the car, Jared stumbled upon his wife outside smoking with her cousins. She then got upset at him that he had decided to leave without talking to her. Fighting ensued, which ended (temporarily) with Jared loading the car to begin a 7-hour all-night drive back home at 9:30 at night.

For the next 2 hours they fought in the car with Jared apologizing repeatedly for getting angry, while his wife didn't apologize for anything (he says she's only apologized twice in their 9-year marriage), and him being called a "pussy" by her for making a scene in front of her mother.

So who do you think has the anger problem in this relationship? The truth is that they both do, but Jared is the only one in anger management class with me. And he willingly admits he gets too angry, but he's come to see me partly because his wife tells him he has anger issues and needs to get them fixed if she's going to stay married to him.

The first step for anyone in how to deal with anger in a relationship is to recognize how complicated understanding anger can be. Jared's marriage is a perfect example. It's not uncommon at all for both partners to struggle with anger, and often for justifiable reasons.

Another not so uncommon component of dealing with anger in relationships is that the anger can be a result of abuse in the relationship. Calling your husband a belittling name like "pussy" is marital verbal abuse. Sometimes anger comes out of feeling stuck and unable to stop abusive behavior like that. It can also be argued that the anger that comes as a response to being put down is abusive too.

I am not sharing Jared's story to blame his wife for his anger, because she's not to blame for it, he is, and the roles of who's attacking who can easily be, and often are, reversed. But, it's just vitally important that everyone be aware of, and take responsibility for, their part in influencing anger.

If you're searching to find out how to deal with anger in a relationship, start by thinking about the bigger picture beyond the angry behavior and the possible influences (not excuses) for it. In order to be successful at managing anger we have to address the whole picture -- the anger and what causes it.