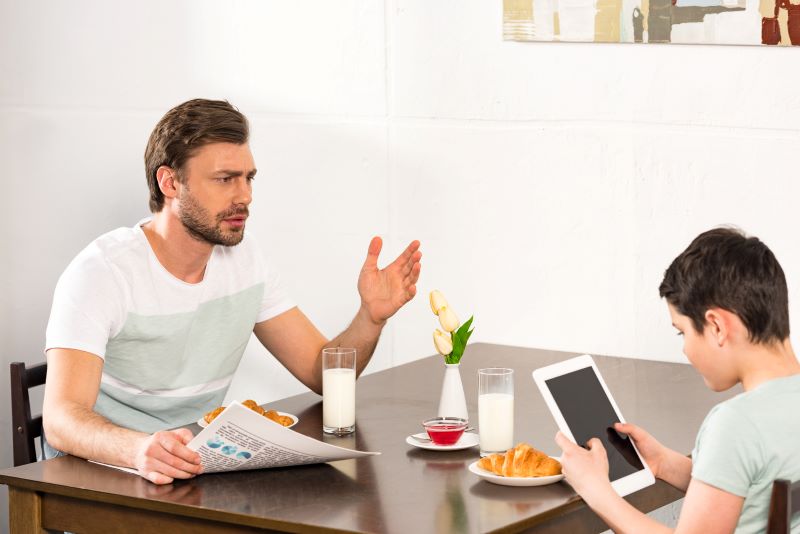 Everyone gets angry. Even mild mannered, quiet, introverts get angry. However, for some of us it's just much more obvious than it is with others. So how does someone know when their anger is a problem? What are the symptoms that you really have anger issues?

It's pretty clear that the guy who puts his fist through a wall has an anger problem. But what about less obvious anger issues symptoms?

Here are some not so clear symptoms of anger:

Most people who get anger management help don’t do it for these reasons. It’s because they slammed their fist on the ironing board and broke it (a guy I met with last week) or you’re blowing up your husband’s phone for days over something you didn’t like (talked with her 2 days ago).

This is a form of what’s called cognitive dissonance, which is when someone has two contradictory beliefs. Most people who have issues with anger don’t believe they’re an angry person. They’ll acknowledge that they get angry occasionally, but don’t believe it happens frequently enough to make them an angry person with a problem. But honestly, would you need to be in anger management if it wasn’t a regular problem?

My husband’s anger issues has been a problem for a number of years but more recently its gotten worse and has become really scary for me. We recently started marriage counseling but he’s basically doing everything he can to showcase that I am the only one with issues. I’m not perfect. I’m very codependent and I have spent the last few years trying to fix things by trying to make our house perfect by organizing and creating awesome play room for our boys, also spent money taking my husband on vacations and getting him gifts to try and get him to relax and realize that our life is not that bad. Obviously wracking up debt trying to make things better didn’t work, but now that’s paid off, and the same anger problems are still there with no end in sight. Whenever he wants something if I say no or start asking questions he immediately starts yelling and starts threatening me mostly with divorce. He's threatened me with divorce over things like drinking diet soda and even made me get a sleep apnea test because he said I snore. I love my husband and I don’t want to lose him. Even more we have two sons and I don’t want them to miss out on having a father. He is so adamant that I am the one with the issues and that it is my fault he is angry. I don’t want to make him mad so that he leaves and decides to divorce me. I’m really scared and I don’t know what to do. My husband is very proud and more so he’s very scared of his families issues. The thing is super scary for me and he also gets irritable with our 4 year old son. I know my husband loves us but we definitely have major issues. I need to know how to get him to accept some kind of help for his anger issues – thx." -Braelynn

According to Braelynn’s husband he doesn’t have anger issues symptoms, he has a wife who makes him angry. Of course, he has a right to be upset about her overspending and putting them in credit card debt. But he’s ignoring the other symptoms that show he has issues managing his anger and isn’t just put in situations that cause anger.

Symptoms of Anger Issues To Look For

Since it’s a struggle for people to acknowledge that they have an anger problem, what are some common symptoms that you have an issue with anger? We saw some with Braelynn’s husband above. Let’s look a little closer at them and a few others.

This isn’t intended to be a complete list, but rather a few of the most common areas to look at when assessing someone for issues with anger.

My partner is always accusing me of cheating. I do watch porn occasionally and have been verbally abusing her out of anger from her accusing me. It seems she loves the fighting and is ready at any hour and sometimes the finger pointing, past issues go on for days. She can't control her tongue, or timing. It's almost as if there's no respect at all and sometimes it seems as if her mouth is on auto pilot. I'm so disgusted with being trapped on this wheel. I know she's been dishonest at times and I also have many faults. I'm a veteran and sober addict who finally sought treatment after much self inflicted agony. I see so much of the outrageous behavior I used to display before learning to own my dirt. I've made tremendous leaps. I have trust and anger issues myself and combat related PTSD. For the most part I cope until provoked. I'm on a hamster wheel at warp speed with her and it's killing me. The starting of and not letting go of things by her is horrible and always begins and ends exactly the same almost step by step. Almost like some twisted game, nothing being her fault." -Aaron

It’s not unusual for both partners to have symptoms of issues managing their anger. And for each to feel justified in being angry because of what the other has done or is doing. It sure looks like this is true for Aaron and his partner.

Everyone gets angry now and then. Although some people believe not everyone does, but I don’t believe that’s true. I just think we can’t always see the anger, and the intensity of it can vary quite a bit from person to person and situation to situation. The Bible describes God getting angry, so if he can get angry so can we. An important question then is what separates normal anger from problem anger.

The list above are some of the biggest things that make anger a problem – losing control, how often getting angry happens, how long it lasts, how it impacts others, and if it’s caused problems for us.

Here’s an example of how anger goes from normal to problem:

My husband and I have been married for almost five years and although at first our fighting was not very often it has become a constant daily struggle to keep from getting into a huge argument every day. I feel like as our arguing has been increasing and the severity has also increased. Also I feel my own abilities to handle the arguing and to stay calm and mature are failing and that my anger and ability to control my temper and let things slide have left me completely. It feels as though everything I say he has an argumentative tone and when I respond in like manner neither of us can keep from a knock down drag out fight...often over something small and stupid. Things that I could let slide before are unbearable now. He has also had a short fuse but then is quick to make up. I on the other hand have had a long fuse in the past and it would take a lot to upset me, but when I got there I would hold a grudge and not let go very easy. So I feel as though I have retained my bad traits and inherited his as well, which I know is not fun to live with. How do we keep from turning every little thing into a fight and how do I overcome my new found anger management issues?" -Melissa

Melissa admits she gets angry, but says it’s now gone to a whole other level. This pretty common within intimate relationships, that over time as problems grow and aren’t addressed, anger increases for both partners and what could have been one person with an anger problem becomes two partners with one (like Aaron’s situation above).

Not everyone recognizes or will admit what Melissa does,

I feel as though I have retained my bad traits and inherited his as well.”

Another thing we can see with Melissa’s situation is that anger can look very similar in men and women. I could change the name on that quote to Tom and we’d think it was describing a man with a problem with anger issues. There are also differences between the sexes as to what the symptoms of anger issues can look like.

Typically, men are more physically expressive with their anger, like yelling, slamming doors, putting holes in walls, etc. Women usually are less demonstrative and will be more subtle, such as using the silent treatment to show their anger, being passive aggressive, like by withholding sex, or as Melissa says, holding a grudge. Obviously, both men and women can and do any and all of these, but as a whole they come out more along these sex lines.

There’s no question that some of the symptoms of anger issues can be subtle or not obvious at all, but they also can be clear as day. If you’re struggling to determine if anger is really a problem, then ask an anger professional for their opinion. Ignoring the possibility is a mistake you’ll regret.

Know someone who has anger issues symptoms? Share what signs you see with other readers by leaving a comment below.