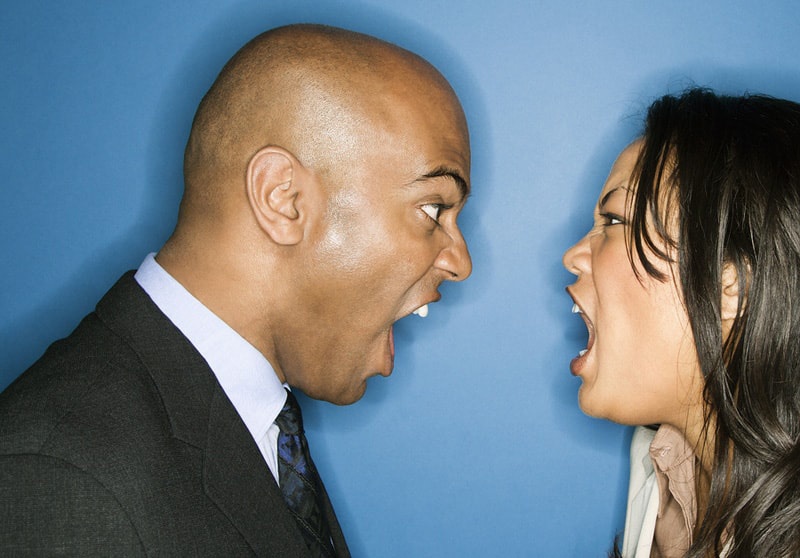 Recognizing anger problems can be really tricky sometimes. We all can bring to mind the picture of the angry man getting red in the face and sneering as he yells at his wife or kids, or the furious wife berating her husband and screaming at her children. But that’s not always what anger problems look like.

It's not uncommon for men to come to Guy Stuff for anger management classes and describe their relationships something like the following. Let's take a look at the lives of Ryan and Crissy to see a couple of other examples of what anger problems can be like for both men and women.

A Couple With Anger Problems

It's the morning after Christmas and Crissy's brother and his family are visiting. Her brother wants to make breakfast for everyone, so he asks Ryan if he can cook pancakes. Ryan tells him he'll have to ask Crissy first. So Ryan goes to their bedroom and asks Crissy if it's okay if her brother makes pancakes. She says "no".

Ryan comes out of the bedroom and tells Crissy's brother she said no, and then starts to cook pancakes in "my kitchen" himself. Crissy hears noise in the kitchen and storms out to find Ryan cooking. Angry that he didn't listen to her, she takes the hot plate and moves it to "my bar” area and takes over the cooking. A fight ensues and Ryan looks like many other men with anger problems.

A few weeks later, Ryan has a couple of friends over to watch a NFL playoff game. As a trade-off with Crissy for having his buddies over, he agreed that they would paint his daughter's room the same afternoon.

While Ryan and his friends had begun the painting, the close game had gotten their attention for most of the afternoon. With the game score tied and 2 minutes left in the 4th quarter, Crissy comes into the family room and turns off the TV while yelling at Ryan to get the painting done before watching anymore football.

Embarrassed in front of his friends, and angry, Ryan explodes back at Crissy. Again, Ryan ends up looking just like all of the other men with anger problems.

Who’s got the anger problems here? Him? Her? Both?

Other Ways Anger Problems Can Manifest

Yelling and screaming, especially when it’s over small things that shouldn’t cause such strong emotions, or when anger seems to be the only way a person communicates, are certainly signs of unmanaged anger. And Ryan and Crissy are a perfect examples of these. There are also other ways, however, that anger problems can show up.

People often deny they feel angry, so they try to bury or repress it. But this simply doesn’t work. Feelings always have a way of getting expressed. Repressing anger can cause it to manifest in some unusual ways and make it difficult to recognize. For example, you know that co-worker who is always sarcastic? Or the friend that thrives on taking shots at other people all in the name of getting a laugh? It’s quite possible that these two also have issues with anger.

Anger problems can make a person aggressive as in the examples with Crissy and Ryan, or they can become more passive in nature being passed off as humor (like above) or personality. Self-destructive behavior like negative self-talk, sabotaging relationships at home or work (Ryan and Crissy again), or gravitating toward dangerous behavior like alcohol abuse, drugs, or even unhealthy eating are also examples of ways that anger problems can show-up.

What Uncontrolled Anger Problems Can Do To You

Uncontrolled anger can have both emotional and physical repercussions. People with anger problems often develop high blood pressure, chronic headaches or other pains, and even eating disorders. Left unchecked these can lead to additional issues with physical health.

From an emotional standpoint it’s common for people with anger problems to also suffer with depression and anxiety. This can be both a precursor or a result of anger issues. A person may feel overwhelmed by their anger and other emotions, and struggle with guilt for feeling the way they do. All of these will only serve to make their anger problems worse and therefore increase the possibility physical problems as well.

Of course, the place anger causes the most problems and damage is in relationships. Ryan came to us for help not just with managing his anger, but also to save his marriage. The examples above of how he and Crissy communicate had become routine and he just didn’t want to come home any more.

It's also not uncommon for both guys and their partners to have anger problems. And the reason for anger problems isn't as always as simple as it looks at first glance. If you're in such a situation, get some anger management classes for both of you.

Editor's Note: This post was originally published March 12, 2012 and has been updated with new information for accuracy and comprehensiveness.