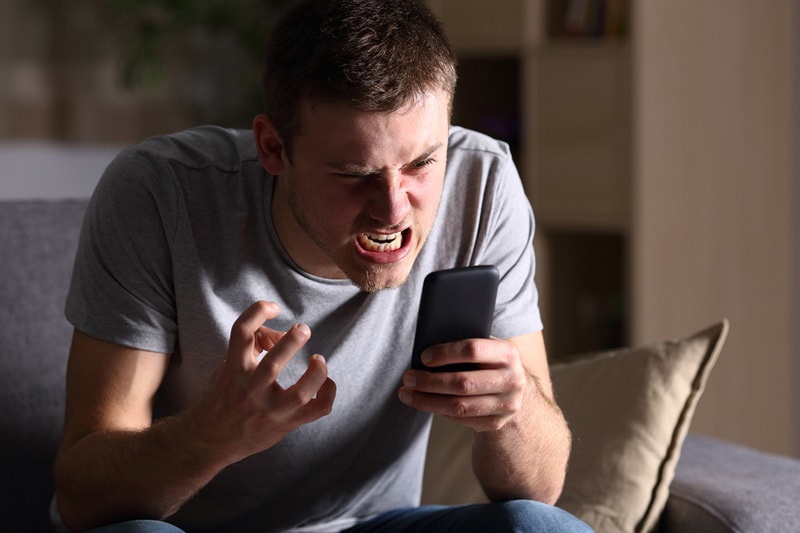 Doesn’t it seem like everyone is angry these days? Like they all should all be enrolled in anger management classes? If it does, you’re not alone. Americans, especially American men, are angrier than ever about, well, nearly everything it seems.

Everything from local and world events, politics, the Coronavirus, and so much more, are creating an unprecedented amount of stress, anxiety, and, yes, anger throughout our population. So, what can we do? Should the angriest people all be taking anger management classes? Probably.

What Anger Is Doing To Us All

A new study has found some common characteristics for angry Americans. Here's some excerpts from the Fox News article, Study Reveals the Angriest Americans:

A national survey of 1,800 Americans aged 18 and older questioned participants on how and when they feel angry in order to build "a broader social portrait of anger in the United States," -Scott Schieman, University of Toronto.

These angry emotions ranged from mild annoyance to yelling and feelings of outrage. Of course, anger is a natural response to many situations. And it can actually be a helpful and productive emotion when channeled the right way like to right a wrong or protect ourselves. But when anger gets out of control and results in abusive or destructive behavior it goes from being productive to being dangerous.

And while anger does need to be controlled, it also needs to have an outlet and means of healthy of expression. It’s actually detrimental if you hold on to it too long. Studies show that those who express their anger might actually live longer than those who keep it bottled in.

For one, people under 30 experienced anger of all forms or intensities more frequently than did older adults. This was mainly due to the fact that young people are more likely to be affected by three core stressors that can trigger angry feelings. In his study Schieman identified the following as the three core stressors:

- Interpersonal conflict at the workplace

Those who were under financial strain tended to report higher levels of anger, a connection that could be particularly important in today's flagging economy, Schieman noted. The financial influence tended to be stronger among women and younger adults.

Having children was also associated with angry feelings and behaviors, such as yelling, particularly in women, the survey found.

At Guy Stuff we work with people struggling with anger on a daily basis. And although men appear to suffer with anger issues more frequently and with more intensity than women, both genders can be afflicted.

With that in mind here are some of my thoughts on these findings based on my own anger management classes for angry men. The time pressures connection is definitely accurate. A guy I'm currently working with has said that one of the triggers for his anger is when his wife is late. What happens for him, and a lot of other men in this situation, is not just the time pressure to be somewhere or meet a commitment, but also not being in control that sets him off.

Financial pressures are also a connection to anger that I see regularly -- although this doesn't mean it’s just men who are struggling financially who have anger management problems. Many financially successful men struggle with anger due to the job pressures that come with their success. Contrary to the research, my experience hasn't shown financial pressures to be a stronger influence on women than men, but actually the opposite.

Interpersonal conflicts are common anger triggers for men, but more so at home, especially with a wife or partner, than at work. The men I've counseled, as a whole, have been better able to manage their anger at work than at home. Children are another common anger trigger for men. A couple of men I've worked with have gotten the angriest dealing with their 4-year-olds.

If you're a man working on anger management, be on the lookout for these anger triggers for men:

If you find that these triggers, or any of the outside stressors that are affecting us all on some level, are causing you to lost control of your anger, it’s time to seek help. Remember, you’re not alone. Many people, especially given the current state of things, are finding their ability to control their anger pushed to the brink. And there is help available to change that if you need it.

What do you think of these triggers?

Editor’s note: This post was originally published January 05, 2010 and has been updated with new information for accuracy and comprehensiveness.