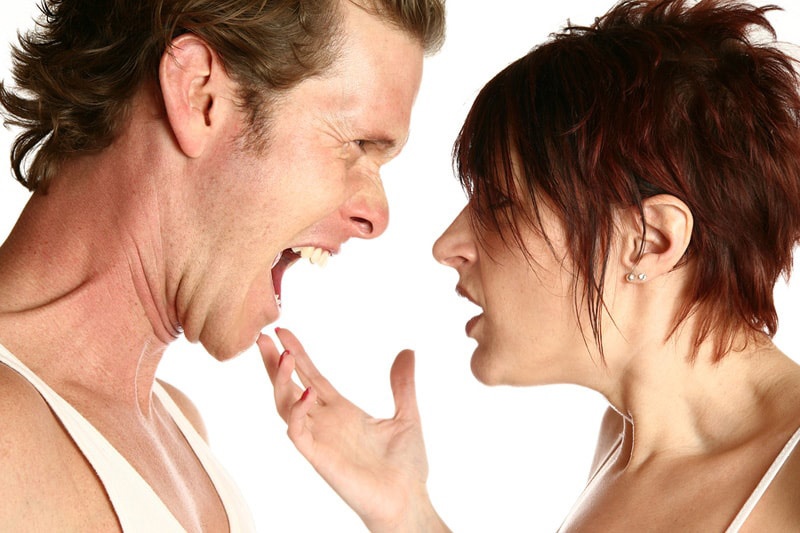 Jason lost his temper a couple of weeks ago and exploded again at Alison. She told him it was the last time and she was leaving. So finally he came to anger management classes to get some help.

Jason told me about how he has struggled with anger his whole life. But he also told another story that sounded familiar too. A relationship catch-22 for a lot of men in anger management.

I explode, and know I shouldn't, but I can't admit having a problem without getting attacked for it. I'm asked to be superman, and when I fail, I get beat up for it. There's no forgiveness." –Jason

Life Can Sometimes Cause Anger

Some men in anger management classes are in relationships that would make even Forrest Gump lose his cool. A number of guys feel like they have no voice in things at home, such as parenting decisions. Others feel taken advantage of -- they're expected to work all day being the bread winner and then when they get home are expected to assume what to them feels like an unfair amount of household and childcare duties.

The daily pressures of life, bills, family obligations, and child-rearing can get the best of many of us. And occasionally those pressures can just feel like too much to handle, resulting in anger at, well, everything. This can be really hard on a relationship. When things have gotten to this stage it’s very likely that the communication between partners has broken down leaving one, or both, feeling constantly attacked and on the defensive.

After a few weeks of coming to classes for his anger, I asked Jason where things were at with Alison leaving. He said he didn't know. Later he told me when he tried to find out, she replied,

You're still doing your anger treatments, aren't you?"

Jason said it makes him really mad that she thinks he's the only one who needs to change anything. He's right -- the truth is that it isn’t just him that needs to change, they both do. The state of their relationship is something they've both contributed to creating.

While Jason’s anger may be over the top and needed to be addressed, Alison needs to recognize that her reactions and expectations may be part of the problem too. Rather than looking at Jason as the enemy it would be better for her to recognize that there’s a problem that they both need to try and fix. Working on the communication in their relationship will be a big part of them resolving their problems and removing a trigger for his anger.

It’s important to understand that anger isn’t a bad emotion. In fact, it’s quite normal and natural to feel occasionally angry. Anger tells us that something is not right and helps us protect ourselves. Yet many of us don't know how to manage it very well and so it becomes destructive in our lives.

When angry feelings go unresolved they can eat away at us and leave little room to feel anything else. Anger can also make normal and healthy communication between partners nearly impossible leading to a seemingly insurmountable divide.

Men like Jason need to learn to manage their anger. However, relationships like Jason's where one partner is seen as the problem and the other with nothing to change is an unhealthy sign in a relationship, and can create anger that is justified.

In order for some men to become less angry they need more to change in their relationship than just their learning anger management skills. They also need their partners to acknowledge that they may need to change some things too.

Anger doesn’t always need to be an emotion that’s wrong or bad. Learning to control it in anger management classes can help men use it to make themselves and their relationships better. What many people don’t realize is that anger can be helpful. That’s a new and different idea, huh?

Some men learn how to change their anger from something destructive to constructive. Using anger to identify problems and as a motivator to change things in your life that need changing turns it into a positive. But in order for it to do those things it has to be managed appropriately. If you find that you have a hard time dealing with your anger it might be time to consider some anger management classes so that you can learn how to channel it in the right way.

Just know that the anger in your life is telling you that some thing's not right. Are you listening?

Editor's Note: This post was originally published Oct 29, 2009. It has been updated for accuracy and comprehensiveness.