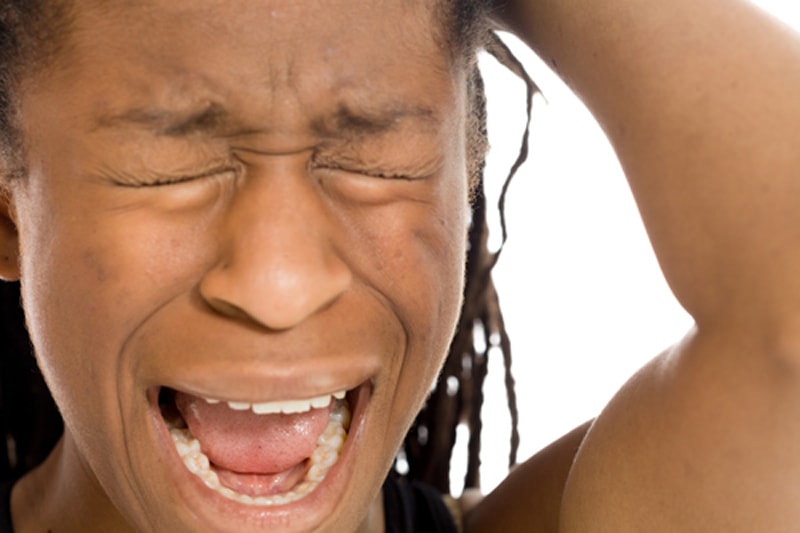 When asked about who suffers with more anger issues, men or women, most would tend to answer men. Is that really true though? There are plenty of women out there who may disagree. In fact, there are many women who often wonder why they are so angry all the time.

The perception that men have more problems with anger has more to do with the social training on how each gender should express their anger than with actually feeling angry. Men are taught to be more directly expressive, whereas women are taught to suppress or redirect their anger into other activities. This doesn’t mean it’s not there, however, it just means it isn’t discussed and dealt with as well as it needs to be.

So it is no surprise that women who deal with anger fail to seek help and allow themselves (and those around them) to suffer far more often than is necessary. This leaves many stuck women asking themselves, “Why am I so angry all the time” and, maybe more importantly, “What can I do about it?”

It may seem like we are going back to kindergarten to learn the basics but we are not. People use the term anger in a variety of ways, many of them misleading.

Anger is an emotion, not a behavior. Nor is it the same thing as hatred. We feel angry at something we perceive as wrong, whether it’s personal or global. You can be angry with something or someone and still love and respect them. Behaving in an angry manner, or spewing hate filled speech, is different than feeling angry.

Whether you are a man or a woman, problems with anger typically go deeper than a surface reaction to an event or circumstance. Anger itself is a normal component of the emotional spectrum. Getting angry because you mistakenly bought regular vs. diet Coke does not mean you have anger problems – unless that incident colors your entire day and you can’t seem to let it go.

If you routinely feel like you might take someone’s head off, can’t let go of angry thoughts and feelings, or lash out at people for the smallest infraction, your anger has gone from normal to problematic.

Why Do Women Feel Angry?

This is a much bigger question than it appears. In fact, volumes are written on feminine anger, especially lately. The recent Me Too movement, discussion around pay scale disparity and the light being shined on traditionally accepted double-standards have given many women breathing room to let their anger be known. And while we can (most of us) collectively agree on why these topics inspire anger, and sympathetically stand together against them, these issues don’t really speak to how and why there are many women who feel angry much of the time during their day-to-day lives.

There are many men who treat their wives, partners, and women in general with the utmost respect, but who will also tell you that they feel an undercurrent of anger emanating toward them from those same women on a regular basis. And just as many women who will tell you they don’t feel abused, disrespected or kept down by the men in their lives, but yet they still feel angry – a lot. So why is this happening?

If you are a woman struggling with anger chances are it isn’t being caused by your disgust over Harvey Weinstein and his ilk. And while it should go without saying that people should be paid based on experience and education and not chromosomes, it is not likely that either. The problems that cause persistent constant angry feelings for women are more personal than that.

For women there are couple of circumstances that routinely influence deeper feelings of anger. One being how we are taught to handle angry feelings when they occur, and the other the variety of expectations we are supposed live up to and the fact that most of us do not. This is a universal occurrence and men, sorry, but you unwittingly (sometimes purposefully) play a role in it.

Girls are taught from a young age that aggressive expression of feeling is unbecoming. We are, in today’s world, encouraged to be smart, aggressive and accomplished and that’s great – so long as we don’t do it in a brash, in-your-face kind of way.

Women are taught to be subtle and handle inequities and anger in indirect manners. This is because a woman who expresses anger is considered unattractive, or hormonal. They are often referred to as “bitch,” “femmi-nazi,” “dike,” or as dealing with “that-time-of-the-month.”

In order to control the perception others may have of them, many women push down what might be a normal angry response and keep quiet. So we are allowed to feel angry, but looked down upon if we show angry behavior or use angry words. The constant suppression of normal reactions prevents them from being handled and gotten over. The build up that occurs will eventually cause resentment, relationship problems and allow the un-dealt with anger to take over.

Then there are the expectations. We can do it all, right? No. No surprise here, we can’t. That doesn’t stop, however, the expectations put on a woman who is balancing all of life’s components. Nor does it stop the judgments. So we feel as though we must keep our figures, have an accomplished career, start a family (or don’t – that’s a whole different story), and take care of them and the home.

We may feel like these expectations are placed upon us, but many of these we actually place upon ourselves. As women we want to do it all and do it all well. When we don’t we can often be our own worst critics. This self-criticism can be a source of anger as well. Dr. Kurt has worked with many women who are struggling with anger. When asked about it he had this to say,

Even more impactful on us than the expectations of society and others, is those we place on ourselves. Wanting to be a 'good wife,' 'good mother' or 'good person' and how we define what that looks like can be a huge factor in making us angry. Our beliefs and self-view are typically unrecognized contributors to our emotions, particularly in women who feel angry a lot."

Okay, so men have similar expectations placed upon them too, but the reality is that the family and care-taking portions are not always balanced. Men are expected to fulfill those roles in a primarily financial manner while women are supposed to play a role in the financial and the primary role in the emotional, physical and practical portions in addition to the rest. And when we fail, because we will (sometimes a little bit and sometimes a lot), we are perceived as not living up to expectations. This creates anger and often resentment. And this is the type that sits deep and grows.

Most husbands and partners will claim they see their wives as their equals and would never classify the women they love as “bitches” or place undue expectations upon them. But guys think hard about that. Is your wife a “nag” (why else would she get so focused on telling you to unload the dishwasher), do you feel like she sometimes hates you, or have you secretly (or not so secretly) thought that the reason she is ticked off that you don’t help with grocery shopping or laundry is because she has PMS?

Pervasive anger in women occurs for a variety reasons. The reasons above just happen to be some of the most common.

What Can Women Do About Anger Issues?

Anger can be a difficult problem to deal with. In women in particular they can build up over a long time, sneaking in while we are too busy paying attention to the many other things in life. Often these anger issues begin to surface around midlife and can bring on, or coincide with, a midlife crisis. This can make dealing with things even trickier.

If you are a woman struggling with anger the first step is to acknowledge it. If you find yourself feeling angry all the time, or more frequently than seems normal, recognize that is not a normal or healthy state and that something needs to change. Start this change by talking to the person or people you love.

While you may feel as though they provoke you, even seeming deliberately so at times, there is a strong possibility that your anger response may be out of proportion to the deed. Talking through things will help them and you understand better what is at the root of the anger. Start conversations when you are calm and not while you are in the grips of anger. As cliché’ as it sounds, using phrases like, “when you do (fill in the blank), it makes me feel (fill in the blank – common things are taken for granted, under-valued, superficial to your life)” can help.

Taking a closer look at your own life, your own choices, and your own behaviors is also worth doing. The only person you control is you. If have chosen to accept things that ultimately create anger within you that is never voiced it will lead to resentment and many other problems.

If this all seems a bit tangled, it is. Sometimes women can work through their issues with the support of a partner and loved ones, but other times the support of a professional and trained counselor is what is needed.

So if you are one of the many women who find that they feel angry all the time, take a beat and consider your whole picture. You don’t have to feel this way – you just have to deal with what is causing the feelings. That is absolutely easier said than done, but the fact is that it can be done and it is worth doing. You and those around you will be happier for it.