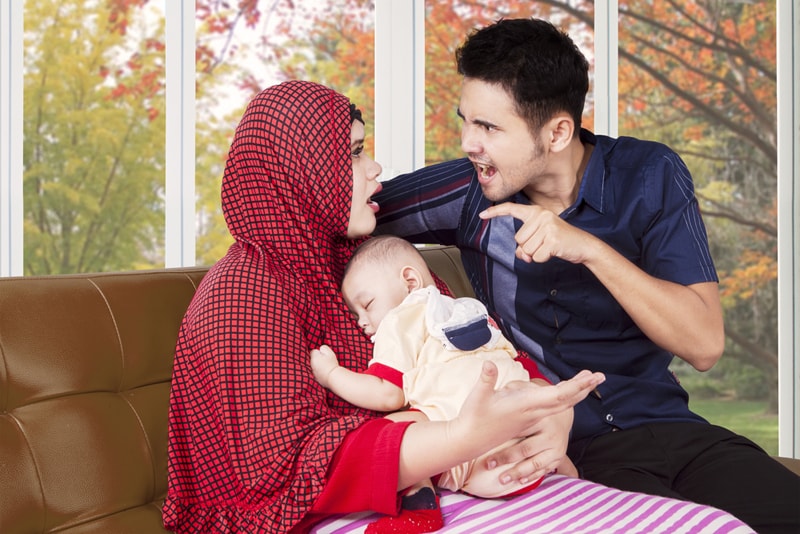 It's really hard to believe that someone who's supposed to love you, and most likely once did, now hates you. But if you've had the thought, “My husband hates me”, you’re keenly aware that feelings can change, and that change can be painful.

A lot of women believe, or fear, their husbands' hate them. A number of these women absolutely know that this is how their husband's feel because they've told them so.

We all can say things we don't really mean in the heat of the moment, but when you repeatedly hear your husband say he hates you, what else can you do but believe he really, truly does.

It's not always that black and white, however. What can make it more challenging, and even more confusing, is when your husband says he hates you but also says he loves you. The conflicting messages can almost be harder than knowing his feelings are true.

My husband and I have been together for 16 years we have just celebrated our 9th wedding anniversary together. I arranged a wedding weekend out of town. The 1st day we got there was nice, the 2nd day. All he did was talk about his ex girlfriend. He goes on to say how much he miss their conversation. He also said that after what she did to him he could never love another like he loved her. He's sad what she did to him also took a part in his heart so he only have 75% to give. He tells me he doesn't love me. He tells me he's not in love with me and worst he tells me he hates me. Still he says I love you and I wanna make my marriage work." -Dipika

Do Husbands Really Hate Their Wives?

Hate is a strong and often over-used word. It gets applied to everything from distasteful food to TV shows. This overuse can mean that people claim to “hate” things (or other people) when instead it’s really a strong, negative emotion that appears in a particular moment in time and then fades.

So, when a husband says he hates his wife, does he really?

Unfortunately, yes, it’s possible. Some husbands do develop feelings over time that are best described as hate for their wives. While hate may seem like too strong of a word in some cases - and perhaps for some a better and more accurate word could be used - hate in these cases is what gets used to describe feelings of disgust, contempt, resentment, or anger.

Because most people hide their true feelings, especially uncomfortable, painful ones, many wives are left to guess at how their husbands' really feel about them. They have to rely on painful clues like unprovoked anger, passive-aggressive behavior, or sarcasm that becomes cruel. At some point, after experiencing these types of treatments, a wife may think, “My husband hates me.”

Thinking it is painful enough – hearing it can be devastating.

It can be extremely shocking to think or hear that your husband hates you. The strength of these negative feelings can also ebb and flow, changing based on the day or circumstances, which can lead to severe emotional turmoil and confusion.

I don't know what to do. I know I don't need this in my life or my kids life. I can't help loving him and hoping for him to be back. I'm lost -- one day he loves me and the next one he hates me." -Chloe

How Does Someone Go From Love To Hate?

Many women find their heads spinning.

“We were once so in love – what happened?”

I’ve heard this question from many wives over time. Generally followed by,

“Am I really that awful?”

What I explain to a woman who asks this is that he likely still loves you, as in he still cares about you. Most husbands will say they still care for their wives and even that they still love them despite what their actions (and words) indicate. After all, you have a lot of history together -- you may be the mother of his kids and most certainly have been through a lot together. But personally, and romantically, he may feel very different.

In other words, he may love you, but not be “in-love” with you. And it’s possible, depending upon the state of the relationship, he may not like you a lot either.

In most instances it takes a long time for the negative feelings to build up to the point of becoming hateful. While it may well seem that these feelings came out of nowhere, they have most likely been stewing, simmering and building for some time. Wives usually know their husband isn't happy or is dissatisfied with them, but hate is a whole other level.

My husband of 12 years recently walked out on our family, because he said he no longer wanted to be in a union with me. He exclaimed that mistakes I have made in the past has left him questioning when will I make the same mistakes again. After 16 years of being involved with one another and 2 beautiful children, how could he just leave? & talk to me with so much hate in his heart? 3 days after he left he filled for a divorce, should I just give up hope? Because he told me today that he is happy now that he is no longer with me. How can I begin to move on, when he walked out after we were supposed to be working on our marriage? Should I just give up?" - Kim

Why Do Husbands Hate Their Wives?

There are a number of reasons why husbands come to hate their wives. Some of these are actually fully within the wives' control, while others are not.

Husbands bear a lot of responsibility as well. As individuals we’re all responsible for our own feelings and what we do about them.

Both partners have a part in the state of the relationship and any issues that have developed. The blame for pain, disconnect, and any other problems are never the responsibility of only one partner.

These issues can generally be tied to one of the following:

The truth is that he may hate parts of you. Things like:


He may even feel like the sexual attraction is gone and question whether you two can actually live, 'happily ever after.' But it’s likely that he doesn't really hate all of you.

Here are some of the common things men tell me in counseling that they hate about their wives:

In this next story we don't know the reasons for the husband's choices, but we do know the impact on his wife and what she thinks about how he feels:

When I first met my husband I was madly in love and everything and everyone disappeared in the background all I wanted was him and my children. My life became him. I was completed with him in my life. The only thing was he was already married and he forgot to tell me. I was on a bumpy ride for awhile until he figured out what he wanted. Now he is 26 years older than me, but that never bothered me say to the list. We got married after 5 years and we have two little girls. Now I feel like I am going out of my mind. After 18 years, I think I made a big mistake of falling in love with a man who never loved me. The 1st 16 years were pretty good with some jealousy on his end. I never got jealous because I trusted him fully because he chose me and I have his girls. It's the last two years since I found out he has been cheating on me for years. He has deleted everything I find against him and lie to my face. I've seen his online dating and his porn addiction for men with men. I think he is bi-sexual and not gay because he likes women a lot. Or he just has addiction to sex and he needs more than me to make him happy. I know it's all my fault for not being good enough for him. But I just do not understand why he can not tell me the truth, he knows that I know but he wants to keep lying to me. Maybe he is afraid to let everyone know he cheated on now his 3rd wife or he is afraid I would tell the world he is gay. I promised I would keep his secret and I would stand behind him 100% if only he can tell me the truth and tell me why he hates me so much to do this to our family, but he still lies to me and tells me it's all in my head and I am losing it." -Meaghan

How Can You Get Your Husband To Stop Hating You?

You can't change how someone feels, but you can influence their feelings. Getting your husband to stop hating you is a little trickier though as you need to know more about why he feels that way.

The good news is, in most cases, there’s hope. It takes time and work though, and much of the initial effort may need to be yours.

Feelings are never permanent. They come and go and change as we change. If you're thinking my husband hates me it doesn't have to mean that it's the end of your marriage. It does mean, however, that neither of you should be ignoring how you feel any longer.

Are you thinking my husband hates me too? Please share your story with others by leaving a comment below.

Editor's Note: This post was originally published August 08, 2018 and has been updated with new information for accuracy and comprehensiveness.