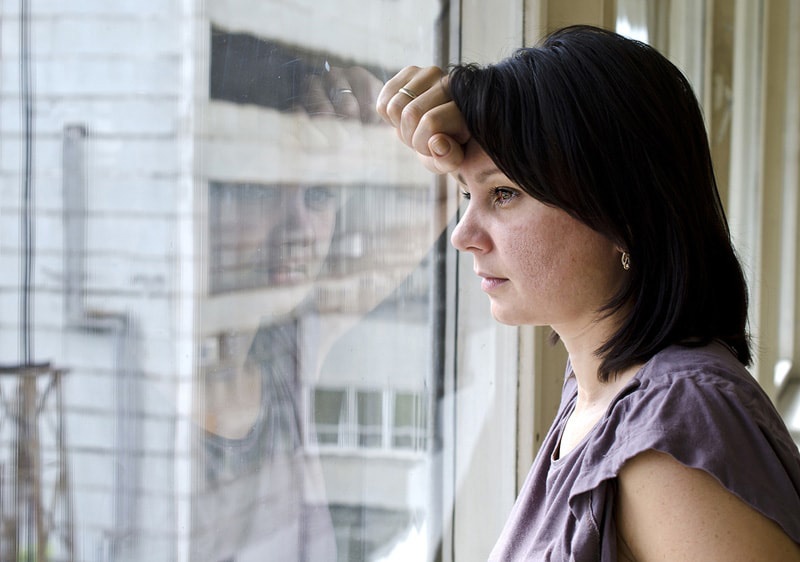 Most advice on how to make him want you is going to focus on your appearance and sexuality. Lose weight, get a breast enlargement or false eye lashes, be willing to have more sex. But the reason, or more likely reasons, he doesn't want you are usually much more complicated.

Unfortunately, many people make the mistake of using sex as a way to measure the status of their relationship. When their partner loses interest in sex they take that to mean they've lost interest in them. As a result, it's easy to think that how you make him want you is all about how you look.

We have been together for about 6 years and I feel he is not sexually attracted to me anymore. I have given birth to 4 children so I know my body doesn't look like it used to but I have gained about 25 pounds and I now weight 150 so I know I'm pretty big. We had a baby about 6 months ago and have had sex once. He tells me that married couples don't have sex very much but I think that's his excuse because he isn't attracted to me. I have caught him so many times looking at pretty girls and then when I see him do it and say something he pretends he didn't even see her walk past so now I don't even say anything but it makes me feel like I'm not good enough for him. It's got as bad as me changing in the bathroom with the door closed so he can't see me." -Brittany

While wanting him to want you can easily be understood as wanting you sexually, there's a lot more to it than that. It might surprise some men, but most women (as Brittany shows) do actually want to have sex (just not always as frequently).

But being wanted is comprised of much more than just sex. Wanting to be wanted describes:

A woman I counseled last week is beyond frustrated that her husband will hug his sister, but not her. He spends the weekends helping his parents, but when he's home doesn't help her with anything, even with the kids. He texts and talks to friends and family daily, but not her.

When your partner prioritizes everyone and everything else above you it leaves you wondering what you have to do to make him:

Often the feeling of not being wanted starts far before any opportunity for sex arises. As a couple there should be an intrinsic desire to work together on building your lives. This includes repetitive day-to-day tasks, like caring for the kids and household chores.

The fallout from this breakdown in partnership is that you each begin to grow apart from one another. The emotional distance created directly impacts the physical desire for each other. Pretty soon there’s no intimacy, no real desire, and you’re left wondering what you can do to make him want you again. He may even wonder what he can do to make you want him.

Before you can answer the question of 'how' to make him want you, you've got to first answer of 'why' doesn't he want you. Here are a few places to start to think about that men tell me are reasons why they lose interest in their partner:

Sometimes one or several of these things can be a ticking time bomb in a man that finally goes off. Typically, it's a combination of several of the above factors.

Here's another woman who feels her guy doesn't want her because he has no interest in sex:

His interest in sex has just kept decreasing...and when we do have sex it is no foreplay or his interest literally dies...I have tried lingerie, hints, waking him up to sexual favors and even straight out saying "I want you now!"...Sometimes I will get a "let me take some insulin and gimme an hour" or "I'm too busy" I am lucky if I get it 3 times a month! Now this is hard on me because I am very sexual (only 25) and I feel he should be (only 29!!) yet foreplay is gone, I can not remember my last orgasm...and when I do get sex it is him pounding away for 1-15 minutes and then I am left wanting more and all he wants to do is return to the PC..." -Evette

What's The 'How' To Making Him Want You?

The 'how' to make him want you is dependent upon the 'what' of what is turning him off. It will probably take some time to figure this completely out, but most likely you already have some ideas. So, here's where to start:

The answer to how to make him want you looks different for each relationship. However, I've discussed some of the most common factors and I hope they help you discover what's gone wrong in your relationship.

Please leave a comment below and share with us what your relationship looks like if you’re in the same boat of wanting to make him want you.

Editor's Note: This post was originally published Jan 13, 2017 and has been updated with new information for accuracy and comprehensiveness.