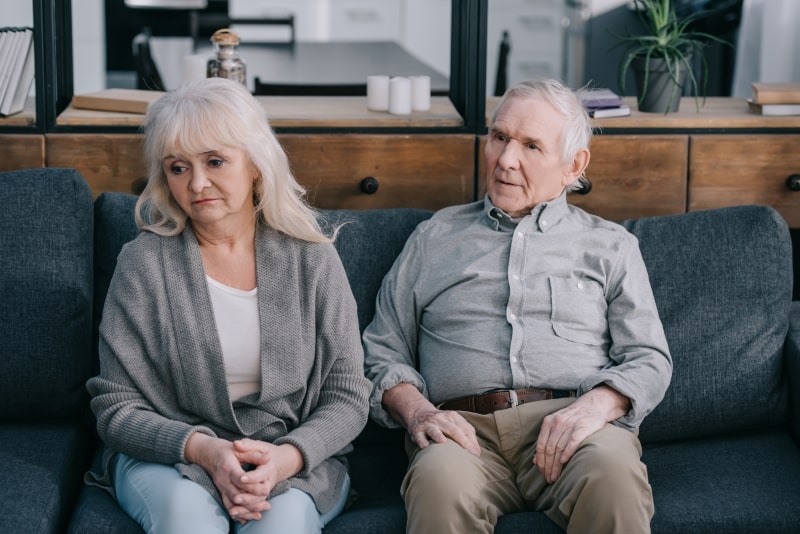 Finding the love of your life is something we all hope to do. The prospect of that one true love, that individual who understands you, loves you, and with whom you can plan a life with is both exciting and comforting.

Many people do find a partner like this and, with the effort and work that it takes, are able to create a happy life together. For some, however, that partnership never feels quite right. Yet, they tell themselves they are in love and this how things are supposed to be. But if you are in that situation are you really in love, or are you just afraid of being alone?

Loneliness is a devastating feeling and feeling lonely is a leading cause of depression in many men and women. Many people are scared to be alone for a variety of reasons. Often it’s because they don’t want to feel lonely, but there are other reasons as well.

Unfortunately, that leaves many confusing the feeling of being in love with the fear of being alone. And although satisfying relationships can take many forms, trying to make a relationship something it isn’t can lead to many problems and unhappiness for both partners.

Love, Loneliness, And The Fear of Being Alone

There are many people who fear being alone and will go to great lengths to avoid it. It’s not surprising, and the inclination is perfectly understandable. As human beings we crave the connection to other people and meaningful relationships. Those relationships make us feel valued, important and part of something. Without them we can feel isolated and as though we are unworthy of the relationships we see others enjoying.

Many people see love as the ultimate cure for this loneliness. They romanticize the prospect of the perfect soul mate coming into their lives and bringing life-changing love and happiness. Because of that too many of us get swept up into relationships that aren’t really a good fit and then, once in them, stay, not because of real love but because we are afraid.

Dr. Kurt works with people struggling in difficult relationships quite often. Although many couples are able to work through their problems, he occasionally sees those that are trying to hold onto something that isn’t healthy or isn’t working. He had this to say regarding those people,

I have people tell me all the time that they're afraid of being alone, but they can have a variety of reasons why. Some just want companionship, such as having someone to come home to or talk to at the end of the day. Sex is important to most people, so sometimes not wanting to be alone is about being able to have sex regularly. Daily life is easier when it's shared with someone else - caring for kids, doing laundry, paying daily living expenses, etc. are all harder when they fall on just you. Not having to sit alone in a restaurant or being the third wheel in group settings are situations a lot of people want to avoid. Unfortunately, these people place a higher priority on these things than they do their happiness and settle for a relationship that is less than what they truly want and deserve. One of the biggest mistakes we all can make is to let fear control us."

This fear of being alone and the desire for companionship means that many will immediately mistake the infatuation and lust that are common at the start of a relationship with love and try to force things into becoming something they’re not.

The start of any new relationship is typically exciting – you are getting to know each other, the physical chemistry is likely strong, and the future seems to have unlimited potential. This certainly can be the case in certain circumstances, but in equally as many the match really isn’t a good one. The smart thing to do in this case is to admit that and move on.

But for some the prospect of being alone is too frightening and they press on, often finding themselves in a difficult relationship or potentially married to the wrong person.

What Kind Of Relationship Do You Have?

Because the beginning of a relationship can be so exciting it can be easy to get swept up in the emotions and find yourself committed to a relationship that isn’t everything you were hoping for. If you are feeling dissatisfied with your relationship you need to take time to evaluate why. Does your relationship have a strong foundation but you’ve grown apart, and you and your partner just need to spend more time focusing on each other?

Or is it possible that you weren’t honest with yourself at the beginning and were trying to use love to avoid being lonely, or as a crutch for other aspects of life like regular sex or help with bills, and are now dealing with the repercussions?

If you are wondering if you are in love or just scared of being alone ask yourself the following questions.

If any of these things sound familiar you may have put yourself in the position of forcing a square peg into a round hole and be more focused on avoiding loneliness than creating a strong, loving relationship.

Being In A Relationship Saves Me From Being Alone

Some people think, “I’m in a relationship and that’s better than being alone, right?” Wrong.

A relationship isn’t automatically the cure for loneliness or the remedy for other problems in life. Many people in the wrong relationship can actually end up feeling intensely alone which can be even worse than being alone and on your own.

Relationships that are based on just filling a void or being scared of being alone, instead of a strong foundation of love and respect are destined to have problems. They are far more prone to infidelity, constant arguing and general dissatisfaction. Despite what some may think, it’s not really better to have something rather than nothing when it comes to relationships. Sometimes being alone is the better choice.

People also often confuse being lonely with being alone. This confusion can lead many to stay in relationships that are unhappy or even abusive, feeling like they would rather have someone than live by themselves. Some people even determine that they can’t leave – being alone is just too hard, and it’s too scary to be alone. The truth is that being alone can be healthier than being in the wrong relationship. And being alone doesn’t have to mean being lonely.

If you are scared of being alone for whatever the reason, being in a relationship and trying to convince yourself that you are in love isn’t the answer. And pinning your happiness on the idea that you need to be in love and in a relationship is a mistake.

Being happy has much more to do with your satisfaction with yourself. People who swing from relationship to relationship in order to avoid being alone never get a chance to know themselves and what really makes them happy.

Before you succumb to your fear of being alone and jump into a relationship thinking that love will save you, stop and think about what you really want. Love and relationships don’t solve loneliness. If anything, the wrong relationship can actually make loneliness worse.

If you are already in a relationship and feeling dissatisfied and unhappy, stop and ask yourself – am I really in love with this person, or am I just afraid of being alone. The answer to that will help let you determine what you should do next.