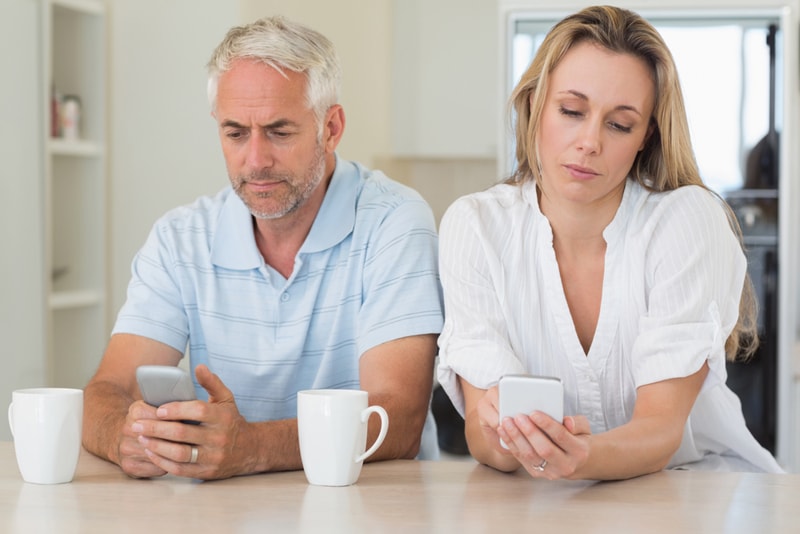 Anyone remember that Barbara Streisand/Neil Diamond song, You Don’t Bring Me Flowers? It’s a song dedicated to the loss of romance in a relationship.

How long do you think the couple they were singing about had been married? With no romance left in the relationship, probably at least several years.

Marriages go through many ups and downs as the years go by, but there is one common complaint that seems to surface in nearly every marriage at some point – lack of romance.

If you’ve ever thought, “There is no romance in my marriage,” you aren’t alone.

Having no romance in your marriage isn’t the same as not being in love anymore, or equivalent to disliking your spouse. You may even still have an active sex life – just with no romance.

So why is it important? Do we really need romance in our relationships?

The quick answer is, yes, but there’s more to it than just sappy love songs and candlelight dinners.

It seems like a simple question with a simple answer, right?

Most of us can provide examples of what romance looks like to us, but that really doesn’t define what romance is.

Romance, simply put, is the collection of behaviors that come from a state of mind associated with the excitement and mystery of loving someone and wanting them to love you in return.

This is why it’s normally associated with the beginning of a relationship. We are working to ensure the person we love loves us back.

These behaviors usually center around making the person we love feel special.

These or any other special efforts are usually seen as romantic.

Romance doesn’t have to be all about grand gestures though. There are a number of simple things that can be seen as romantic as well.

Even just smiling at your partner and showing interest in them can be interpreted as romantic, especially as a relationship matures.

Why Do We Need Romance In Our Relationships?

A common complaint amongst married couples, or any couple that has been together for a long time, is that there is no longer any romance in their relationship.

If you look beyond that you’ll see that what they’re really saying is they don’t feel,

Because of this many equate lack of romance in their marriage with the love being gone, but these two things don’t have to go hand-in-hand.

If your husband isn’t romantic anymore it doesn’t mean he no longer loves you.

Dr. Kurt hears a lot about the desire for more romance during couples counseling. When asked, he offered this insight:

While it's easy to assume that it's women who want romance in the relationship and not men, this isn't always true. A couple of guys yesterday told me they appreciated several simple efforts recently made by their wives. A couple of loving and 'suggestive' texts for one of them and the other had his wife reach out and hold his hand while they walked to the movies - he couldn't remember the last time that happened. For both men, as it is for many others and women too, simple, loving gestures like these are extremely important and strengthen the love connection they have with their partner. Romantic gestures don't have to be complicated or cost anything, they just have to be intentional and genuine."

Romance isn’t the sole expression of love either. There are a number of ways people show love for each other as well.

Many of these things are fairly mundane, however, and don’t convey desire and excitement the way romantic efforts do.

Once a relationship is established many of those extra romantic behaviors that made your partner feel unique and special in your eyes go by the wayside due to the practicalities of life.

Let’s face it, paying the mortgage and changing diapers are decidedly unromantic things to do, but they are necessary and can be expressions of love.

The problem with letting romance and passion fade away is that as they fade so does the excitement and loving behaviors that create the desire to be together.

Falling in love and romantic actions are deeply connected. So, when the romantic behavior stops all together, or for years on end, it feels like you've gone backwards and fallen out of love.

Just because you’ve been together for years and established a life together doesn’t mean that you can stop putting forth the effort that you did in the beginning. Doing so will leave you both feeling unfulfilled and like there is something missing.

And too often when we feel unfulfilled or like we’re missing something, we try to find it elsewhere.

This can often be why cheating happens – it’s one partner looking for a way to feel special to someone through romantic behavior the way they did at the beginning of their marriage.

So, is it a problem when there isn’t romance in a marriage? Yes.

Romantic behavior serves several purposes. The primary three are below.

Can You Have A Happy Marriage Without Romance?

That depends upon your definition of happy. Generally speaking, no, a marriage that is completely devoid of romantic behaviors isn’t a very happy one.

This is because the absence of romance in a marriage can lead to some or all of the following consequences.

A husband may want his wife to be more passionate and romantic, but no longer know how to tell her that.

By the same token a wife may want to be romanced and pursued but feel awkward expressing that to her husband after so many years together.

Before long your relationship is in the roommate zone.

Romance encourages a bonded feeling between two people. When romance in the relationship is nonexistent walls can grow and create barriers to closeness.

Those walls may grow slowly at first, but once they’re there they can be hard to break down. Before you know it the intimacy you once felt has disappeared.

Making your spouse or partner feel special and showing your love will help break down the barriers between the two of you and encourage closeness.

Without making an effort to insert a little romance, making time for each other can feel like a chore. It may even leave your relationship in a position where you deal only with the daily issues or just talk about the kids and the household to-do lists.

These things won’t bring you closer. In fact, they are likely to increase the distance between you. You need something other than discussing bills, kid’s schedules, and whether to paint the bedroom to look forward to when spending time with your spouse.

Romance can help with this.

I listened to a friend of mine when she was on the phone with her husband and when they hung up she said, “I love you.” I remarked on how sweet that was – my husband and I often forget to do that because we are in a hurry. She looked at me and said,

Oh, that’s just something we say. I don’t even think about it anymore. I think that’s the only time we ever even say that.”

Clearly the loving feelings she and her husband once felt when saying those words had faded.

Without romance in your relationship, it’s easy to lose interest in spending time with your partner and start to feel dissatisfied with your marriage. The unmet desire for those romantic feelings can make the distance between you grow and leave you feeling like the marriage isn’t what you want any more.

What Should I Do If There Is No Romance In My Marriage?

The short answer is to create some.

The seemingly instinctual efforts you or your partner made at romance when you first met will now require some planning.

We get so used to one another that it’s hard to feel spontaneous and romantic sometimes. But now is when those efforts can mean even more.

Creating romance in your relationship when it has been gone for a while will mean that you have to put thought into it and carve time out of a busy schedule.

This can do a great deal to improve the relationship because it’s deliberate and purposeful. It can also be more meaningful and somewhat easier than it was in the beginning.

At this point you’re far more likely to know what your spouse will appreciate and what makes them feel special. If they hate chocolate but love back rubs you grab the massage oil and not the Ghirardelli.

In fact, the feelings of love and caring that are demonstrated by these efforts can be much more intense than when you were dating. They now show not only that you love them, but also that you know them and have been paying attention.

This is a complaint often made by wives about their husbands and it can come in a few variations.

If these statements sound familiar then you need to stop and think before you become overly critical.

There are a couple of things that should be considered:

Again, this doesn’t mean he doesn’t love you - he just needs to be shown,

Some men are uncomfortable with the idea of ‘romance.’ They associate it with silly gestures or unmanly behavior.

Or it simply makes them feel vulnerable and open to rejection.

A gentle but direct conversation that,

can put him at ease and lessen his feelings of discomfort.

When it comes to romance in your marriage there are a few important things to remember:

So next time you look at your spouse and think, “There is no romance in my marriage,” don’t just move on to the next thing.

Editor's Note: This post was originally published November 21, 2018 and updated with new information for accuracy and comprehensiveness.

I Hate My Wife, I Hate My Life, And I Don’t Know What To Do

7 Signs Your Spouse Is Becoming Emotionally Detached From You