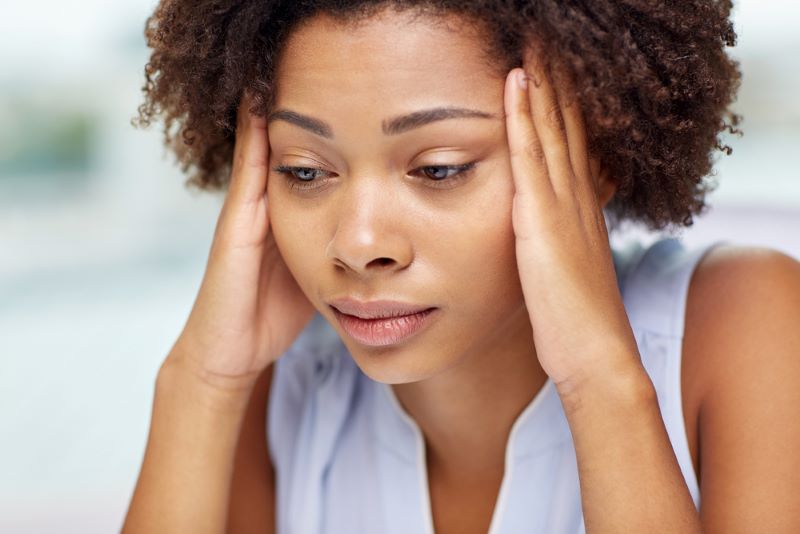 Why would a wife ever think – “My husband doesn’t like me”? That’s the opposite of what marriage is supposed to be, which we all know is not only “I like you,” but “I love you.”

Anyone who’s been married has had moments where they haven’t been happy with, angry at, felt unloved by, or possibly even disliked their partner. That’s to be expected and normal.

However, for some spouses those moments turn into a constant state of this feeling. Leading ultimately to believing, not just feeling, this is true. And often the actions or words from their partner only reinforce this belief.

So, how does a wife go from feeling my husband doesn’t like me to believing it? Keep reading and I’ll show you how with several real-life examples. Maybe it’s even happened to you.

Most often when a wife comes to actually believe her husband doesn’t like her it’s because she’s been told exactly that - “I don’t like you.”

My husband and I have been together for 16 years we have just celebrated our 9th wedding anniversary together. I arranged a wedding weekend out of town. The 1st day we got there was nice, the 2nd day all he did was talk about his ex girlfriend. He goes on to say how much he misses their conversation. He also said that after what she did to him he could never love another like he loved her. His said what she did to him also took a part in his heart, so he only has 75% to give. He tells me he doesn't love me. He tells me he’s not in love with me and worst he tells me he doesn’t even like me. Still. I love him and I wanna make my marriage work.” -Cilari

Not liking someone isn’t always communicated in words, sometimes it’s expressed in actions, or non-actions. If a husband never says “I love you,” isn’t very caring towards his wife, or is outright mean to her, understandably she may start to feel her husband doesn’t like her.

Telling your partner you don’t like them on any kind of repetitive basis is a form of verbal abuse. It can also become mental abuse, such as when it gets generalized into some form of “no one likes you” (See the next real-life quote below for an example).

Not liking things is normal. We all have things we don’t like – broccoli, getting up in the morning, exercising – but not liking the person we’re supposed to love?

A husband who dislikes his wife is likely to be moody, irritable and even angry at times. He could be depressed, and not just about his marital situation. It’s a fact that the persons closest to us usually get the truest of our feelings – good and bad. So, if a husband is unhappy, for whatever reason, most likely his wife is going to feel it the most.

Unfortunately and sadly, being told “I don’t like you” is one of the ways these negative feelings come out.

Here is the issue - he gets angry, cannot calm down, anger lingers over 20 min, sometimes carrying over to the next day. He shuts down, refuses to talk and problem solve, just name calling and saying he doesn’t like me. He is often on edge and argumentative - difficulty seeing things other than his perspective and solutions to the point of anger outbursts, name calling/putdowns, and later too ashamed to apologize, saying I/others made him angry and he has a right to get angry and yell and scream if someone makes him angry.” -Kate

Most often “I don’t like you” is said in moments of anger, such as when a couple is fighting. It’s intended to hurt the other partner. And often is more about the feeling in the moment rather than how they feel all the time.

At times it can be similar a child saying to their parent in response to something they don’t like, “I hate you!”

Your husband saying he does not like you can also be about exercising power over you. A statement like this can be a form of gaslighting. Its intent is always to hurt and make you feel the level of hurt they feel, but at times it could also be used to manipulate and control.

My husband brings up everything he says is wrong with me any time I question his words or actions and request that he treat me decently. He has told me in the past three days that I should make it look like an accident if I kill myself, that if I don't shut up he will knock me out, that I shouldn't have wasted time eating lunch while working from home, that my family and everyone else doesn’t like me, that he will divorce me and take our three kids if I do leave, that he will divorce me as soon as our youngest is 18, and that he doesn’t like me. He has agreed when I asked if, indeed, that was what he meant, that I am worthless and should kill myself. Do I have to divorce him? What if he tries to take our children? I keep crying and telling him I love him and I don't want to fight and I'm trying my best, but he shouts in my face that no one likes me and to leave him alone. I'm crushed and want to be a good mother and wife and person. I'm so sad. I want to work it out if I can. Can I make this work? I can't tell anyone.” -Jo

Jo’s husband is being verbally and mentally abusive. Does he truly not like anything about her? He says it and sure acts like it. In situations like this it’s hard to know for sure. Her husband has some deeper psychological issues that need to be resolved first before even he will truthfully know how he really feels about her.

Do They Really Mean It?

Frequently statements like “I don’t like you”, similar ones such as “I never loved you,” or if your husband even says he hates you, are forms of hyperbole. These are exaggerated statements used to evoke strong feelings and impressions in response, but not meant to be taken literally. That’s easier said than done if you’re on the receiving end (like Cilari, Kate and Jo), especially if it’s being screamed at you 6 inches from your face.

Statements of not liking someone can also sometimes be a form of projection, which is a psychological defense response intended to protect a person from uncomfortable thoughts and feelings, often about one’s self, by attributing them to someone else. In other words, your husband may actually not like himself or fear you don’t like or love him. Confused yet?

Don’t we all try to avoid people and things we don’t like? So, if your husband doesn’t like you wouldn’t he leave? I know leaving a marriage is a difficult decision and complicated process, but if he really truly does not like you to the extent he claims, wouldn’t he do something about it? Just think give this some thought.

I don’t know what to do. I know I don’t need this in my life or my kids life. I can’t help loving him and hoping for him to be back. I’m lost. One day he loves me and the next one he doesn’t like me at all.” -Jennifer

Jennifer’s husband illustrates the confusion (for both partners) that usually underlies statements about not liking your spouse.

How To Get Your Husband To Like You Again

Since you don’t have control over what your husband thinks, feels or says you can’t actually make it stop. What you can control is exposing yourself to it.

If you’re told “I don’t like you” by your husband on any kind of repetitive basis then you’re in an abusive relationship. Not only is the love inconsistent or possibly gone, but the relationship has become the opposite of love. This truth is something you need to force yourself to accept. This doesn’t mean it has to stay this way forever, but it is the reality right now.

Accepting this truth, despite what you want to believe, is one of the toughest hurdles to overcome in getting I don’t like you statements to stop. Ironically, the person being told this can actually be part of the problem.

Complicating these tendencies even more is the fact that abusive relationships are often like being on a rollercoaster, with the person shifting from “I don’t like you” in words and actions to actually being somewhat caring at times, possibly even saying “I love you” once in a while (see Jennifer’s quote above).

So, which is it??? Probably both, but even so this doesn’t change the deep hurt and damage caused when we say we don’t like our partner.

There are further strategies you can use to lessen it happening, such as setting boundaries or avoiding certain situations when it’s likely the statement or behavior will occur, such as when your husband is drinking too much.

If you’re thinking “my husband doesn’t like me” that’s a pretty painful and depressing place to be. So much so that it can sap the energy out of you to do anything to change it. If that’s you, talk to someone – a family member, friend, or counselor. It can be embarrassing and shameful to admit, but stopping abusive behavior requires breaking the silence and doing something about it.

Has your husband told you he doesn’t like you? Share the ways he’s done that and other readers will probably respond