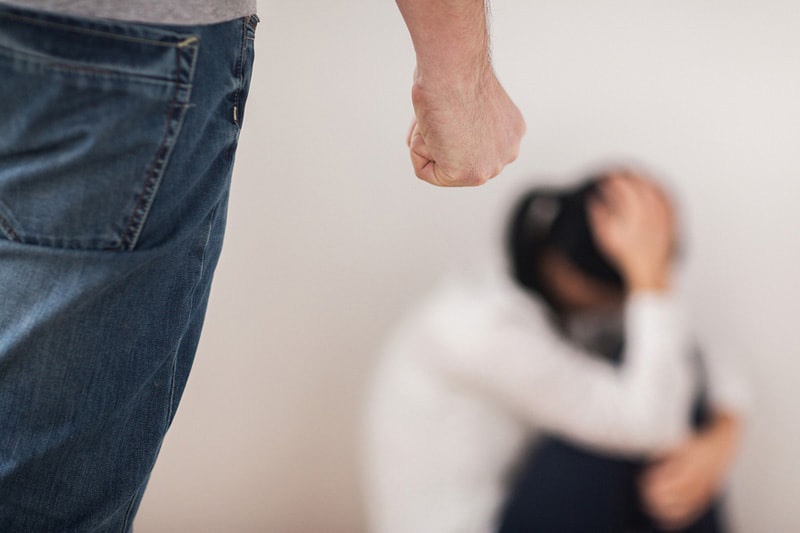 One of the most frequent things partners of abusers say is, “I love you, but..." This is a common theme in abusive relationship stories.

Partners in abusive relationships regularly use the "I love him, but..." reasoning. And it’s not just women who look for ways to justify staying. Just as often I hear men say, "I love her, but..."

However, stating our love isn't supposed to be followed by a "but.” Using "but" in a statement contrasts or negates what it follows. Is that really the way we should express our love for someone? No. Of course not.

We all have things we wish were different about our partners, and there's nothing wrong with that. These are typically things like, "I wish he/she would..."

We all can say I wish something was different about our partner. Yet in the stories of abusive relationships these "I love him, but..." statements aren't simple personal preferences like the examples above.

Here's post I wrote on social media describing what "I love you's" usually look like in relationships with abuse. 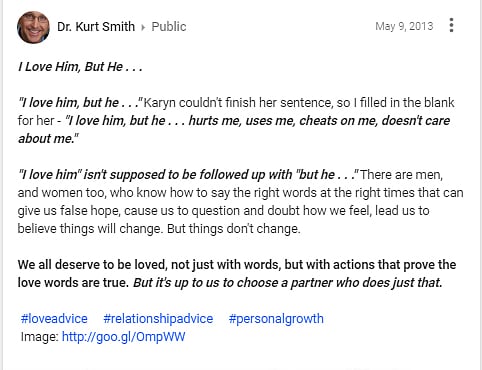 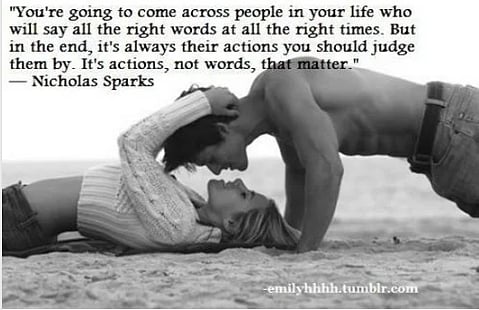 A lot of the stories of relationships with abuse, like Karyn's above, don't have a short list of things that follow the statement of love, but aren't truly loving. Sadly, she is far from alone when she says, "I love him, but he . . . hurts me, uses me, cheats on me, doesn't care about me."

Liz has a little different abusive relationship story than Karyn. Her husband looks great from the outside. He's a good financial provider and has never cheated on her. From all outward appearances he looks like a great husband, but inside the family he's a different man.

She is a victim of verbal emotional abuse because he critiques, criticizes, and demeans almost everything she does.

When we hear relationship stories sometimes the abuse is very obvious -- the guy who hits his wife or the woman who berates her boyfriend in public. And sometime the abuse is harder to spot -- it's hidden in sarcastic humor or underlies subtle criticisms.

Why People Stay In Abusive Relationships

Being in an abusive relationship is like trying find your way out of the forest with no compass. Occasionally you feel like you’re headed the right way, then you realize you’re lost again.

Most abusive relationships start off like any other relationship. Two people fall in love, become connected, and make a commitment to one another. By the time someone realizes their partner is abusing them there are so many intertwined pieces of their lives that breaking away is immensely difficult. Not to mention they probably still feel love for their partner.

Many abusive partners are also master manipulators. They may gaslight and emotionally abuse to the point their partner thinks they deserve the treatment, caused the response themselves, or can’t survive without them. All of which make leaving a daunting task, assuming leaving is something they want to do.

Not all partners in abusive relationships are looking for a way out either. Many just want to find a way to have a happier connection with the person they still love. That, however, can often be tough to do without the assistance of couples counseling.

The Rational Behind Staying

Regardless of how obvious the abuse is, abused partners have to make right in their head what is really wrong. Telling themselves "I love you, but..." is one way to do that.

Two mind games we play on ourselves to make sense of being and staying in an abusive relationship are rationalizing and justifying. Let's look at the definition of each:

So how do abused partners stay in abusive relationships?

They rationalize it -- making sense of something that doesn't make sense. After all, how else do you explain loving someone who doesn't treat you lovingly? Nobody loves to be unloved.

They also justify it -- making right what is really wrong. "I love you, but..." is a way to rationalize and justify being with someone who doesn't love us the way we need or deserve.

When you hear relationship stories be sure to listen for the signs of abuse. The signs typically start with a rationalizing statement like, "I love him, but..." And if you say this yourself, you may be in an abusive relationship too.

Editor's Note: This post was originally published Jan 24, 2015 and has been updated with new information for accuracy and comprehensiveness.