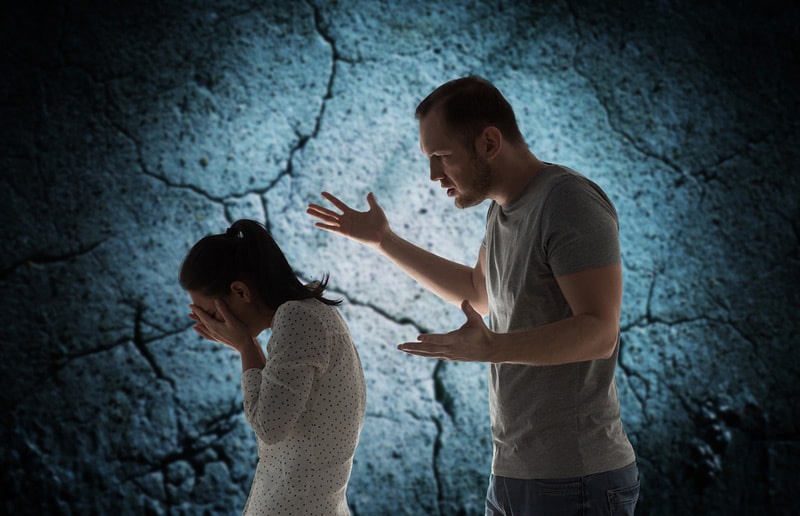 One of the most difficult things about relationship abuse is that a lot of the times it doesn't look like abuse at all. Even the victims of abuse can have a hard time recognizing what’s going on or that something’s actually wrong. A result of it going unrecognized is that the victim often looks like the person with the problem rather than the abuser.

Everyone believes they can recognize relationship abuse. One of the stereotypical signs of an abusive relationship is a man hitting a woman, like former-NFL football player, Ray Rice, punching and knocking out his then fiancee, Janay, in an elevator. But the domestic violence form of relationship abuse is actually the minority form, it just happens to be the one that gets all of the publicity and is the easiest to recognize as being wrong.

The more subtle and harder to spot kinds of abuse are verbal, emotional, and mental, which are the most common forms of relationship abuse. Often these don't look like abuse at all, because they can look reasonable for the circumstances. After all, we all get mad at our partners occasionally, so the husband who makes a snide or sarcastic comment, or the wife who screams insults at her husband out of anger, doesn’t always seem problematic to those watching – or even the abused.

Yet the non-physical forms of abuse in a relationship can cause a great deal of harm and damage. And because the abuse often goes unnoticed for so long, the victim can start to believe it’s a normal part of the relationship, or that they deserve it. Over time victims can suffer anxiety, depression and a debilitating loss of self-esteem and self-confidence. These effects can have the additional consequence of making the victim feel dependent upon their abuser and therefore unable to do anything about it.

Take a look at what I wrote about understanding abuse in relationships in a social media post below. 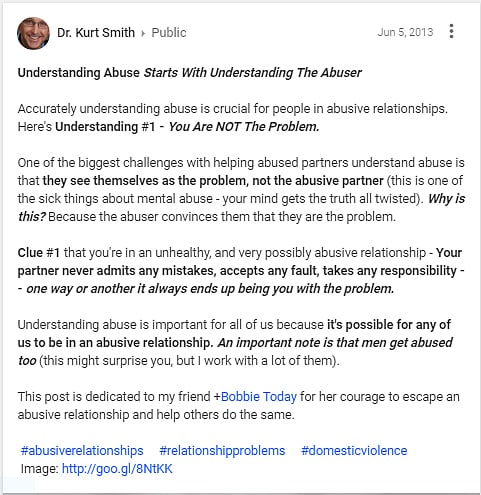 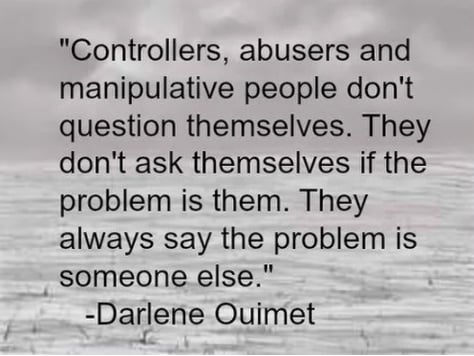 Sadly, a lot of people who are in abusive relationships don't even recognize it. They often believe they have the problem, not their abusive partner, and that they do have things they need to change or do better. For instance, some of the men who come to me for anger management classes are in relationships with abuse, and not just because of their anger. While these men legitimately need to learn to manage their anger, they also need to understand that some, and sometimes much, of their anger results from another wrong in their relationship - their abusive partner.

What's typical in cases of relationship abuse like this is that the anger management problem that arises out of the frustration of dealing with the other partner's abuse is the only problem identified. The abusive behavior by the partner that is causing the angry responses gets ignored. It is possible for both partners to become abusive towards each other, but it isn't so important establishing which abuse is worse as it is that both partners will admit their problem behavior.

Recognizing Abuse In A Relationship

So how do you tell if you may be the victim of relationship abuse? As I wrote in the social media post above, "Clue #1 that you're in an unhealthy, and very possibly abusive relationship - Your partner never admits any mistakes, accepts any fault, takes any responsibility -- one way or another it always ends up being you with the problem."

Name-calling, put downs, never saying anything loving, controlling behavior, it always being your fault, are all forms of relationship abuse. And throughout these there's one consistent trait -- it's always about them. Abusers won't recognize the needs of their partner. Their needs always come first and are the only ones that matter. More importantly, they don’t – or won’t – recognize that they’ve done anything wrong. They will continually justify their behavior by saying it’s the fault of their partner and they deserved it. In the abusers mind they're always right.

What's that look like in real life? Take a look at Ray Rice, the former NFL player I described earlier. After he punched his fiancee and the video of it became public, Rice held a news conference where he apologized to everyone but the person he knocked out. He later told teammates that he had no choice but to defend himself.

If you've got a partner who thinks and talks like Rice, then you need to look closely for these signs of relationship abuse. Remember, it can be hard to spot. Rice wasn't just physically abusive, he was emotionally and mentally abusing his fiancee as well by not owning the truth about his behavior. And it’s very likely that things were even worse behind closed doors. It can be hard for all of us to admit when we are wrong, but when we have a partner who never does that, then that's a warning sign of relationship abuse.

Editor's Note: This post was originally published August May 31, 2015. It has been updated for accuracy and comprehensiveness.