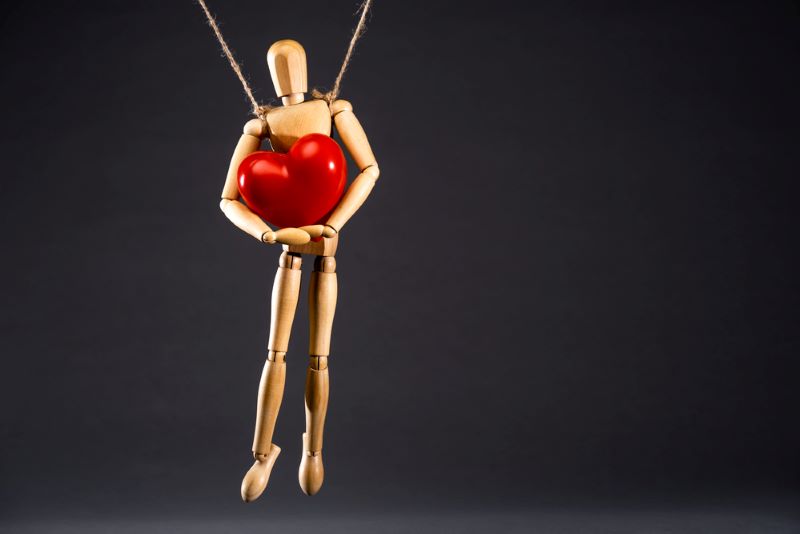 “I really hate baseball, but it’s important to Derek that we go to the game together.” At first glance you may think this is a statement of loving compromise made by a wife in order to spend time with her husband. But once you know more you’ll realize this is actually a sign of emotional manipulation in a marriage.

Emotional manipulation in marriage can be hard to see because those who use it are often quite adept at disguising it.

Many spouses who are the victims of emotional manipulation in their marriages believe even if they’re unhappy or doing things they don’t really want to, they’re doing it for the greater good and because they love their spouse.

Let’s read the rest of her statement.

“I really hate baseball, but it was important to Derek that we go to the game together . . . So, I cancelled my plans with my girlfriends because it seemed like he’d be hurt if I didn’t go with him.”

Do you see it now?

If you’re saying, “Eh, maybe. But I still think she’s just being a nice wife,” then let’s look at emotional manipulation in greater depth.

What Is Emotional Manipulation?

In order to recognize when emotional manipulation is occurring in marriage, it’s necessary to first understand what it is. Many assume they’d know it if it were happening to them and that it’s something that only happens in troubled, unhappy marriages.

While those assumptions may hold true some of the time, they aren’t always a given.

Emotional manipulation in a marriage occurs when someone attempts to sway their partner’s thoughts, behaviors, or actions by leveraging their love and loyalty. It’s generally covert, and the manipulated partner may even feel they’re doing things and making choices without being influenced.

Manipulation in a marriage typically weaponizes the love between spouses, their lifestyle, or even their children. Whatever is being used, the ultimate goal for the manipulating spouse is to get their way or control their partner.

Neither of these things are healthy or appropriate.

Emotional manipulation in marriage can go unchecked for a long time. This is typically because partners haven’t recognized the signs of the manipulation that’s happening or they don’t understand why it should be different.

Of course, in that moment it didn’t seem like manipulation. In fact, she may have felt flattered that her husband wanted to be with her. This is just one example of how emotional manipulation can be disguised as love.

So, if it can be that tough to see, how do you know if you are indeed being emotionally manipulated within your marriage? Let’s take a look at some of the signs.

This isn’t a complete list of the signs of emotional manipulation in marriage, but they are some of the most common.

It’s important to understand that all of these signs have gradations to them. In some relationships certain behaviors may be more extreme than in others. It’s also not necessary for all these signs and behaviors to be present for emotional manipulation to be a factor in your marriage.

If I’m Being Emotionally Manipulated Does That Mean I’m In An Abusive Marriage?

It sounds bad, doesn’t it? If your spouse is trying to control you or get you to do things you don’t want to it certainly seems like it could mean you’re in an abusive marriage, right?

Emotional manipulation in marriage can very easily - and very quickly - rise to the level of emotional abuse. No partner should have power over the other or put them in a situation where they feel like they have to do things they don’t want to.

It’s very easy to hear the word manipulation and immediately think the manipulator must be bad, cruel, a malignant narcissist, or doesn’t really love their partner. Those things aren’t always true, however.

Manipulative behavior should never be accepted or normalized, but it is possible for a person to behave in manipulative ways either without realizing it or truly feel like it’s out of love. That doesn’t make it acceptable, but it might mean that it stops short of being categorized as abusive.

Let’s consider Derek again. We don’t know enough to determine his real intention or to know if the behavior in the relationship has become extreme.

But is it possible that he really wanted to spend time with his wife? Yes.

Is it possible that he truly loves her and doesn’t understand that his behavior is selfish and manipulative? Yes.

Does this make it ok? No.

Derek’s behavior is still manipulative, but whether it’s abusive would take more information to determine.

Emotional manipulation in marriage is a very slippery slope, however. Because it can be explained away or seem like “compromise” in the name of love, it can insert itself into the relationship and become regular, “normal” behavior.

Once this happens, happy and in love or not, the balance has shifted, and it almost ensures problems and unhappiness later – and yes, continuation of the manipulation can develop into abuse.

Dr. Kurt counsels couples dealing with emotional manipulation in their marriage. He’s also seen how things can become abusive. According to him,

It's really hard to see, and especially admit, that your partner is abusive. Our desire to be loved by them is just so strong that it can blind us from seeing unloving behavior. And because emotional manipulation can be so subtle, and we want to believe the best about our spouse, recognizing it in a marriage is hard. Usually partners have a sense, their gut tells them something doesn't seem right, but they dismiss, ignore, or bury that thought. Don't. In my counseling I'm regularly stopping partners while they're describing an event and pointing out to them that it's abuse. They're almost always surprised, but as we discuss why they usually acknowledge they had a sense something was off. Trust your gut - one of the symptoms of abuse is not doing so anymore."

What You Can Do If You’re Being Emotionally Manipulated

Recognizing emotional manipulation in marriage is one thing - stopping it is quite another.

Putting an end to emotional manipulation in your marriage will require a few things.

Simple, right? Sadly, no – not simple at all.

Manipulative spouses rarely own up to their behavior right away. Many don’t understand that it’s unhealthy or why it’s inappropriate. And many spouses who are being manipulated struggle with having the strength and self-esteem to push back and set and maintain the needed boundaries.

When this is the case, outside support may be needed. Marriage counseling or individual counseling if the manipulative partner refuses to go, can be very beneficial in improving communication techniques, helping partners take ownership, and getting to the root of manipulative behavior.

Just because emotional manipulation in marriage is tricky doesn’t mean it can’t be fixed, however. Your best bet for making the necessary changes is to insist on changes as soon as you’ve recognized what’s really happening.