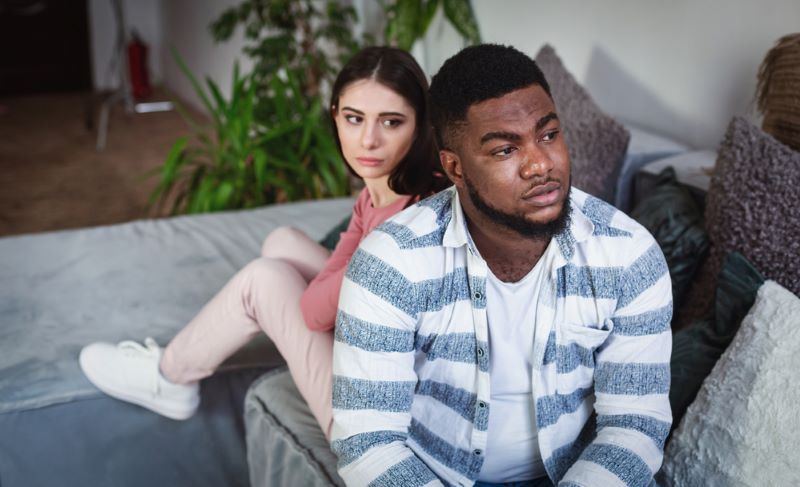 I recently ran into Gina, a woman I know socially, at a coffeeshop. As I stopped to say hello I noticed she was crying. Of course, I immediately asked if she was okay and was taken aback when she replied, “No. My husband wants a divorce, but I don’t. I don’t know what to do.”

I wasn’t expecting a response so personal. But when you’re in pain social convention often goes out the window. We sat and talked and when she left she was deeply sad but feeling stronger. When you’re saying, “My husband wants a divorce, but I don’t,” feeling stronger is a step in the right direction.

Gina isn’t the only woman who has faced this situation. Hearing from your husband that he wants a divorce can be devastating, especially when you don’t feel the same way. Even if your marriage is struggling, many women feel blindsided and find it hard to comprehend that divorce rather than saving the marriage is the option their husband would choose.

If You Don’t Want A Divorce, Why Does He?

One of the biggest questions wives have when their husband says he wants a divorce is “Why?”

Why would he throw away years together, often a family, and a life that the two of you built?

The reasons for this can vary widely. More often than not it’s because he’s become fed up with an endless cycle of fighting the same fight with no resolution. At some point, if your relationship has existed in the same rut and dealt with the same arguments for years with no resolution, it can seem like divorce is the only option.

People, especially men vs women, can have very different perspectives and tolerances for things. If your husband wants a divorce and you don’t it may be that he’s reached his limit and doesn’t see any way to end the cycle.

Of course, that’s not the only reason husbands might want a divorce.

Many men experiencing midlife crisis decide that divorce is necessary in order for them to be happy. In an effort to recapture their youth or feel like they can move on to new adventures and experiences, a man may decide that he has to shed his old life and start fresh.

Midlife crisis divorces are also often accompanied by either physical or emotional affairs. So, as painful as it is to consider, it’s also possible there is another woman, or the prospect of other women, involved in his decision.

There’s also the possibility that your marriage is creating a toxic, depressing environment and he’s tired of feeling negative, undervalued, and unloved. And if he’s feeling this way it’s likely you are too.

This is another area where personal tolerances can come into play. To determine this, ask yourself the following questions:

Without communication, respect, appreciation, and an intimate connection, relationships can easily become stagnant and negative. No one wants to look toward the future and see a life of endless negativity devoid of love and affection – including you.

If that’s all your husband can see for your future it’s possible he’s decided a divorce is what he wants, even if you don’t.

What To Do When He Tells You He Wants A Divorce

Okay, he’s told you he wants a divorce, and you know that’s not what you want. What should you do? And equally as important, what should you not do?

Let’s start with the don’ts.

In other words, don’t do anything that will make things worse.

So, if you shouldn’t cry, scream, accuse, or panic, what should you do when your husband wants a divorce, and you don’t?

The bottom line is that if your husband wants to get divorced, but you want to save the marriage you will need patience, time, and in all likelihood professional help.

If He Wants A Divorce Is It Possible To Save The Marriage?

The short answer is, yes.

Saving your marriage even after your husband has asked for a divorce is possible. But it’s only possible if you address the underlying problems that got you here in the first place.

You don’t need to wait for him to change his mind about divorce before you begin this process, however. Making an effort to change things for the better on your own can be very productive. But a marriage is a partnership and its success or failure is determined by the actions of both partners, so eventually he will need to be part of the discussion.

If your husband won’t attend marriage counseling with you there’s still benefit in attending on your own. If your husband wants a divorce and you don’t, one-on-one counseling can provide you with tools to cope, address the areas within yourself that contributed to this, and better understand how to communicate with your husband.

Dr. Kurt works with individuals and couple’s weekly who have been contemplating divorce but are looking for ways to address their differences. According to him,

Asking a husband who wants a divorce to go to marriage counseling can oftentimes go nowhere. Even more than the typical guy's response of being disinterested in counseling, talking about the marriage he wants to end is usually an even bigger turnoff. However, an alternative that often gets a more favorable response is to suggest Divorce Counseling. Now, while this may not be a topic you're interested in discussing, it will be for him - and that's the goal. Divorce counseling gives you an opportunity to work on communication, decision-making, and crucial topics like finances and kids. While these topics are part of the process of divorce, they're also necessary to discuss in order to fix a marriage. And being able to have productive conversation at this stage is the most important thing to focus on, regardless of the topic.

So, if you’re in a similar situation to Gina’s and saying, “My husband wants a divorce, but I don’t,” know that there is hope. But saving your marriage will take work and time. No amount of pleading, promises to change, or second chances will fix the problems that brought you to this point. Once you address those, however, there is a real chance for things to get better and for you to avoid divorce altogether.