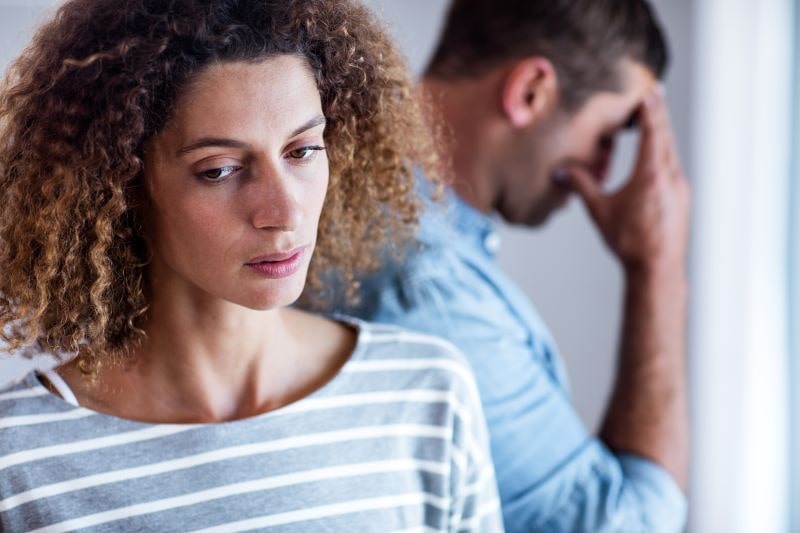 “I’m so unhappy and confused! Mike and I can’t even be in the same room without arguing anymore.”

“I’m so sorry, Wendy. What are you going to do? Do you still love him?”

Does Wendy sound like anyone you know? Maybe you yourself can identify with her situation. If so, you wouldn’t be the first person in a difficult relationship to wonder if trial separations work.

The truth is a trial separation can be tricky, but it can also be a useful tool for couples that are struggling and trying to avoid breaking up or divorce. Of course, there are a number of things to consider before you jump in. Making a trial separation work requires setting it up correctly and the agreement of both partners on expectations and boundaries.

A trial separation is really an agreement between partners to spend time apart in order to determine the future of the relationship. In most cases couples who enter trial separations have hope that they can reset and reconcile. Sometimes a little distance can help you gain perspective and see things in a more rational light. But in order for a trial separation to really work and not cause additional turmoil partners will need to come to agreement on how it will be structured and lay down some ground rules.

When A Trial Separation Is A Good Idea

Although a trial separation isn’t the same as a legal separation, it’s still a big step. Most trial separations include living apart, changes to children’s schedules, and autonomy for partners that they may be unaccustomed to navigating. No matter how you slice it these are big changes and shouldn’t be entered into lightly. So, how do you really know when a trial separation is the best step for you?

If you have become unhappy and disillusioned with your relationship, it’s hard to know what to do next. Many married couples immediately jump to the idea of divorce, but divorce should really be the very last resort for an unhappy marriage.

Marriage is tough. Most couples really don’t understand how tough it can be when they say, “I do.” And it can be cyclical with ups and downs, good times and bad – hence the verbiage in the standard vows. But when you are tangled up in disagreements over finances, kids, or life in general, it can be hard step back and say, “this too shall pass.”

And if there are bigger problems like infidelity, emotional affairs, or abuse, seeing the light at the end of the tunnel can be even more difficult. Finding a way to make things better and get a healthy balance back can be difficult. In these cases, a trial separation may be the best choice for you, especially if you believe deep down that you still love your partner.

That doesn’t mean it’s easy though.

Does A Trial Separation Work To Make Things Better?

Making a trial separation work requires something that you are probably already struggling with – good communication. It’s not as simple as one partner packing up one day and moving out, although too often it begins this way.

For a trial separation to be beneficial a couple needs to sit down and have a rational conversation about the expectations. Things that need to be considered are:

Most importantly, use this time to break destructive cycles and create new behaviors. If you have reached the point in your relationship where a trial separation is a good idea you each bear responsibility. Although one partner may have more to work on than the other, you will each need to examine your part in getting here.

Understand that these are guidelines and not rules for making a trial separation work. If at the end of the agreed upon time you each feel like you need more time, then take it. All of these can be modified to meet the needs of the individual couple. Just make sure that as you enter a separation you do your best to maintain open and purposeful communication. You may find that professional marriage counseling is invaluable in helping you set these boundaries, learn new communication skills, and resolve the problems necessary to make a trial separation really work.

Whenever I mention the possibility of a trial separation to a couple almost always at least one them asks how that can work to bring them together when they're going to be apart. For example, 'If I'm making changes how will she ever know if we're separated?' These are logical questions. And the answers are counter-intuitive, but being apart for a period of time can actually set the stage for being able to grow back together. Yes, it's possible that time apart could lead to deciding to be permanently apart. The opposite also happens too -- you get a wake up call about what's really important to you and what you value about the other person. Trial separations can work. They aren't meant to fix the relationship as much as create the desire, motivation, and circumstances that allow you to do so.”

When A Trial Separation Is Not A Good Idea

Although a trial separation can be a useful tool to gain perspective and make things better in your marriage, it’s not the right decision for everyone.

For a trial separation to work both partners need to be fully invested in the hope and possibility for success. If one partner is simply hoping to appease the other or trying to let them down easy while they plan a life on their own, a trial separation is a poor choice. It should never be used as an escape plan.

Or if trust is so broken or even non-existent that a separation will only fuel suspicions or opportunity for deception, other options to repair the relationship need to be considered.

So, to answer Wendy’s question, “Do trial separations really work?” the answer is yes, they can. When done correctly it’s very possible for a relationship to end up stronger than before. But they need to be handled correctly and both partners need to be on board with the way it’s structured. Without an agreed upon plan things will likely end up worse than where they began.