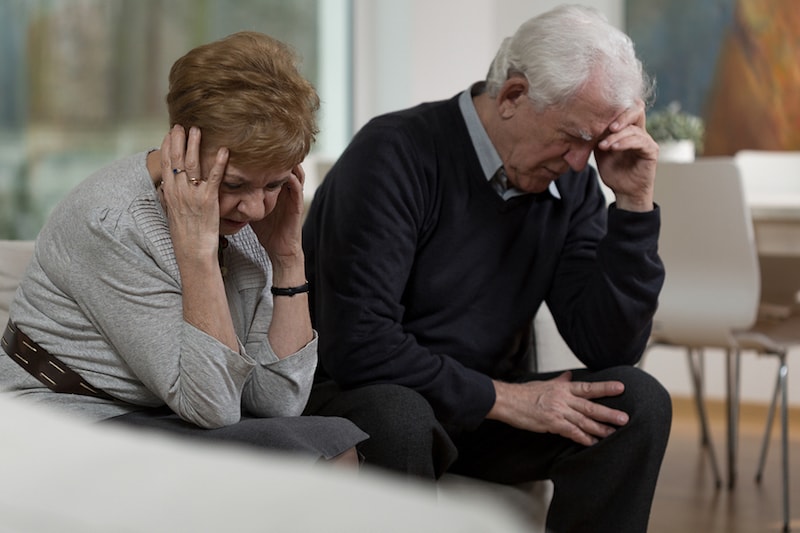 Ed came to counseling last week because he didn't know what else to do. He'd never been to counseling before, so even going to counseling that's designed for men was a big step for him to take. But he was desperate.

His wife had told him the week before that she wants to separate. Then she left for a week -- he was stunned. He was alone and lost. A partner separating can and should be a big wake-up call it certainly was for Ed.

Why Threats Of Separation Should Be Taken Seriously

Ed’s wife has threatened to leave before, he says, but this time he thinks she really means it. In the past he had assumed she was just upset and blowing off steam. This time it seems different – she seems more serious. He's probably right because when a partner gets to the point of deciding to actually separate it's usually only after a lot deliberation. Often they feel at the end of their rope with nothing else they can see to do but leave.

Like a lot of guys, Ed has been putting off for years his wife's requests to go to marriage counseling. In his mind things were never that bad. Besides, with a business to run and a family with 2 kids, who's got time for counseling he asks.

He's making time now though. He says he had no idea she was this unhappy or that their relationship was on the edge. This can be a common scenario, especially in long-term relationships. In couples who’ve been together for years it’s not unusual to take a lot things for granted, even the idea that your partner would ever actually leave no matter how many times they've threatened to do so.

Threats to leave need to be taken seriously though. Even if a partner isn’t really planning on leaving at that moment, the threat is comes out of feelings of dissatisfaction and is a warning sign. Ignoring that can mean big problems, as Ed’s case shows.

Next Steps When Your Wife Wants To Separate

Ed’s choice to attend counseling was a good one, even if it was far later than it should have been. Saving his marriage at this stage was going to require a lot of work, self-evaluation and professional guidance.

As Ed was attending counseling he did acknowledge a few things he needs to do better and that could have been contributing to his wife’s decision to leave.

"She feels that I yell at her a lot." He's not sure if that's true, but he did say he knows he gets defensive and mad, and wants to change that.

So what can Ed do? He wants to save his marriage. But is it too late?

His wife left him and then came back. She says she’s only back for the kids and until they can figure out what to do with the house. Fortunately, it takes time to end a marriage. Even though a separation can look like it's over, it actually gives Ed some time to show her things can be different.

Is there anything he can do fix his marriage? Yes!

If you're in Ed's shoes, and your wife wants to separate, give these three suggestions a try. If she hasn't left yet, but she's been asking you to go to marriage counseling, save yourself some pain and go before it's too late. Ed will tell you that counseling for men really isn't that bad and can change a hopeless situation.

Editor's Note: This post was originally published March 23, 2010, updated on January 23, 2018, and has been updated again with new information for accuracy and comprehensiveness.