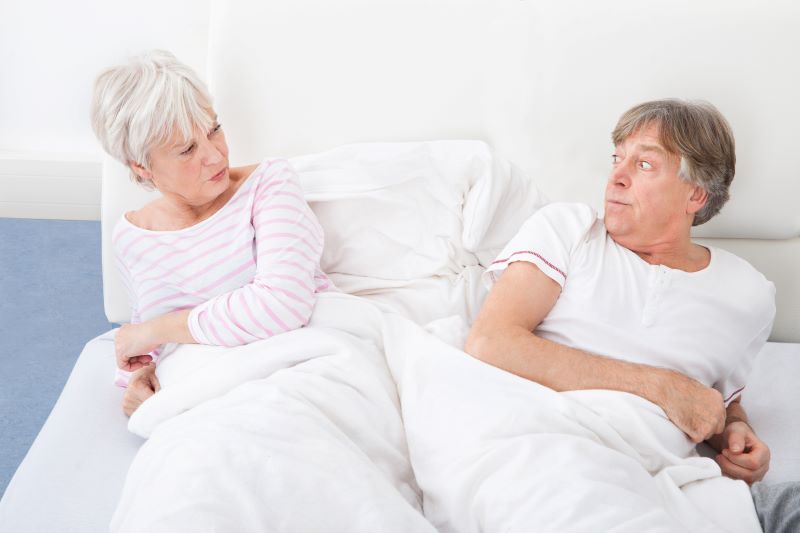 Have you heard the term “gray divorce”? What about “silver-splitters”? If you’re unsure of what I mean, read on. If you are married, being familiar with gray divorce and regrets as a result of gray divorce is important.

After 30+ years of marriage and raising a family Jerry and Kay decided it was time to split. It didn’t come as a huge surprise to their adult children, they’d seen their parents growing apart for years. But for Jerry and Kay, each at retirement age, becoming statistical members of the growing trend of gray divorces presented many challenges. They each finally began to wonder if they may eventually experience regrets from their gray divorce.

Gray divorce is a term that’s become widely used when referring to couples 50 and older splitting. Clearly a reference to the changing hair color common to this age group, the instances of divorce after long marriages has doubled over the last 20 years. With so many people choosing not to grow old together, it makes one wonder – what happened? Why split after nearly a lifetime together and are couples who do really prepared to handle the typical gray divorce regrets?

It may seem counterintuitive to those in the early years of marriage. If you’ve been married for years and years why would you call it quits after making it this far? Well, there are several reasons that couples moving into the second half of their lives choose to make a change. If you are 50 or older and have had a long-lasting marriage, the reasons below (at least some of them) will undoubtedly be familiar, even if you’re not divorcing.

These are all common reasons given for divorces during midlife and older.

We all know that life can be complicated. Marriages go through ups and downs and as time goes on the complexities and day-to-day can take their toll on partners and their connection to one another. By the time you are headed toward your golden years it’s very possible for a relationship to be more than a bit worse for the wear. And certain factors that are common to this time of life can exacerbate the weak spots exponentially.

In the case of Jerry and Kay, their road to divorce started long before they entered the gray zone. As the kid’s schedule got busier and they needed to manage work, finances, and family life, they began operating more as business partners rather than married partners. Their communication became clinical rather than personal, they stopped saying “I love you.” Overtime the romance in their marriage and intimacy became non-existent. By the time the kids left home it felt like two strangers sharing a home.

Empty nesting can be a big factor in a gray divorce. For many couples raising children provides purpose and a reason to maintain a relationship. Staying married in order to provide stability for the kids and keep the family together is a common goal for both partners. Once the children have grown and flown, however, that particular anchor dissolves. Suddenly it can feel like there’s nothing to keep you together anymore. This played a big role in Jerry and Kay’s decision to separate and divorce.

Dr. Kurt works with couples in the "gray zone" quite often. Many are trying to figure out what to do next and where to go with their relationship. When asked about couples divorcing after a long marriage he had this to say,

Many couples don't realize how much their kids and all that comes along with parenting has been keeping their marriage together. Kids are often the only connecting point between partners and when they're gone the relationship just can't function. It's not just becoming empty nesters though, retirement, serious illness, and I've even seen time with grandchildren become a thing that divides partners and leads to a gray divorce. A guy I'm counseling just ended his 37 year marriage partly over having very different viewpoints about their grandchildren. All divorces come with doubts and second guessing - and this guy has them. However, with gray divorces regrets can be even more significant."

Another factor was Kay’s sudden concern about her appearance and desire to look younger and have new experiences. It’s very possible that, after years of taking care of others, Kay found herself facing a midlife crisis. She suddenly realized that she missed her youthful self and wanted new experiences. Now that the kids were gone her current life seemed boring and without purpose. She felt like she was wasting the time she had left.

Midlife crisis for both men and women can often be a cause of gray divorce. The transition from young adult to older adult and the many changes that occur during this time can create a lot of turmoil. Most people will weather the transition fairly well, but some will experience a midlife crisis that can result in anything from affairs to a gray divorce.

Jerry never had a physical affair, but he did develop an inappropriate closeness with a female co-worker. She became the emotional support and sounding board that Kay no longer was. This relationship may not be “cheating” in the traditional sense, but it is a type of emotional affair. The connection he should have with his wife was now with someone else. As a result, Jerry felt like he was no longer in love with Kay. He loved her, after all they’d spent years together and raised two amazing kids, but he didn’t feel “in love” anymore.

After years together many couples, not just those in the gray zone, can feel like the love is gone. What most people don’t realize is that staying in love doesn’t happen without work. When a relationship is neglected love will fade. It doesn’t have to mean that it disappears completely, it is actually possible to fall back in love with your husband or wife, but it takes work on both parts to bring the love back.

Jerry and Kay are typical of most couples that are going through a gray divorce. Without even realizing it they managed to check all the boxes for marital discontent. The big question is whether they will end up with gray divorce regrets.

Those who divorce later in life may have spent years dreaming about it and the positives that will come from being single. They can date other people, have sex with someone new, go wherever they want, no one will nag them, the list goes on. But the reality of divorce is never as positive as it may seem. In fact, many people who divorce, especially those who divorce late in life, will experience regrets. Below are some things couples often don’t take into consideration when they are contemplating divorce:

All these factors can result in gray divorce regrets. The utopia that divorce seemed to offer never materializes. And these are the things that Jerry and Kay are now starting to consider.

How To Prevent Gray Divorce

Unfortunately, there’s no magic formula to preventing a gray divorce, just lots of time and effort. As mentioned (and most us know), marriage isn’t easy. The best way to ensure you don’t find yourself facing a late life divorce it to take care of your relationship before you get to that point. There will certainly be times when this doesn’t feel easy, but the time you spend caring for and cultivating your relationship with your spouse will be well worth it in the end.

This means communication, being able to change and respect changes in your spouse, effort to have new, fun and interesting experiences together, and not taking each other for granted. Yep, it can feel like a tall order. But the happiest, healthiest, and longest lasting marriages all have these things in common.

Some of you may be reading this and thinking, “Well, that’s it. It’s too late for us, we never thought about those things.” Nonsense. It’s almost never too late to try and turn things around. If you are considering a gray divorce and worried that you may regret it, there is still hope. This may very well include marriage counseling. Often, at this stage of life, the issues you face that make divorce seem like an option are complicated and difficult to sort through. The help of a professional marriage counselor can be invaluable during this process.

So, Jerry and Kay finally started to think perhaps a gray divorce isn’t the best next step. Things are tough between them and they each have personal issues that need attention, but the regrets that a gray divorce brings are far harder to face than the work it will take to fix things. I can happily tell you that Jerry and Kay have decided to go to counseling and have even taken up hiking and nature photography together, something they’ve each had an interest in trying.

If you are facing your golden years and considering ending your marriage, stop and consider what you may have to lose versus what you have to gain. Chances are, much like Jerry and Kay, you will find that gray divorce regrets aren’t worth it.