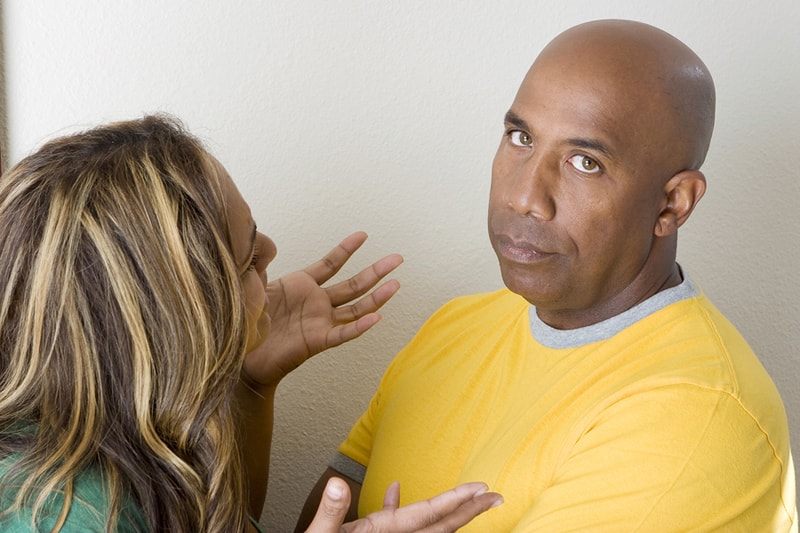 We have all heard the complaint – “My wife is such a nag,” or the angry demand to “Stop nagging me!” as the poor, frustrated husband rolls his eyes and tries to get away. But what is a nagging wife, really?

The dictionary defines nagging as “continually faultfinding, complaining, or petulant.” It’s a term most often applied to wives by husbands. Referring to a woman as a nag, or a spouse as a nagging wife, is a common stereotype that goes back decades.

Although being a nagging wife is seen as an insult or derogatory characterization, many men who love and respect their wives are still likely to say, “Yes, my wife has nagged me.”

But is that all it takes to make her a “nagging wife?”

What Does It Mean When You Say Your Wife ‘Nags’?

Wife says to husband, “Can you pick up your clothes in the bathroom?”

An hour later wife says, “I asked you to pick up your clothes.”

“You said you would pick up your clothes! Was that too much to ask? I guess I have to do everything for you!”

Husband, looking irritated says, “Can you just stop nagging me?!”

So, is this wife nagging?

Well, the answer depends upon your perspective and whether you have good communication skills or poor ones.

It’s possible that the husband fully intended to pick up his clothes but hadn’t gotten to it yet. Perhaps he intended to do it next time he was in the bathroom.

It’s also likely that the wife intended for the clothes to be picked up within minutes of her request, and only got frustrated and angry when it took longer.

The problem here is the level of communication.

The wife did not make clear her expectation and the husband never clarified his intention. The result is that both ended up frustrated, and the wife, who asked for the same thing to be done more than once, is seen by the husband as a nagging wife.

Is that really fair?

By this logic maybe we should also consider the husband lazy?

Although the term nagging is typically applied to women, it’s something men are guilty of as well. Men, however, are often depicted differently when it comes to this behavior.

A man who nags is often referred to as demanding or domineering, and masculine nagging may literally sound a bit different as well. A nagging wife might whine or plead, whereas a husband may yell and command.

So, while women are considered irritating when they nag, men are often looked upon as tyrannical, controlling, or having anger issues.

This is due in part to nuances when it comes to the way each gender speaks and communicates.

There are volumes written on communication tendencies tied to gender and why men and women behave the way they do. For the purposes of this article and topic – understanding a nagging wife - we can sum it up by saying that women typically employ more non-verbal communication techniques and feeling based words, whereas men are often more directive and less apt to refer to anything feeling based.

This may make the form of their nagging different, but the effect of repetitive complaining and fault-finding is the same. And both men and women can be guilty.

Can Nagging Harm A Relationship?

It isn’t the nagging per se’ that causes the damage, but rather the underlying emotions that result when the nagging occurs.

Consider the scenario above.

By the time the offending clothes had been picked up by the wife she was feeling disrespected by her husband and put in a subservient role. While the husband on the other hand was feeling picked at and as though his wife was being unnecessarily controlling.

The result is a couple frustrated with one another in a way that could have been completely avoided.

Breakdown in communication is one of the most common causes of marital problems.

“He just doesn’t understand” and “She doesn’t get me” are frequent complaints.

Dr. Kurt hears things like this in his practice quite often. According to him,

It's important to understand all of the reasons why your wife nags, which could be about much more than just what she says to justify it. While nagging is a poor communication method, it can be driven by a partner having a pattern of making promises and not delivering. Commonly partners will complain that their significant other won't do what they say they will do, doesn't get tasks completed, and that they can't rely on them. This results in feeling disrespected, ignored, unimportant, overburdened and unloved. These are just some of the feelings that fuel nagging and make it about more than just wanting to be in control. Similarly, the husband can have feelings that contribute to his lack of cooperation as the vicious cycle of nagging by her and ignoring by him spins the relationship out of control.”

Communication can breakdown at any point in a relationship. It doesn’t, however, have to signal the end of what was a happy marriage.

Lives get busy and people, especially couples, are prone to making a lot of assumptions about what each other understands from their communication.

At the beginning of a relationship couples are more likely to take the time to ensure they understand one another. As the relationship matures, and especially after years together with life, kids and work, the need to continue making that effort can be completely overlooked.

How Do You Get Her (or you) To Stop Nagging?

Quick answer – better communication and going back to making the effort to understand each other the way you once did.

Of course, that’s not as easy as it sounds.

Once poor communication, like nagging, has become habitual it can be hard to get things back to good. Unfortunately, there’s no formula or magic words for breaking bad habits or the communication cycle that created it.

Changing a person’s propensity to nag as a means to get results will need both people to consider the way they’re handling the things that trigger it. It will also require,

The later can be one of the biggest challenges.

At minimum this communication breakdown will need a reset.

Couples will have to take some time to step back and reevaluate how they communicate and start making the effort at working together again. If it goes on too long, this breakdown can lead to hurtful statements and resentment.

These things can be harder and take much longer to get over. In these circumstances getting things back to happy and healthy may also take the help of a counselor.

People often become defensive when told they need to change, especially with a behavior like nagging.

Because it comes down to communication skills it can seem personal, and can be easy for each person, nagger and naggie, to feel like they are justified in the way they are handling things.

Being told they’re part of the problem can be hard to accept. Once they realize that they each need to make changes, having the patience to do so will require effort and take time.

So, do you really have a nagging wife?

But it’s very possible that you contribute to her behavior. It’s equally as likely that you're doing the same thing yourself – it just gets called something different.

In fact, the most likely scenario is that both of you have fallen into bad habits like:

Put all these things together and it’s a recipe for not only falling back on nagging as the default form of communication, but also unhappiness and even eventual divorce.

Nagging in any of its forms is not a useful communication method in a marriage or any other relationship. It is, however, a clear sign that you need to take a closer look at the way you and your spouse are communicating overall. Just try not to nag each other as you do so.

Editor's Note: This post was originally published July 5, 2018, and has been updated with new information for accuracy and comprehensiveness.